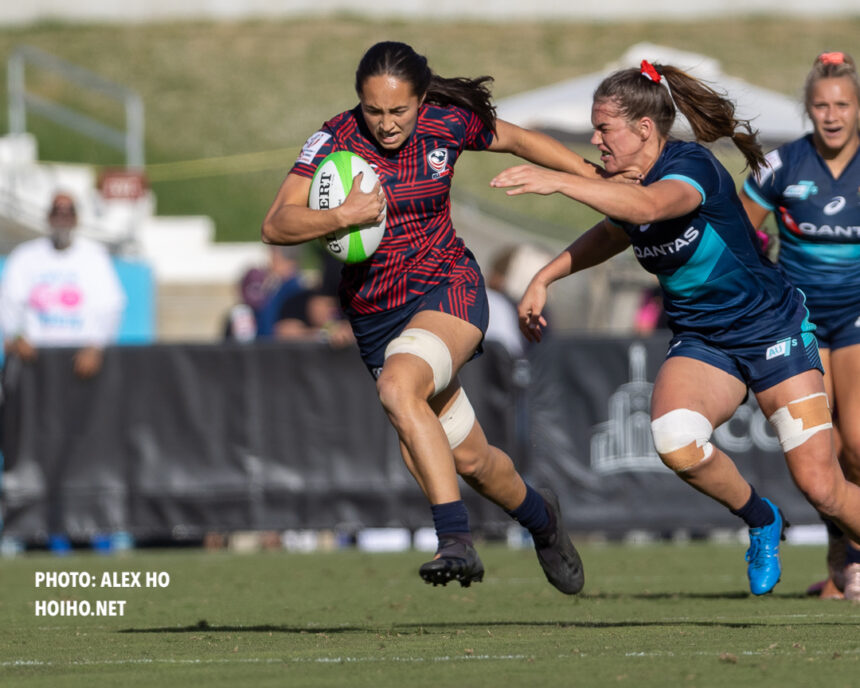 The USA and Australia women’s 7s teams spent last week at the U.S. Olympic and Paralympic Training Site in Chula Vista, Calif., and then migrated to the Los Angeles Memorial Coliseum on Sunday, March 13. The iconic stadium was host to the Major League Rugby match between the Giltinis and Utah Warriors, and the women’s teams 7s took the pitch before, during and after the 15s match. 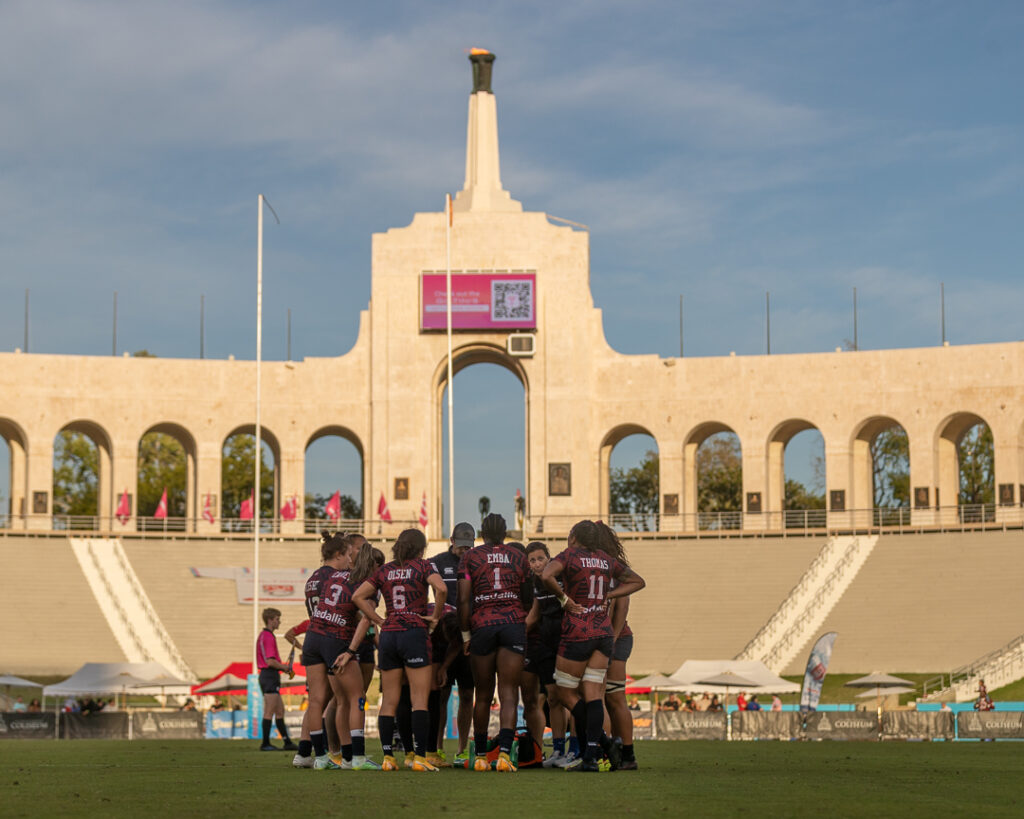 Both programs ran two squads, essentially first and second sides, although there were players who featured on both of their respective teams. Notable omissions from the USA included Naya Tapper and Nicole Heavirland, and a couple of younger players like Leila Opeti and Alex Wantlin – all of whom were present on the sidelines. Jordan Matyas returned to the pitch as well, having undergone surgery after the Olympics. She celebrated with a try in the day’s third match. 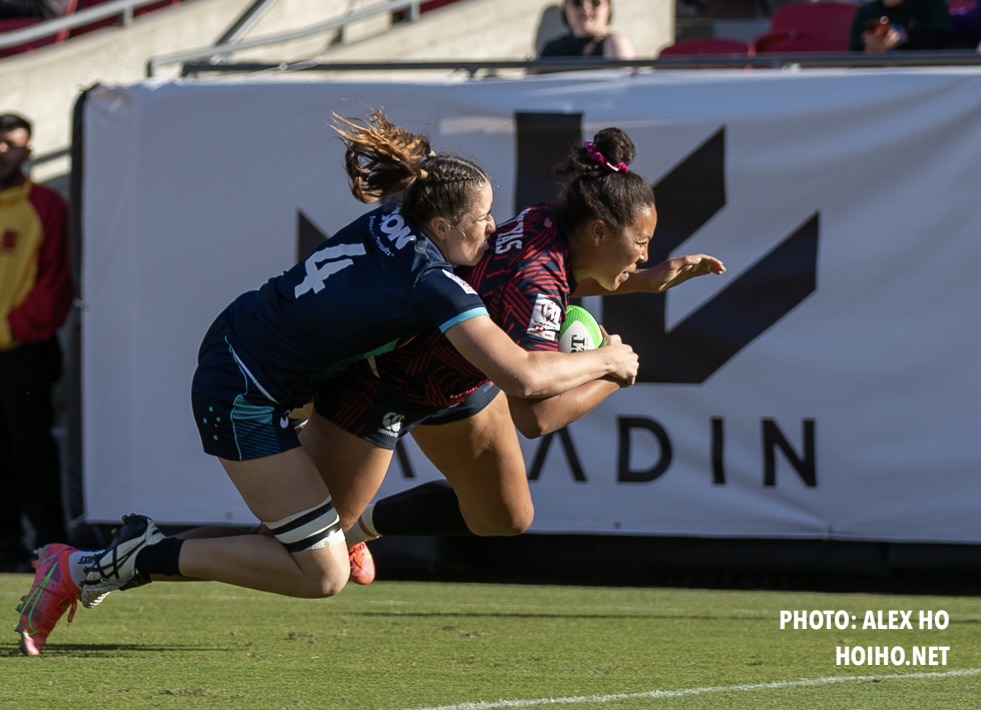 The games occurred before, during halftime and after the final whistle – although not all of the runouts were full 7s matches. The first sides played competitive games, and Kayla Canett scored the first try all day. The SoCal native hit a gap full-speed and backed her pace into the corner. Australia answered with two tries on either side of the break for the 14-5 win. The rematch occurred after the final whistle, with the MLR teams forming a tunnel onto the pitch. Australia’s ability to tie up the U.S. in contact and counterattack with confidence and connectivity aided a 15-0 win. 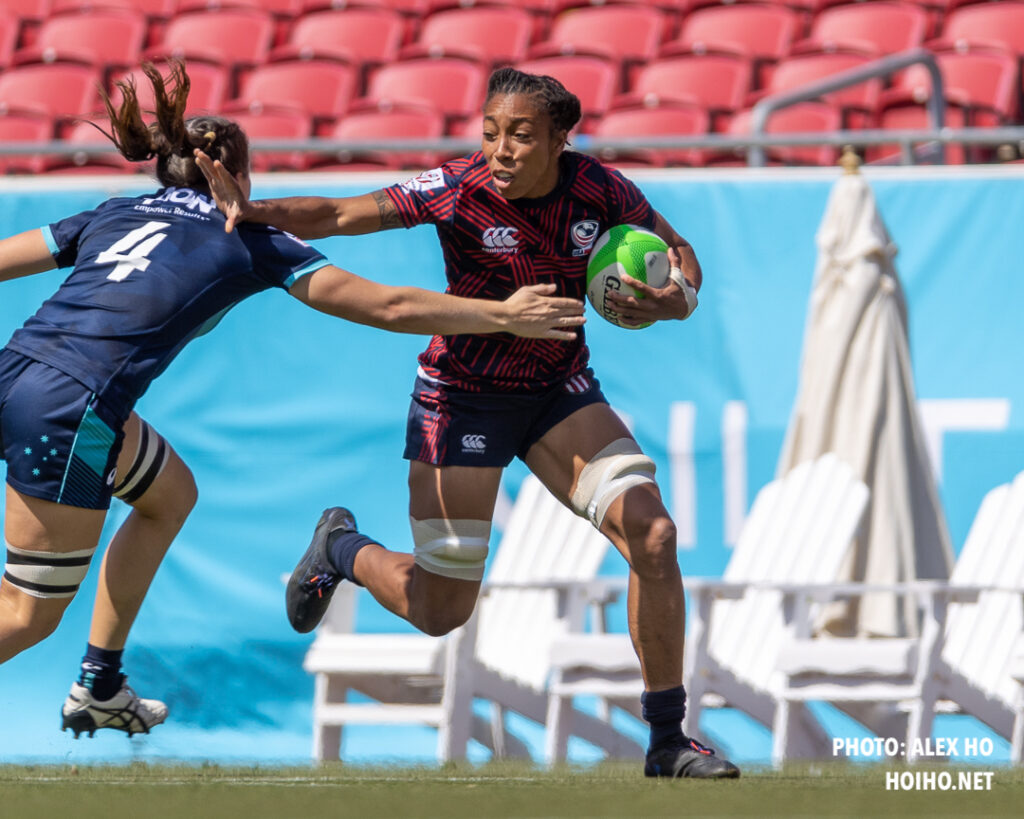 Australia won the second sides’ games as well. Players like Nana Fa’avesi and Matyas brought good experience to an otherwise young squad, which included both teenagers and uncapped players. In the first game, the U.S. only trailed by two tries at halftime, but the visitors stretched their legs in a 41-0 final. The rematch was one 10-minute long period, and Australia put down a 31-5 victory. Matyas accounted for the score. 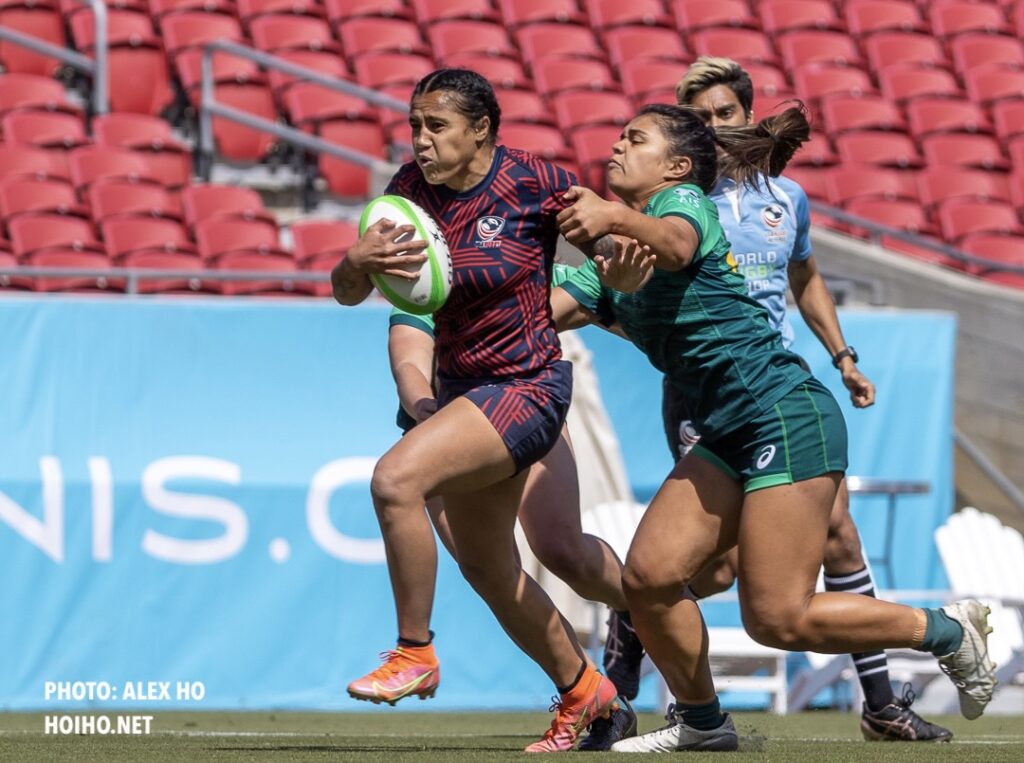 The next HSBC World Rugby Sevens Series event is April 30-May 1 in Langford, B.C., Canada. The final series stop is May 20-22 in Toulouse, France. The Rugby World Cup Sevens 2022 is Sept. 9-11 in Cape Town, South Africa, so ideally there are more playing opportunities in the works. 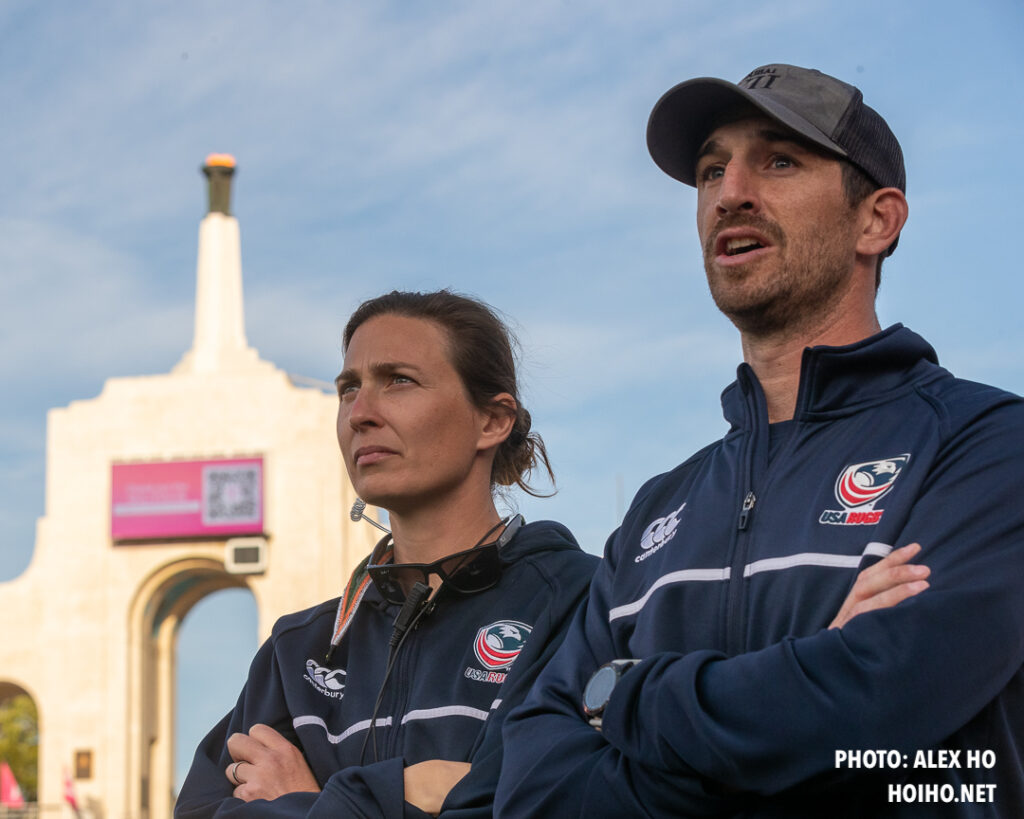