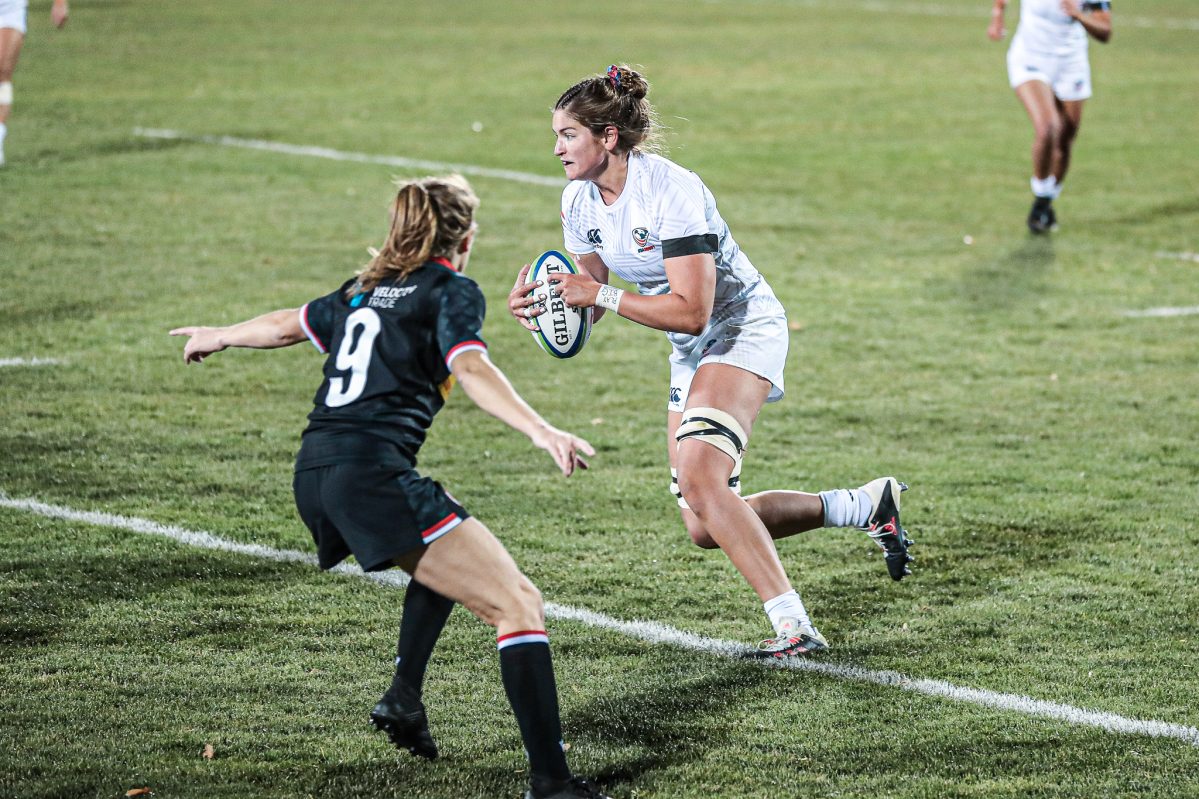 USA RUGBY – Head Coach Rob Cain has made 12 changes to his roster for the USA Women’s XVs National Team’s final home test of 2021 against Canada this Friday at Infinity Park in Glendale, Colo. Part of the Pacific Four Regional Series, Coach Cain and his side will seek retribution for Monday’s 9-15 loss in what was the first return to test match rugby in two years.

“Full credit to Canada, they took their limited opportunities and unfortunately we weren’t able to when it mattered. Test match rugby is unforgiving. The speed and physicality are at another level and this first test match in 2 years is a very important reminder that we need to get that extra level of precision right in real time when it matters.

“As a team, with and without the ball, we are making better choices than before, creating more pictures that we want, when we want them. In this next test match, we need to see these pictures quicker and execute at the level we showcase all week in training.

“We are excited for this next group to take these key learnings and implement them in real time as we continue to push on with another improved performance.

“Thank you to all those who supported us in-person on Monday. It was such a special occasion for the players to have you all there. We can’t wait to hear from you all again this Friday.”

On Monday, the Women’s Eagles and Canada returned to test match rugby for the first time in two years. The squad played through jitters in the first half for what was a physical contest for all 80-minutes. Handling errors and basic mistakes kept the ball bouncing between sides as both teams tried to find momentum in attack. Canada scored two tries while the USA took every opportunity for points by way of three penalties from Megan Foster. The United States had its match winner over the line in the final minutes but the Canadians held it up and penalties ruled the rest of the game. Disappointing as it was, the USA showed promising defense in its allowance of only two opposition tries. Last time the Eagles took the field against their rivals in 2019, margins were much higher between the two sides.

Friday allows Coach Cain to continue testing combinations on his roster as players make the transition from Daily Training Environments and intrasquad scrimmages to formal international competition. Canada are a well-coached and talented team who will be more prepared for the Eagles and cold weather conditions in Colorado. Despite all the variables weighing for or against each side, the two rivals have less than a year before they meet at the World Cup in New Zealand, meaning every mistake and opportunity for points counts tenfold in the grand scheme of tactical planning preparation.