USA Prepares for Pacific Four in NZ this June 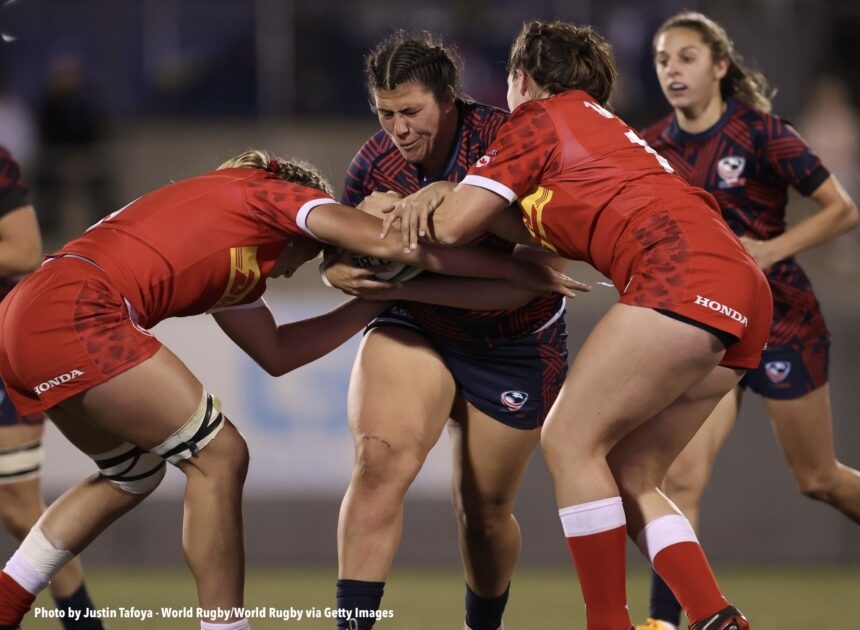 DUBLIN, IRE – World Rugby has announced that New Zealand will host the 2022 edition of the Pacific Four Series in June as four of the world’s top teams go head-to-head prior to the kickoff of Rugby World Cup 2021, playing in 2022. The pre–Rugby World Cup tournament will be contested by New Zealand, Australia, Canada and the United States, where the cross-regional, annual international competition acts as one of the principal qualification routes for the top tier of WXV in 2023. Pacific Four will also serve as crucial preparation for Rugby World Cup 2021, which kicks off October 8, 2022, in Auckland, New Zealand.

GET TICKETS TO RUGBY WORLD CUP 2021

The competition will take place over three match days on June 5, 11 and 17 (US timezones) across two of the venues set to host Rugby World Cup 2021 – The Trusts Arena, Waitakere and Semenoff Stadium, Whangarei. Eligible fans will be able to purchase pre-sale tickets via Ticketek from May 3, then tickets will go on general sale starting May 10.

Head Coach Rob Cain noted: “We know there is an exciting challenge the Pacific Four will present to us as a group, with the opportunity to play New Zealand, Australia and Canada back-to-back. Not only will we have a chance to play in New Zealand with a real feel for the atmosphere, crowd and country ahead of the Rugby World Cup, but we’ll be able to test our game models and continue to learn about us as a group against some of the best in the world.

“There will be lots more exciting news to come around our continued Rugby World Cup preparation, but I know the players can’t wait to showcase their hard work and impressive club form as we aspire to build momentum off the most recent Wales and WPL Selects showings in March.”

The World Rugby-funded Pacific Four Series originally soft launched in 2021 when the United States hosted Canada in November at Infinity Park in Glendale, Colo. Tightly contested on both occasions, Canada would win both matches. Owing to challenges presented by the global pandemic, Australia and New Zealand were unable to participate in year one of the Pacific Four Series, and as such, the full four-team format will debut this June, creating a bumper schedule of competitive fixtures.

The primary objective of the Pacific Four Series is to increase the reach, competitiveness and value of women’s rugby, adding to a fully aligned global calendar for the world’s top players which will begin in earnest in 2022.

Aside providing an opportunity for four Rugby World Cup 2021 qualified teams to gain meaningful game time in the lead-up to the pinnacle tournament, the Pacific Four Series is one of the principle annual qualification routes for the top tier of WXV, with the top three-placed teams competing in WXV 1 and the fourth-placed team competing in WXV 2 from 2023 onwards.

World Rugby Chief Executive Officer Alan Gilpin said: “World Rugby is committed to increasing the competitiveness of the women’s game at the elite level through high-performance competitions. The Pacific Four Series comes at an exciting time in 2022 as these four teams look to build on their preparations for Rugby World Cup 2021 as well as looking further afield to WXV in 2023.

“In addition, the Pacific Four Series will also provide fans with an exciting opportunity to witness four of the world’s top teams in action prior to Rugby World Cup 2021, giving them a taste of what they can expect to see in October and November this year.

“Preparations for Rugby World Cup 2021 are progressing at a rapid pace, and it is fantastic that we will be using The Trusts Arena in Auckland and Semenoff Stadium in Whangarei for the Pacific Four Series in June. This is an incredibly exciting year for women’s rugby, especially for New Zealanders, and we look forward to what will be two great showcases of the women’s game in the country.”

Black Ferns Director of Rugby Wayne Smith said the Black Ferns are looking forward to vital Test match rugby: “It’s been a long time since we have played Tests in New Zealand. We know how important it is for us as a group to get these Tests but also how important it is for New Zealand as a country to have the opportunity to get excited about women’s rugby in the build-up to the World Cup.”