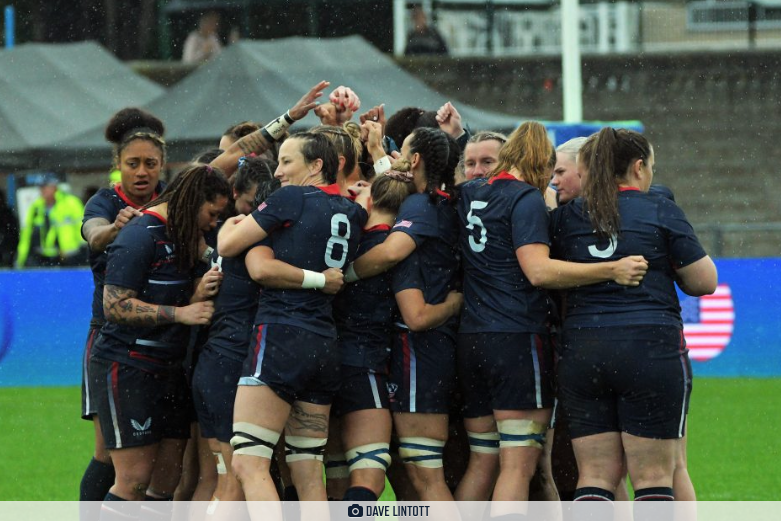 [USA RUGBY] Following a torrential rain-soaked clash with Canada in the opening round of the 2022 Pacific Four Series against Canada, the USA Women’s National Team XVs have traveled north to Waitakere, New Zealand, for their next fixture against Australia. The USA Women’s Eagles now welcome nine players from the Allianz Premier 15s Final, including that of Captain Kate Zackary. Head Coach Rob Cain named the match-day 23 for the second of three fixtures with several changes from the opening round roster. USA vs Australia kicks off on Saturday, June 11 at 8:15 p.m. ET and will be streaming live on World Rugby YouTube and the Pacific Four Series page of the World Rugby Website.

The Women’s Eagles have not played Australia since the 2014 Rugby World Cup in France, a match the USA won 23-20, with a roster including current Assistant Coach Jamie Burke starting at prop. Of that 2014 squad, Hope Rogers will again take the pitch against Australia in this Saturday’s match.

While certain consistencies can exist within union play, fans can expect an all new marker to unfold for both teams as new rosters, coaching and experience run out this weekend at Trusts Arena. The Wallaroos faced host New Zealand in the first round of this year’s tournament, jumping out to a 10-0 early lead before turning scoring over to the Black Ferns in an eventual 23-10 loss.

Both teams will look to regain momentum and find clean footing in this weekend’s fixture. Captain Kate Zackary, Hope Rogers, Rachel Johnson, Carly Waters, Megan Foster, Gabby Cantorna, Alev Kelter, Charlotte Clapp and Jennine Detiveaux have all landed in New Zealand and will provide a supportive boost to the squad as well. Saracens’ Clapp will also make her USA debut starting at wing this weekend. The capped 7s and 15s player for England used the birthright transfer with World Rugby to compete for the United States.

“Thank you to Amy [Talei Bonte], McKenzie [Hawkins], Shelby [Lin] and Sam [Sullivan], who have now left New Zealand. They really added to the group and all left their mark,” USA WNT head coach Rob Cain told USA Rugby. “Our new arrivals have come in excited, eager and have matched the original group’s energy on the ground in terms of their focus. To now have 28 players on the ground has added a great dynamic to our three training days benefitting all the players.”

Looking back on the Canada match, Captain Kristine Sommer noted on improving the USA lineout, set piece and execution; matters the team has put a focus on and proved to be challenging in the weather. Potential rain is again in the forecast for Waitakere, so the opportunity is there for the USA to take learnings from the first rainy environment, execute phases and look to compete in the possession battle for round two, as they similarly target the go forward battle allowing more space to open up for the outside backs to enjoy.

“Australia are a real threat and have shown over the last two months and three test matches in that window that they can win both the physical battle, kicking battle and enjoy playing to the wide spaces when they are given the opportunity. It’s the first time we have had this match day squad together as a collective, and even though we have only had three days together, we are already starting to see combinations and experience come together.

“As a Collective we are looking to put our best foot forward against Australia, we didn’t ask enough questions of Canada in the middle part of the game and this game gives the players the perfect platform to remedy this so soon.” 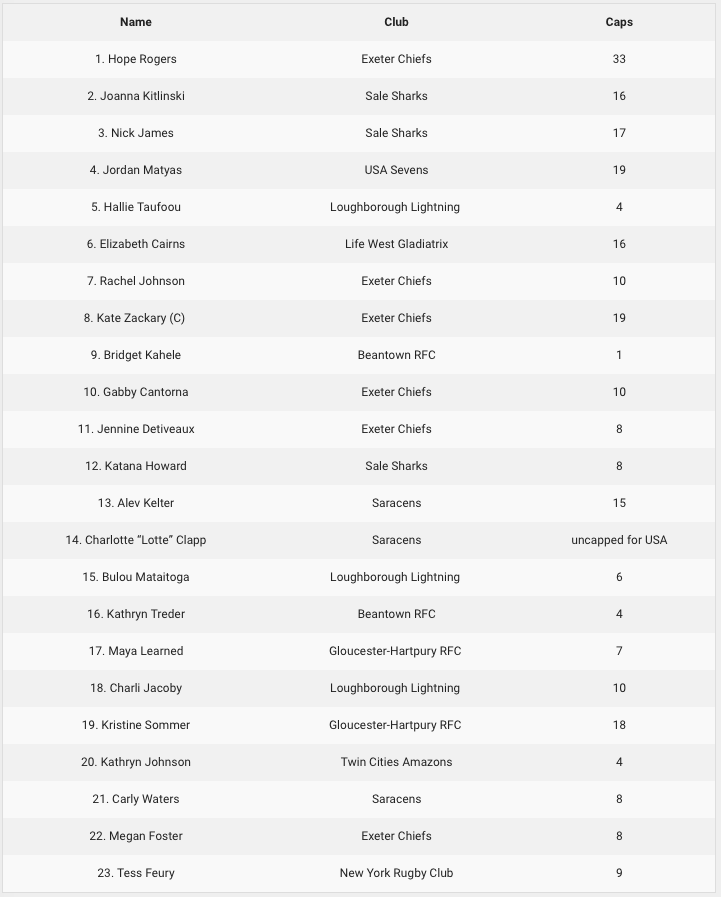