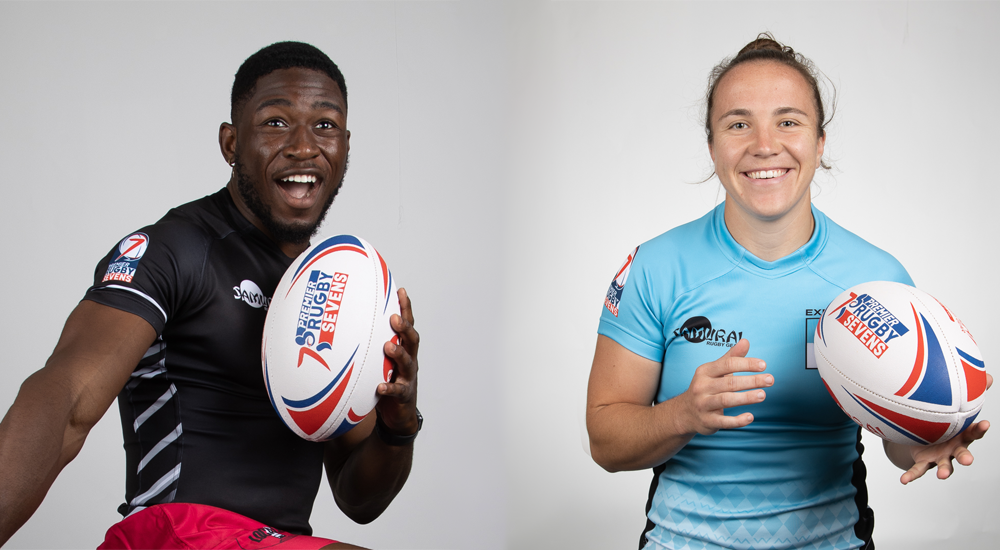 USA RUGBY – Premier Rugby Sevens (PR7s) is the world’s first professional 7s league that features men’s and women’s competitions. The organization will debut with a one-day championship on Saturday, Oct. 9 at AutoZone Park in Memphis, Tenn. The first six hours will be live-streamed on Fox Sports, and the final two hours will be broadcast on national television on FS2.

PR7s is a completely new organization, and the leadership thoughtfully curated its founding principles to guide the evolution of the league. Parity is a major tenet, and it is reflected in how the company compensates its players, markets the league, shares resources and airtime between the men’s and women’s teams, and more. PR7s sets the example for how things should be, and the hope is that this model stokes the growth of North American rugby.

“For us, being a new league, we had an opportunity to do something special from the get-go, which was to not differentiate between our male and our female athletes,” PR7s CEO Owen Scannell said. “That starts at the basic stuff that you might not consider off the bat – same access to high-performance coaching, high-performance facilities, same quality of travel, quality of hotels. It goes well beyond equal pay. Everything is the same across the genders. There isn’t a different budget for the individual men’s or women’s teams; it’s one unified approach.”

Kellie Cavalier is VP of Operations and also a former USA Rugby employee. Cavalier ended her nine-year tenure as VP of International Events, and for three-and-a-half years served as team manager for the USA Women’s 7s program.

“This is an opportunity that doesn’t exist in some other countries where rugby culture is so ingrained and men’s rugby is valued significantly over the women,” Cavalier added. “Sevens is a real opportunity to make it very equal. The women who are at the pinnacle of participation on the national team, they’re phenomenal athletes, as good as the men, and they in particular do a great job of their self-promotion. They have incredible followings from fans, and they work to build their following. They’re interested in being the face of PR7s and they’re excited about being involved.

“As attention is paid, audience grows,” Cavalier continued. “Look at the WNBA during the pandemic, how successful they were when they had the opportunity to be in front of the whole nation. People wanted to watch, and they did. So from our perspective it was never a question of, ‘Oh, let’s add the women.’ It was always, ‘This is a women’s and men’s league.’”

Naya Tapper committed to PR7s as soon as she learned of a professional league that would fit into the USA 7s schedule. Tapper captains the Headliners and is one of several Olympians competing in the tournament. She actually spearheaded the Talent Transfer Project, which seeks to identify potential rugby players in other sports, mimicking Tapper’s pathway to rugby. In collaboration with USA Rugby High Performance, the Talent Transfer Project saw over 100 applications from athletes in Memphis, TN and Tapper’s home, Charlotte, NC.

“Obviously, compensation,” Tapper retraced the decision to join PR7s. “Nobody likes to work for free, and we work really hard. So being compensated, that was one of the great things. Equality of pay was another great thing. Opportunities for women to play professionally was another great thing. And just having a pro league in the U.S. in general for women and men is great because again I was focused on how I can spread as much awareness of this sport, and I think this is going to be one of those ways.”

There are 120 rugby players who are in Memphis and readying for the championship on Saturday. Ros Chou is head coach of the Loggerheads and USA Rugby Diversity, Equity & Inclusion Committee Member.

“I’m certainly humbled and honored to be coaching this,” Chou said. “There was that appeal of working with that high of a caliber of athlete certainly, as well as my own development as a coach. And they were going to make this a marquee event built on the men and the women, which was really important.

“I think it’s unfortunate that it’s significant, right? We should be past that, obviously,” Chou pivoted on the equal-pay point. “What I love about rugby is that we’ve always had the same game for the men and the women. The athletes are training as much; they’re playing the same game. For PR 7s to recognize that equal pay is important, it’s just – it should be the standard and since it’s not, it’s great that they’re doing what they should be doing.”

PR7s has taken that charge seriously. The organization is composed of sport professionals, many of which have been involved with rugby, and decision-makers stayed open to new viewpoints and different backgrounds. If there was an opportunity to reinvent and create a better event, then PR7s wanted to be primed to hear it.

From a rugby services standpoint, Cavalier described a structure that didn’t advantage one team or player over another. Everything from the meals, to the amount of training time, to the modes of transportation are the same for everyone. The format of the event itself is also different from the traditional World Rugby Sevens Series tournament.

“The presentation of the event is broken up into two phases – not ‘men’ and ‘women’ but ‘pool play’ and ‘finals,’” Cavalier said. “We have a stream for the first six hours and then we have national t.v. for the last two hours. And the production quality for the first six hours is exactly the same for all teams, and the production quality for the last two hours is the same for the men and women. That is something that is so infrequent in women’s sport. Even in international competition, a lot of times the women are on the secondary field, or if they’re playing earlier, they don’t have the same number of cameras. … So it’s not only player support but the promotion of what we’re doing is trying to be equal across the whole league.”

“One thing we really made sure we did was make sure that our platforms showcase our men’s and women’s athletes equally,” Scannell said. “That’s a very deliberate thing we try to do. It’s something that our graphic designers and the people who put out our content are very cognizant of.”

The majority of athletes arrived in Memphis on Sunday, and media day followed on Monday. This week the players will train, feature at community events, have an off-day to explore the city, and then Saturday it all comes together.

“For me, personally, I do and I don’t [feel pressure],” Tapper looked toward Saturday. “If we go out there and win, t
hat’s fantastic. And if we go out there and lose, it’s not the end of the world. We’re still doing something great for rugby in the U.S., so it’s a win-win situation for me. But also you’ve got to look on the other side. You’re the captain. You’re a professional rugby player. You’ve been to the Olympics. There’s going to be expectations put on you personally as a rugby player. I’m going back and forth between those two: I want to come out here and have a good time and make history, but I also want to compete well and make everyone proud. Trying to have a balance between those two.”

Regardless of how the games play out on Saturday, PR7s is already counting its successes.

“From an equity standpoint, getting the athlete buy-in has been a tremendous success,” Scannell said. “It could be easy to gloss over, but getting 120 rugby athletes to buy into what we’re doing and what we’re trying to accomplish is pretty amazing.”

“I think they’re out in front and they’re reading the field in the equal airtime in the broadcast and everything,” Chou closed. “And I’m just incredibly impressed with the leaders of the organization who are making that a priority.”

Outside of North America

How to Watch PR7s