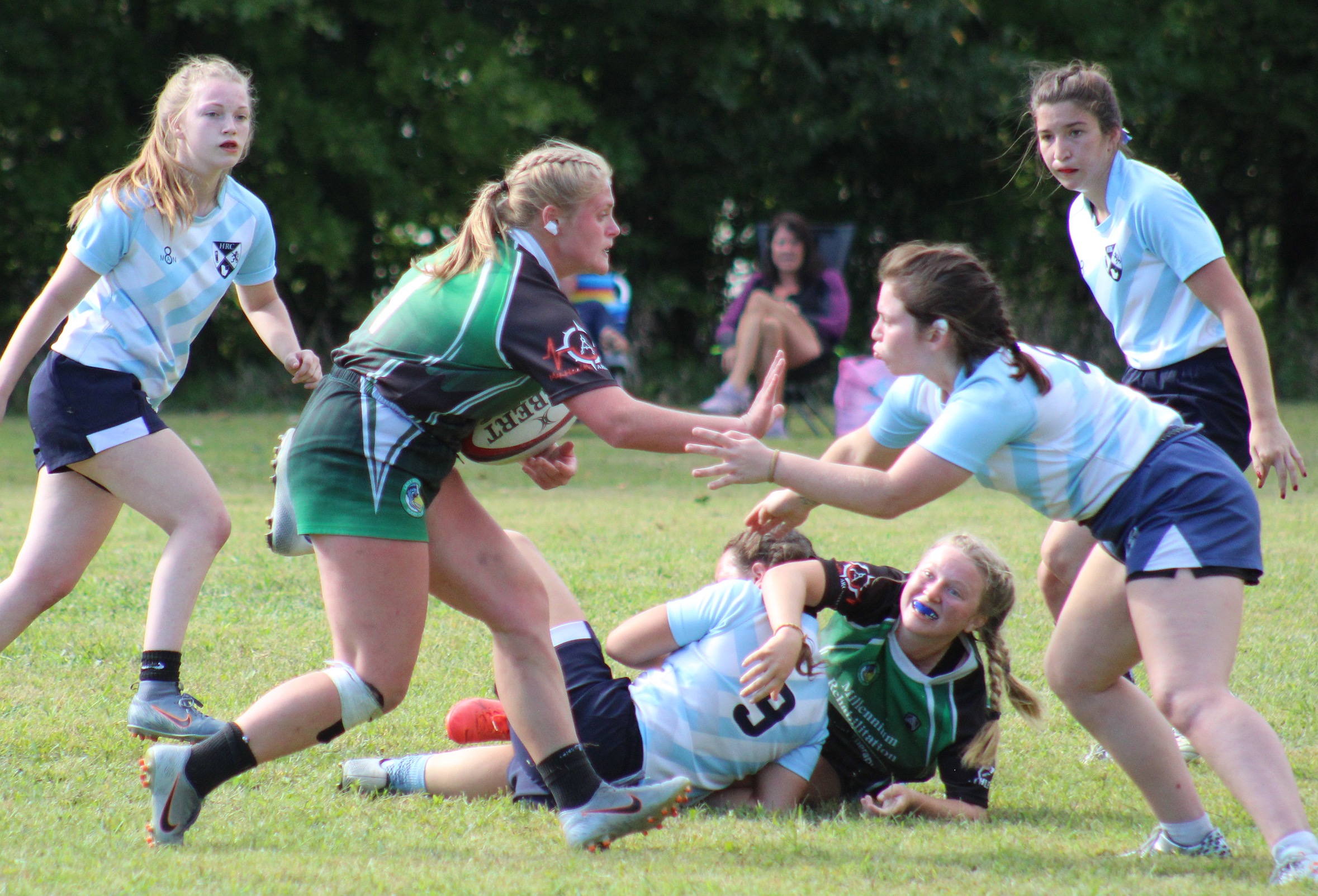 Rugby Ohio is entering week three of its high school fall 7s season, and Highland is leading all three divisions so far. Between the Buzzards’ three teams, the program is 17-0-1 after two weeks, and has outscored opponents 495-136 (+359).

Highland has 32 players rostered for fall 7s, enough for teams in the Competitive, Festival 1 and Festival 2 brackets.

“We’ve never had this many players before,” Highland head coach Dave Sambor said. “It’s just momentum building year to year. Last spring we had 30-some girls for the 15s state title, and then an influx of freshmen from the middle school program this fall. The culture’s good, they’re having fun and playing well, and that just attracts more people to come out.” 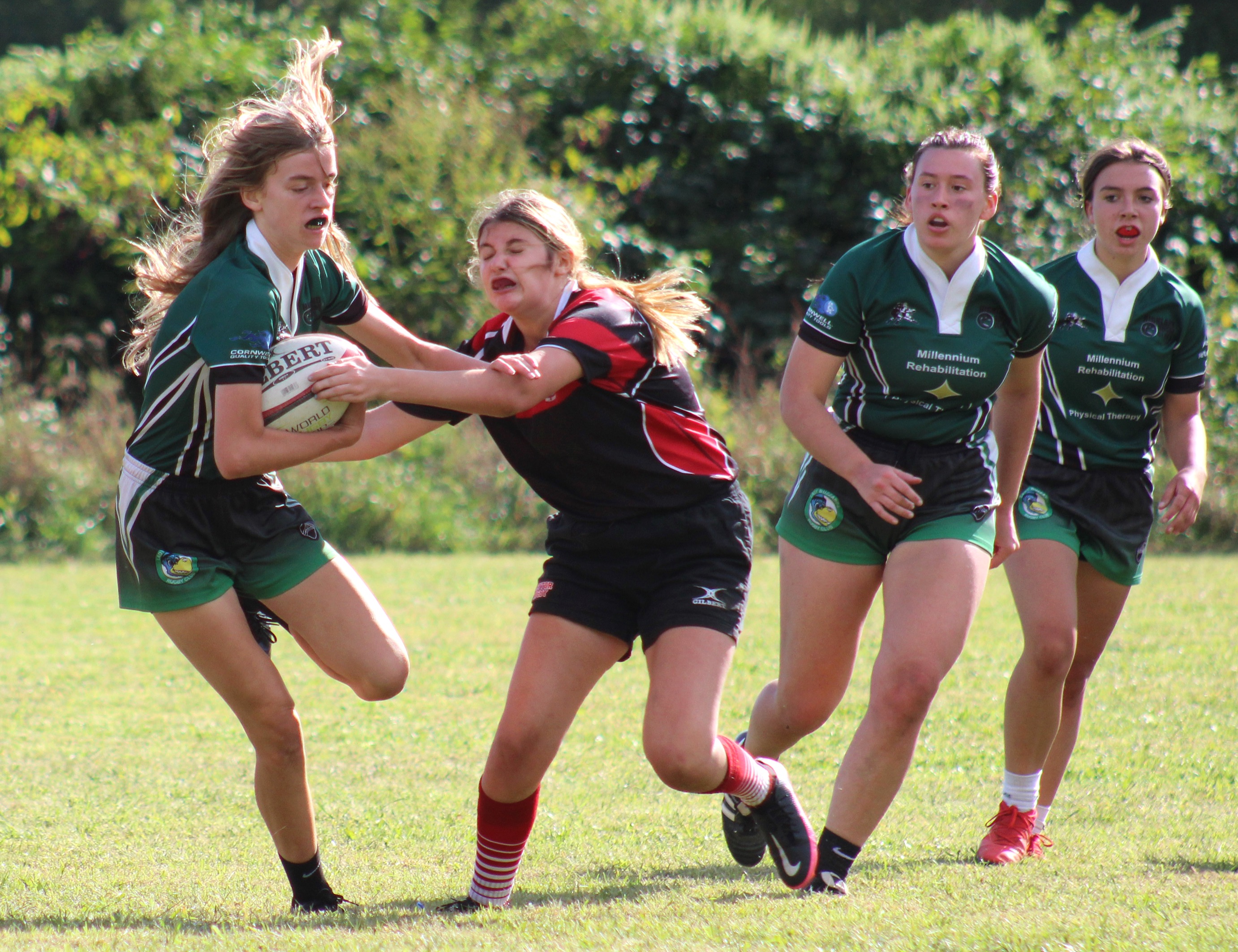 “They’re more of the go-to people from a leadership standpoint and they could be captains this year [in the spring] or captains-in-training for the following years,” Sambor said. “It might not work out that way, but they represent different age brackets and are involved in discussions with coaches.”

Three of the leaders are on the A side and one is on the B side. There’s a lot of movement between the B and C sides, so it didn’t necessarily make sense to have representatives on all three sides. Plus, the whole team practices together and works as one, and the leadership core oversees all of it.

“The top side is steady,” Sambor said. “We basically have nine girls who are the core for the A side, and some other players might get a few minutes in that group. We have other B side players who would be on other teams’ A side. We have enough talent in this team that we have some really good B side players.” 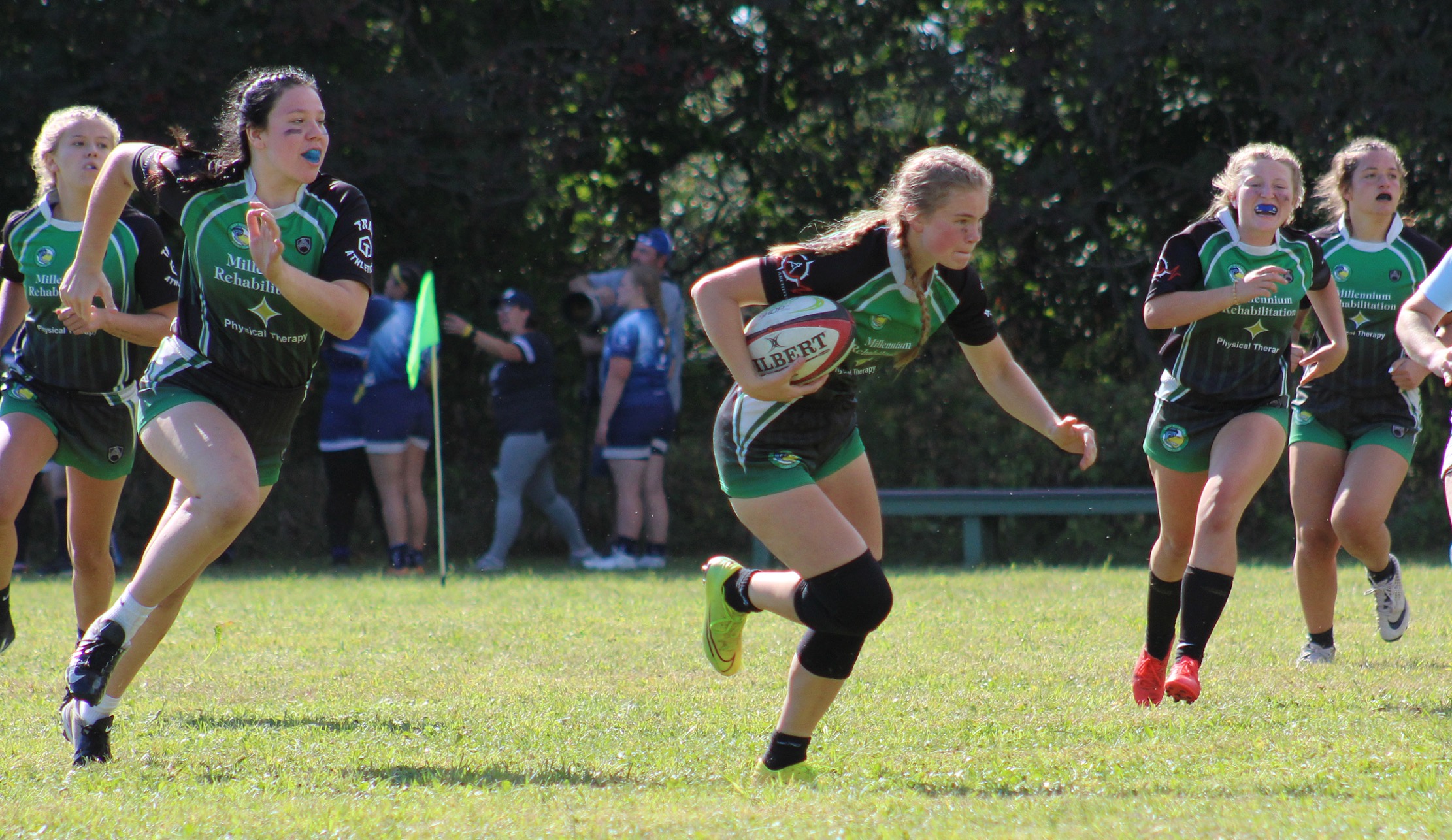 “Overall I’m happy with the progress we’ve made,” Sambor said. “The first week was 7s with a 15s mentality. There was a lot of rucks and contact. We made it harder on ourselves than we needed to. Now in the second weekend, we were using our speed and offloads more. Other teams have more power than us and they could give us trouble in the upcoming weeks for sure.

“We expected to have a target on ourselves,” the coach continued. “All three teams haven’t lost a match yet. We know that when you have success, other teams are more amped for their matches against you.”

Sambor highlighted Brunswick and its multiple state championships as Highland’s top competitor. They saw each other in their very first game of the Rugby Ohio season, and the Buzzards eked out a 15-12 win. Highland B beat Brunswick B 27-0, and the teams’ C sides tied 15-15. 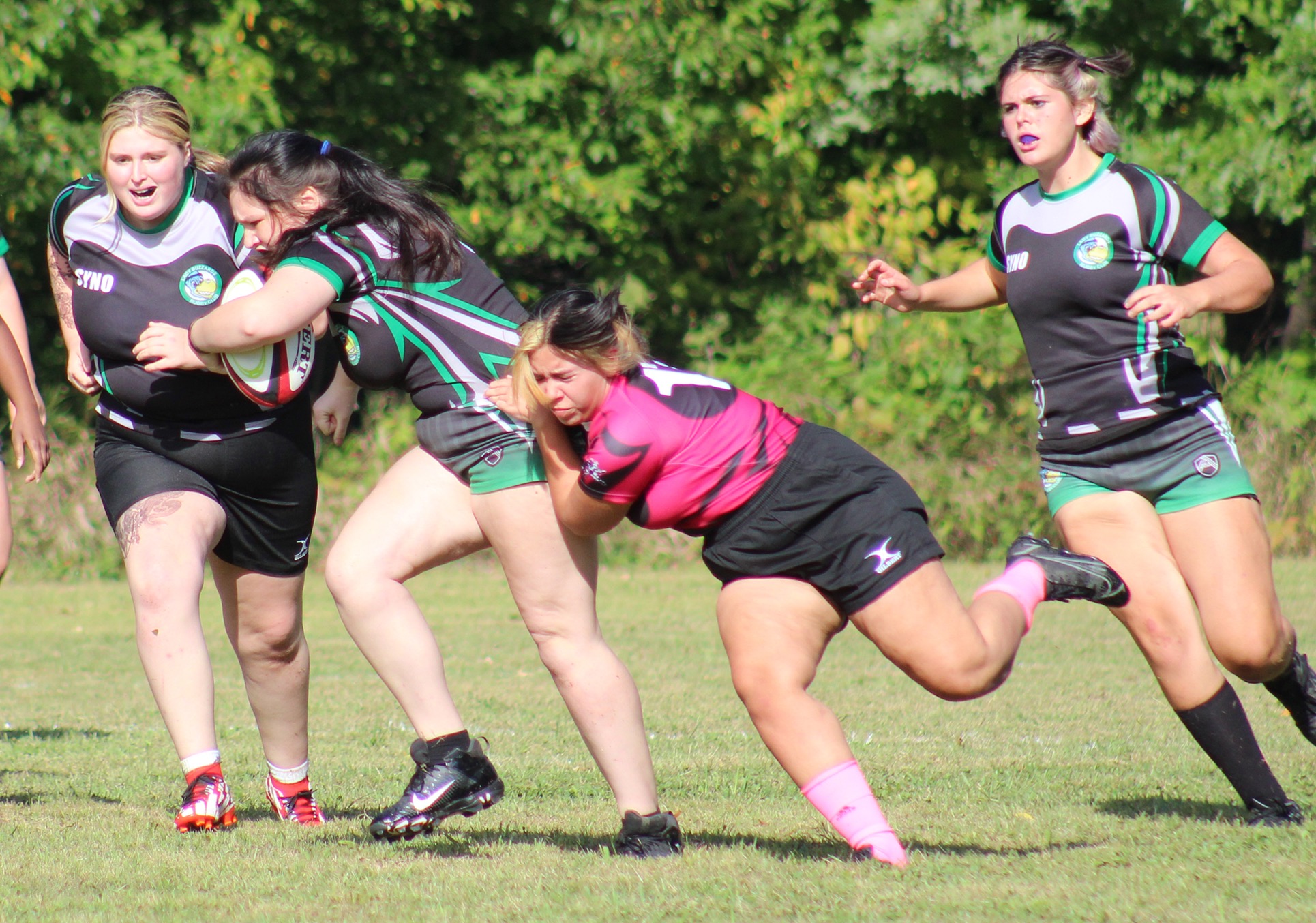 “We let them enjoy that win,” Sambor said of celebrating early victories. “The mentality for years is that Brunswick is the standard. The fact that we came out ahead, it’s a feel-good moment for our girls. Brunswick was our only loss [in 2021 spring 15s]. So to come back now and get the victory, you let them enjoy it. Brunswick has good talent and it’s a five-week season, so it was a good preview.”

Everyone has been contributing well, but Sambor did call out junior Jordyn Barr.

“She’s small and fast and really tough,” the coach said. “She’s a natural sweeper and it doesn’t matter how big the person is, she’ll chase them down and tackle them. And the pressure she brings on the kickoffs constantly pins the opposition back deep. She’s just aggressive for her size and has really come along.” 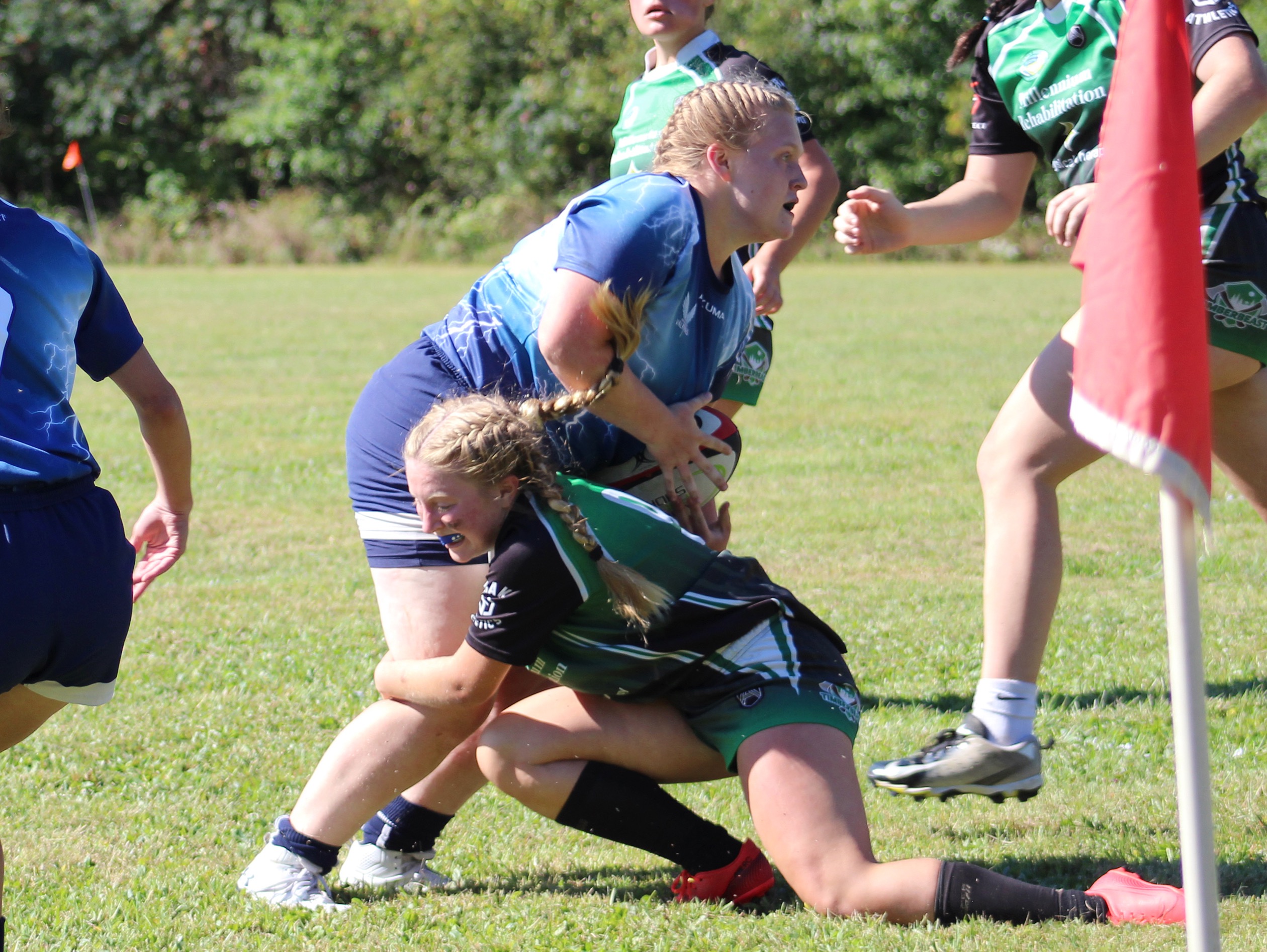 The regular season will continue through Oct. 24, and then Rugby Ohio will hold its championship on Oct. 31 in Obetz. Highland’s first team is eligible for a state title, but there are larger team goals being chased this fall.

“Honestly, The goal for the fall 7s season is developing the base for 15s. That’s the main goal,” Sambor said. “With three sides, it’s: How are we developing them to be better players for 15s? How do we keep developing our talent not just for this year, but in the freshmen and sophomores so we have depth year to year?”

The week before the state championship, Highland is sending four of its top players to Queens University of Charlotte for an official visit, and it’ll be an opportunity for players to step up in their absence. Until then, it’s just banking field time together and working on fundamentals.

“I’m proud that they’re continuing to focus on the culture and sportsmanship that we want to be known for,” Sambor closed. “Even though they’re being competitive and playing, they’re having fun first.”