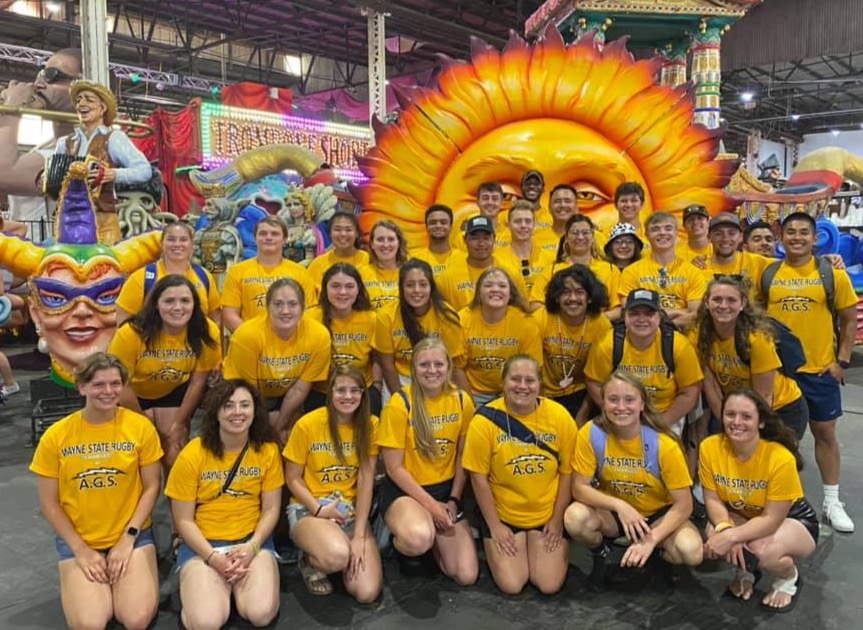 Last weekend marked a new era for the Collegiate Rugby Championship (CRC), a tournament that now belongs to National Collegiate Rugby (NCR), a membership organization. Covid-19 and new management meant the 2021 event was also going to be unique, but the event was particularly engaging for Wayne State College. The Wildcats have been NCR’s most dominant program for years now, and May Madness 7s allowed the Nebraska team to educate a larger, more diverse audience on the power of small-college rugby.

The May Madness 7s women’s division essentially had two brackets. DI Elite Lindenwood University and Life University were in competition with each other, and then the rest of the 14-team field was competing for third. The Lions and Running Eagles posted three big shutouts apiece en route to the final, where Lindenwood then took a 10-7 victory to the trophy. Sativa Tarau-Peehikuru was named championship MVP.

But there was a ton of intrigue throughout the rest of field. There were multiple all-conference teams, DI programs from CRAA, and NCR small and large schools – entities that would never see each other outside of a tournament like the CRC. Wayne State College was pleased that Baldwin Wallace University awaited in the first round. The Yellow Jackets went 8-0-1 in the Ohio Valley conference 7s series, which was on of just three women’s collegiate competitions to evolve this spring. The DI Elite played its national championship 15s season (Lindenwood won), and WSC was the best small college out of the Prairie States conference.

“That was a good match-up to see who had bragging rights for that,” Wayne State College coach Darrin Barner considered the match a championship between the two undefeated small schools that were active this spring. “It was 7-0 at halftime. They kept possession a lot and were good at rucks, where they could do a lot of multi-phase stuff and stay on offense. We played O.K. the first half, just not our normal selves. We started sluggish but we got moving a little faster in the second half.”

The Wildcats were also adjusting to the absence of Holly Schupbach, who typically plays flyhalf but suffered an injury during the Great Plains 7s Championship. The backs captain is crucial on attack but also very influential on defense. The team had three weeks to work Brook Hoesing, who slid in from center, at flyhalf and get comfortable with the adjustment. Izzy Robinson, who is normally the forwards captain alongside Schupbach, took over as team captain.

“The win felt good,” Barner said. “The two best small colleges squared off, so that was a relief off our shoulders. But we know Davenport is a rock-solid, school-supported program and that we’d have to play even harder to win again.”

The Wildcats took a 14-0 lead into halftime and held that edge until the waning minutes of the game. 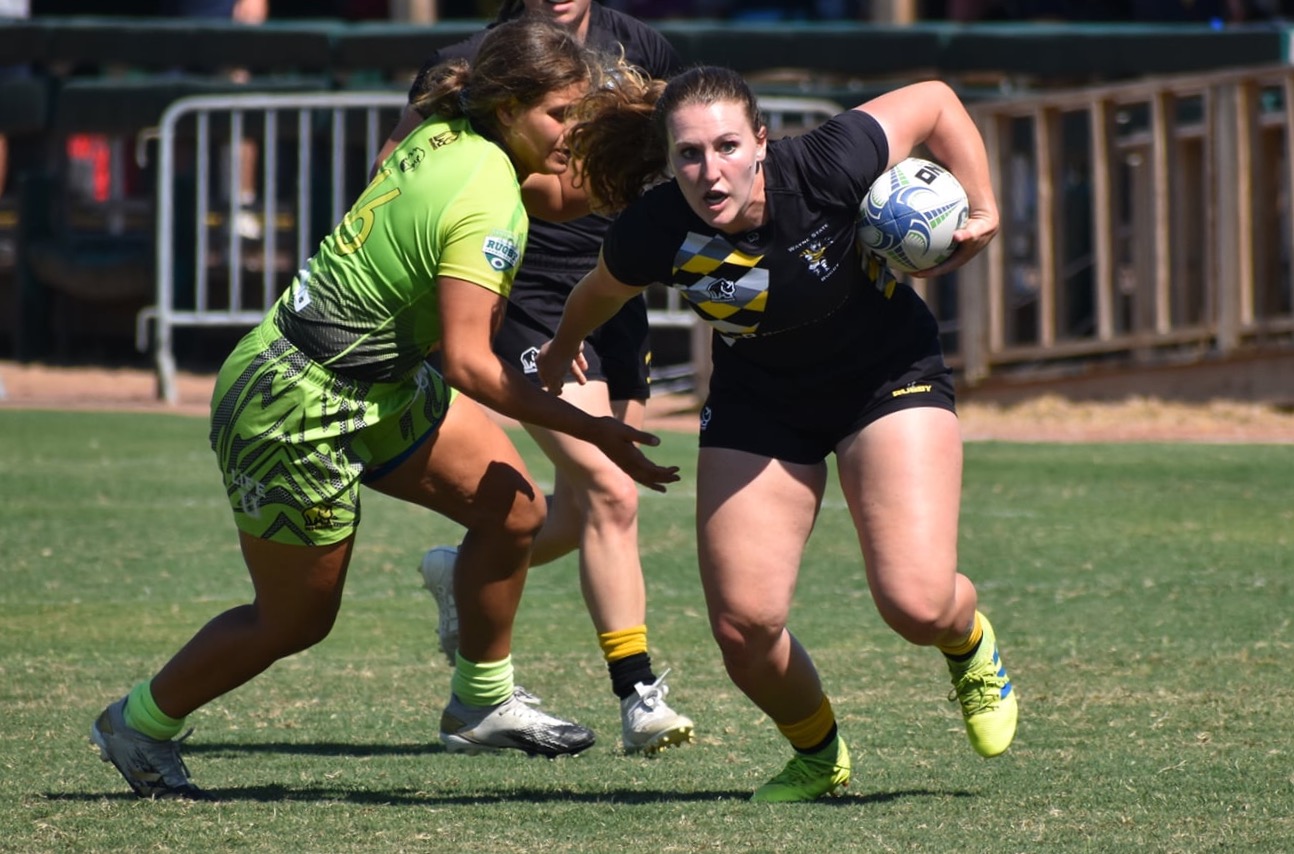 “With about three minutes left, Davenport scored 14 points in 90 seconds,” Barner said of the tied game with about a minute left on the clock. “We were going to receive the kickoff and get the ball back, and I was very confident that we had a good chance to work down the field. We’re good enough in key situations to work the ball and score. I don’t know how many rucks and passes it took, but we went 70 yards in that closing minute and got inside the 10. There were four rucks inside the 10 and with no time left, we scored.”

“After the Davenport win, we were just walking around the stadium, and I had several parents from I don’t know where congratulating us and just saying how precise our passing and ball-handling were as a team,” Barner said of the experience in the stadium. “Hours later, people were coming up to us to say how impressed they were.

“When we play these supported programs and bigger schools, athleticism wise we’re probably behind the eight ball,” said Barner, who has one player with high school rugby experience on the team. “Trust me, I coach differently. I’m not a guy who just gives super positive things all the time. Sometimes you’ve got to tell them, ‘The other team is better than you and the person you’re going against is bigger and stronger than you.’ So other teams have better athletes and more experience, and so we have to have team chemistry. We are a very Xs and Os, structured team. We’re well drilled and skilled, and we practice a lot of defense when other teams might emphasize offense. They’re a tight-knit group and gel really well together.”

Everyone played two games on Saturday, and Sunday began with the semifinals. Life had defeated the Allegheny Selects 45-0 and Iowa State 46-0 during the first two rounds of play, and then lined up against the Wildcats for a berth to the final.

“We had a team meeting Saturday night, and we predicted what would probably happen on the scoreboard, but it didn’t matter to us,” Barner said. “We were just loose and happy with the two wins we had earlier that we didn’t really even care much about the Life game. There was no over-preparation. We weren’t psyched out. We went out to have a good time playing one of the best teams in the country.” 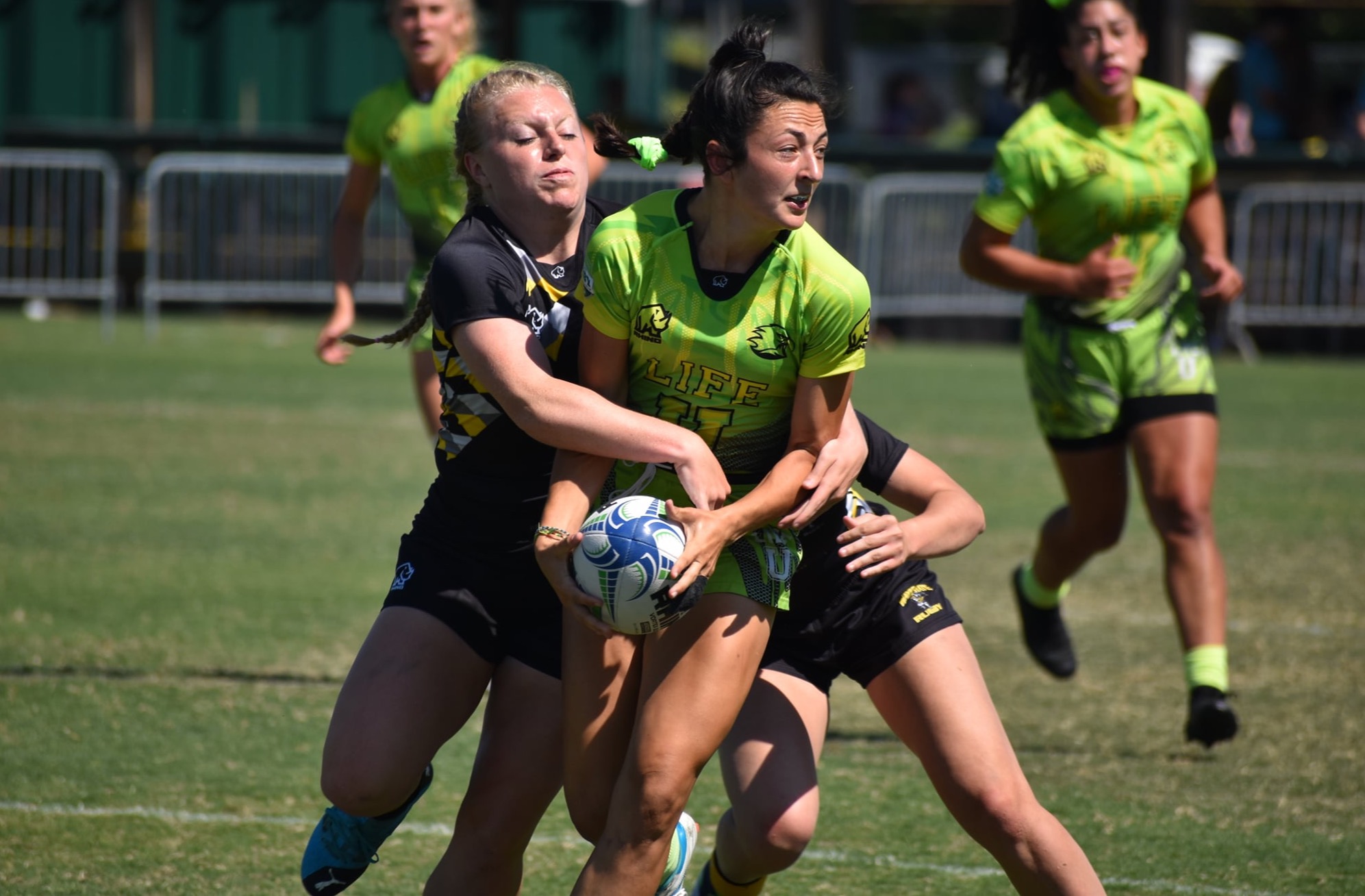 “We were completely outmatched,” the coach said. “Our fastest player was probably their slowest. We were literally five yards away from being down 17-5 at halftime, but we had a turnover they scored, so it was 21-0 instaed. But that would have been cool [to score against Life].

“It’s a thrill to play a premier team and would have never had that opportunity if it wasn’t for this event and basically putting all the divisions into one grouping,” Barner added. “That would never happen. I told the girls, ‘In 30 years at homecoming, we will talk about this game.’”

As Life and Lindenwood readied for the championship final, Wayne State College focused on the third-place match against the University of Northern Iowa. The teams last saw each other at the Great Plains 7s Championship final, and the Panthers won 20-19.

“The Wayne women haven’t lost a game in three years, so it was tough when we lost to UNI in late April by one point in the closing minute,” Barner said. “But I told the team, ‘We should thank UNI for the loss because this is the best motivational tool that you could ever have.’”

Barner indicated that nothing changed in the team, per se, after the loss to UNI a month prior, but a team meeting helped identify work-ons in the lead-up to CRCs.

“I asked everyone to tell me what we could have done better during that [UNI] game, and I wrote everything on the chalkboard,” Barner said. “There was a list longer than Santa’s Christmas list. Nobody was made. Everyone took their own personal responsibility on things. This tournament is three weeks after our graduation, so there weren’t going to be any school practices. They took it completely upon themselves to individually prepare and come down here three weeks after school. We were quite excited to play UNI again to see if we could improve from our earlier loss.” 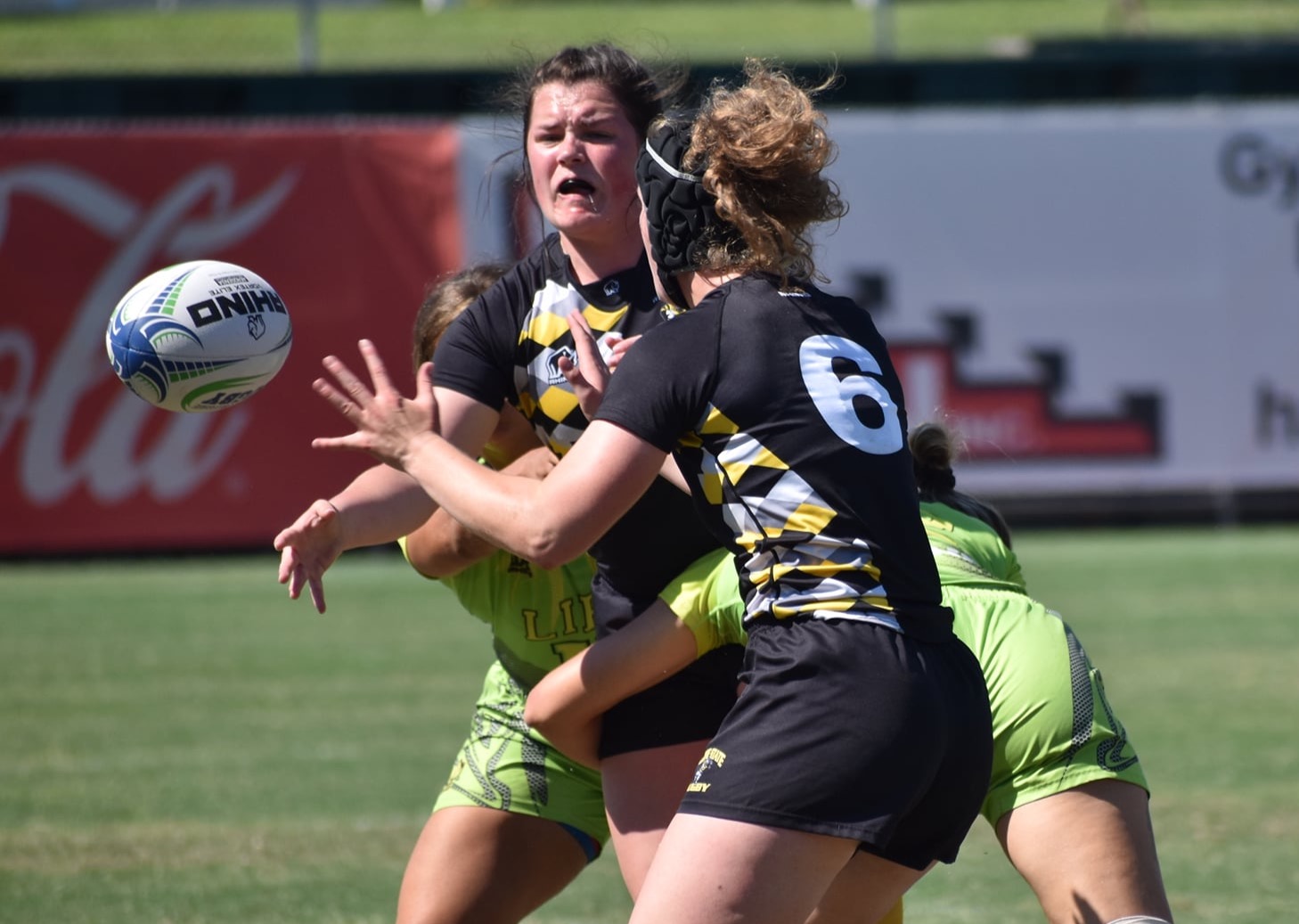 The team honed in on tackle completion and proper form – no shirt tackles – and the successful execution of its defense was a difference-makers in the rematch. The Wildcats spent a good amount of time on attack as a result, and a 42-5 win followed. Scrumhalf Taylor, who was the MVP from the Great Plains championship, led the way with three tries.

“Izzy Robinson has really stepped up big time, especially in her leadership and organization of the team. The team bonding and team communication makes us competitive,” Barner said of the Australian. “She plays in the scrum, very powerful, and she can run well for her size. She has excellent passing and is an incredible kicker.”

Overall, the experience in New Orleans was well worth the trip from Nebraska, and Barner, who is the head coach for the Wildcats men’s and women’s teams, intends to return in subsequent years.

“We practice together. We scrimmage together. We go to the bowling alley and movies together,” Barner said of the connectivity between teams. “Bringing a full charter bus with both teams, it was like a six-day date night. It was a really fun trip. We did some sightseeing and went to a Mardi Gras parade float warehouse. That was cool.

“And everything is here,” the coach continued. “There’s the stadium and then two blocks away there are four rugby fields. There was great hospitality. The stadium staff was super friendly and helpful. There were a lot of moving parts and the people here made sure this event came off on a positive note.”