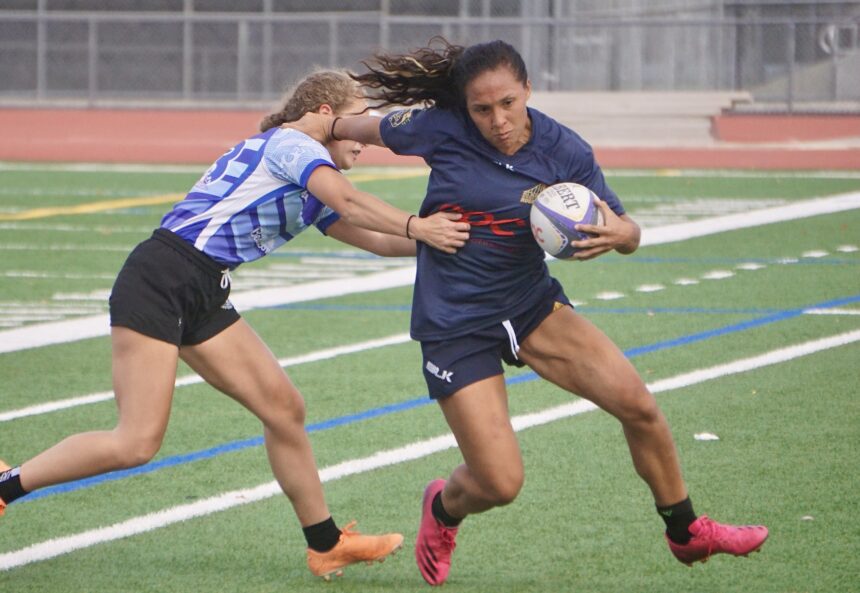 The Women’s Premier League (WPL) returns to play on April 9, but prior to the season-opening weekend, the league is fielding a select side to face the USA Falcons. The WPL Selects will hold and assembly that will culminate with a match against the U.S. representative side in Golden, Colo.

Last week, the USA Women’s National Team held the first of two camps for the Rugby World Cup player pool. Those who are currently playing in the U.K. and Ireland reported to Wales for a week’s worth of training, and then played and beat Wales on March 12. Read more. Next week, 21 U.S.-based players (list forthcoming) will assemble in Glendale, Colo., and the March 26 match against the WPL Selects is a “put up your hand” opportunity for the New Zealand-bound team.

The WPL Selects is a celebration of return to play after more than two years. The team, coached by Kitt Wagner Ruiz and Hannah Stolba, ranges from capped Eagles to WPL first-timers, and they’re the hallmark of the talent that lives in the league. The competition also thanked key sponsors and partners New England Free Jacks, Mueller Sports Medicine, XV Foundation, Inkify and Wintergreen for ensuring there are no out-of-pocket expenses for players.

The 12 p.m. MT game occurs at Colorado School of Mines in Golden, Colo., and is open and free to the public. For those who can’t attend in person, check WPL’s Facebook (@wplrugby) for live-streaming details.