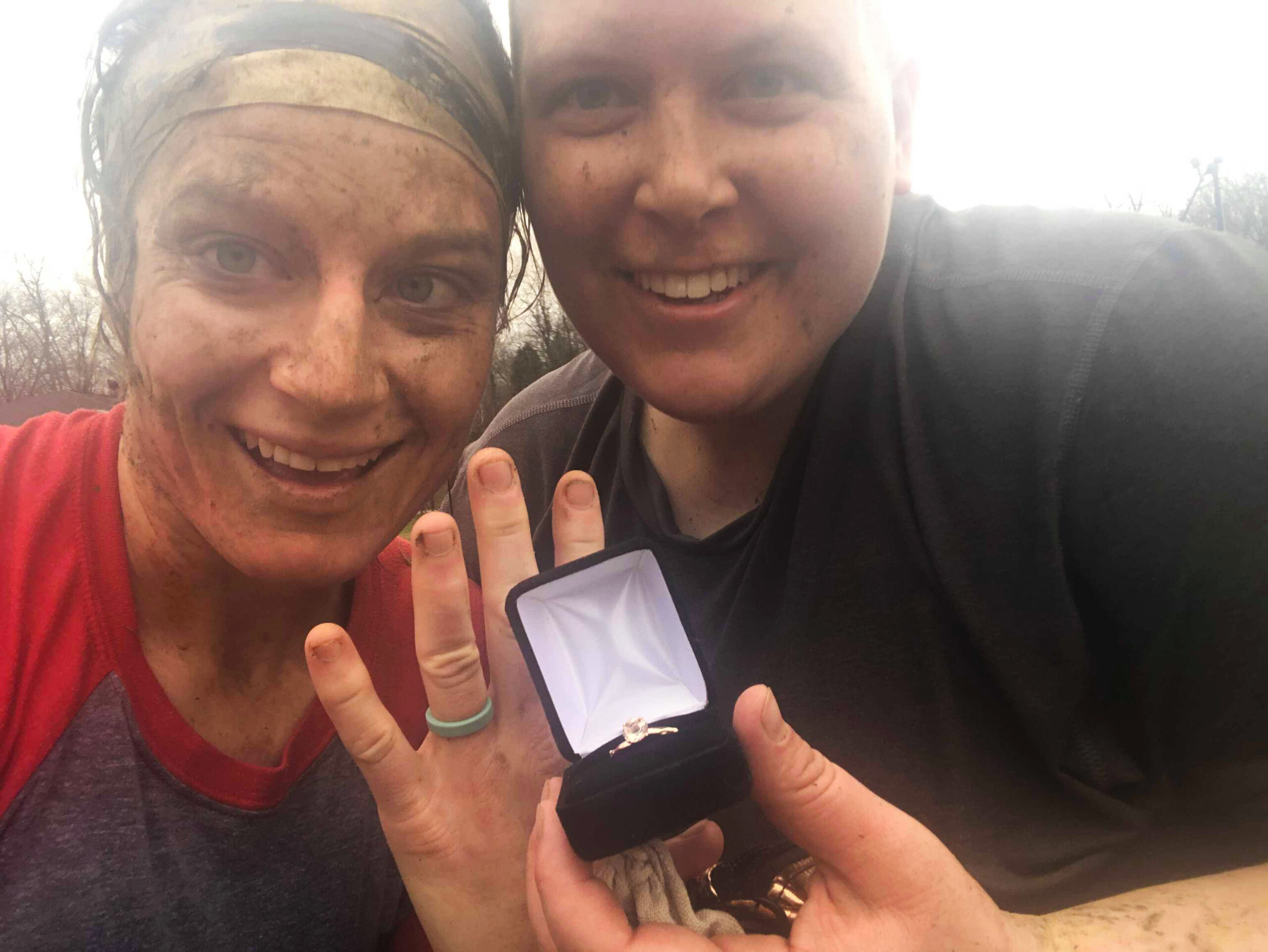 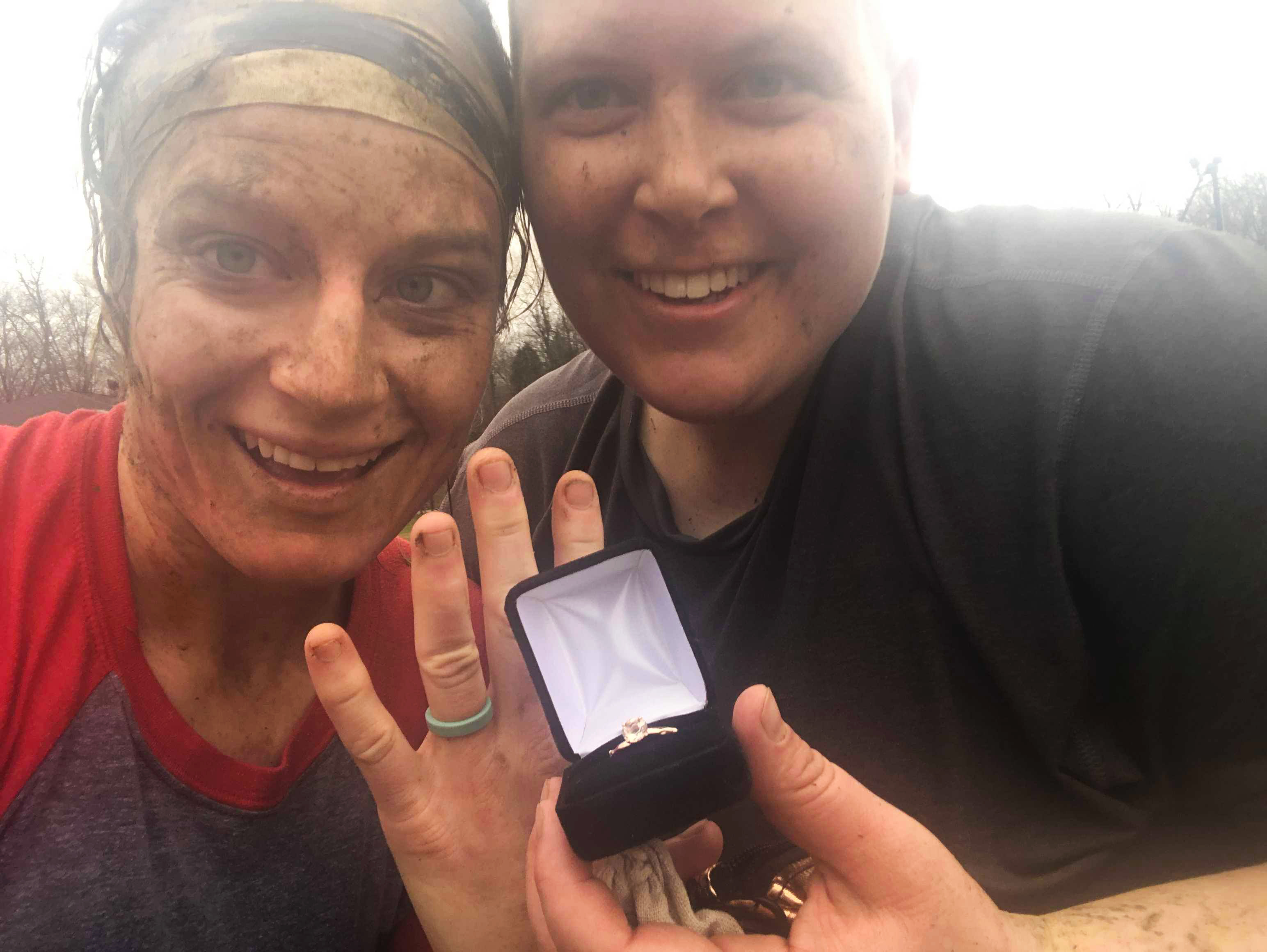 As the following video begins, it looks like a typical team photo coming together after a very muddy game. Two players break from the group and dive into a puddle – but then a banner rises, a kneeling teammate comes into focus.

Monica Christian and Lee Gillespie met back in 2011. Christian was running touch for an old boy’s game and later recruited Gillespie to play for her former team. They were best friends for four years, starting dating in 2015, moved to Cincinnati shortly thereafter, and now play for the Kelts. Christian, a lock, and Gillespie, a prop, has been lifting lock Christian in lineouts for eight years now.

Gillespie has been planning the proposal since the fall and handmade the “Marry Me” banner in Kelts colors during her medial school rotations.

“She initially wanted to propose during the fall but plans fell through, so she and like half my team had to keep it under wraps until spring season,” Christian later learned. “I had no idea it was coming. I was too busy tossing Courtney [Moore] in the mud to notice the big ass sign, the bubbles, or my girlfriend on one knee. Honestly the puddle was too inviting not to have a body in it. I was more confused as to why Lee wasn’t helping me toss her in.”

The unplanned diversion worked perfectly, as it placed Christian in a position to face the entire team, and the genuflecting Lee.”I had no idea anything was going on until I saw her down on one knee,” Christian narrated. “When my team started yelling for me I figured I had screwed something up. When I saw the sign I was like, ‘Oh that’s so cute! Someone is getting married!’ Then when I realized it was me I lost it.”

It was a precious moment, shared with precious people, and a great reminder of rugby’s best qualities. To boot, teammate Nicole Yannetti was able to clean the mud off the ring, but the ring box was not so lucky.”I am beyond excited to spend the rest of my life with my best friend and teammate,” Christian closed. “She has always had my back on the pitch and in life. I can’t think of a better person to spend your life with than one willing to ruck over you.”

Syracuse is Ruck Be a Lady 15s Champ