PRESS RELEASE – Nearly 70 girls and women from high schools and colleges across the USA, Canada and Hong Kong, many of them returning campers, brought their growth mindsets and took full advantage of the unique coaching style and creative learning environment provided by Polar Bear Rugby Camp at Bowdoin College.

Whether they had played one year, were elite players or High School All-Americans, camp provided appropriate groups that pushed them to expand their skills, take something back to their teams, and to think tactically about how they play the game. The athlete-centered coaching style and games-based curriculum, layered with gamification practices from Russell Earnshaw and Jonathan Griffin (“Griff”) kept coaches and campers always on their toes, mentally adjusting to the games they’re in. The ample 1-on-1 coaching from NCAA Varsity, NESCAC and other top coaches, whether positional or in units, brought forth tremendous gains in their games.

Coach Griff (former Stanford and Richmond ENG coach) returned from London to Bowdoin College for his 14th year, and had this to say about the 2019 camp:

The camp was challenging and engaging for both the players and the coaches. The opportunity to learn experientially, through a range of games using rule modifications and gamification techniques such as replay/pause/freeze, use of super powers, and questioning, was something both players and coaches commented upon. The dynamic nature of providing ‘real-time’ coaching to the players challenged the coaches to engage in close observation, clear communication, and think in terms of principles and themes. As such, players benefited from cohesion across sessions and appropriately scaled sessions (level up’s) where progress could be evolved, consolidated, and built upon. The camp had a real buzz with engaged players having fun and learning, and coaches the same. 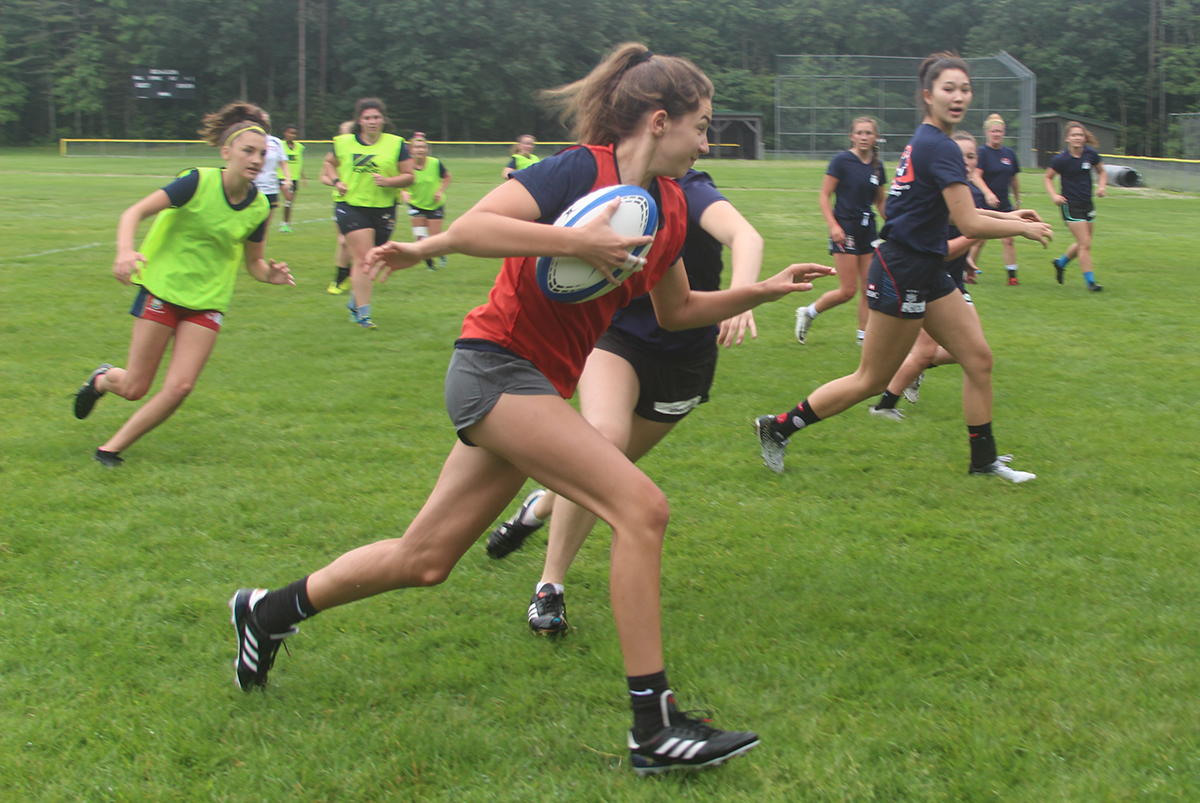 Polar Bear is my favourite 4 days of co-coaching annually! This year, Griff and the camp coaches worked alongside the coaches in the course, spending 4 days planning, adapting and reviewing sessions together. They explored topics such as noticing, feedback, questioning, session design, gamification, co-coaching, understanding our biases, coaching principles and developing ourselves whilst developing players. It was awesome to see the players (amongst many things) embrace kicking, calling ‘pauses’ and ‘replays’ themselves, and giving the coaches feedback on their coaching. I’m excited for next year already!