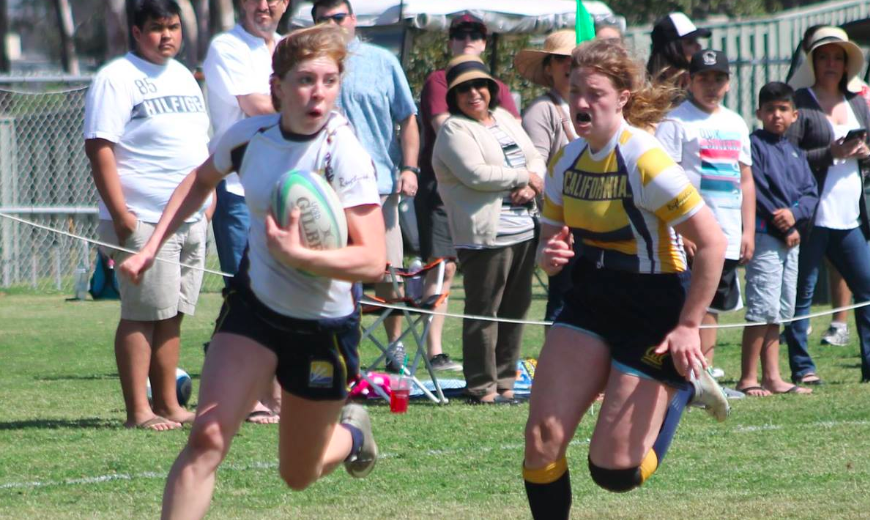 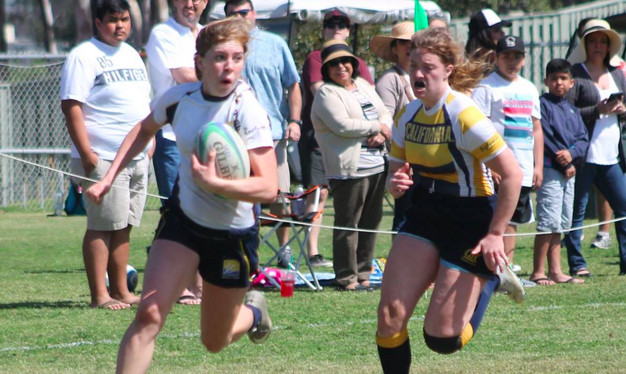 The western bracket of the DI college spring championship knows three of its four participants, and they’re all from California. The fourth Pacific Mountain Rugby Conference (PMRC) crossover will occur on Friday, April 1 and determine the final Round of 8 participant for the west.

North #2 University of Washington had the biggest travel day, heading to West #2 Chico State in northern California. It was a one-sided affair, as the host scored eight tries, six conversions, a penalty kick and the weekend’s only dropgoal.

UC San Diego had an even bigger showing against visiting West #3 Cal. The South #1 side continued its undefeated streak with a 77-13 victory.

“Biggest differentiators for us really were how well the backs and forwards worked together on both sides of the ball,” UCSD coach Kirstin Hartos Maurer explained. “We were more disciplined around the breakdown and cut down on penalties. The forwards did a great job containing Cal’s hard-running attack and creating some key turnovers, and the backs did well to recognize and exploit gaps in the defense. On the whole, our situational awareness and decision-making continues to improve.”

Senior lock and captain Erika Matczenko did an excellent job keeping the team focused, while the backs did well to capitalize on scoring opportunities. All of the points came out of the backs, and McKenzie Bolden led the way with five tries. The junior transferred from basketball in December and slotted in at inside center for the first time Saturday. Junior scrumhalf Wing Ly added four tries, while senior flyhalf Di-an Duong dotted down twice. Freshman outside center Teigan MacDonald scored twice, and senior wing Sophia Beltran slotted six conversions.

“I was very happy with the team effort and work rate,” UC Davis coach Gary Gordon praised. “The backs and forwards worked as a cohesive unit, and every player on our game-day roster contributed. Individually, [inside center] Sydnee Watanabe was a standout, with four tries and a great all-around 80 minutes.”

USA Rugby will determine the match-ups for the spring Round of 8, the western portion of which will be contested on April 8-10 in UC Davis. However, the PMRC will recommend the following quarterfinals:

However the quarterfinals are structured, the two victors will compete that same weekend for the berth to the DI spring championship, where the west rep will play the east rep. The spring champion plays the fall champion on May 7 in Moraga, Calif., for the national title.