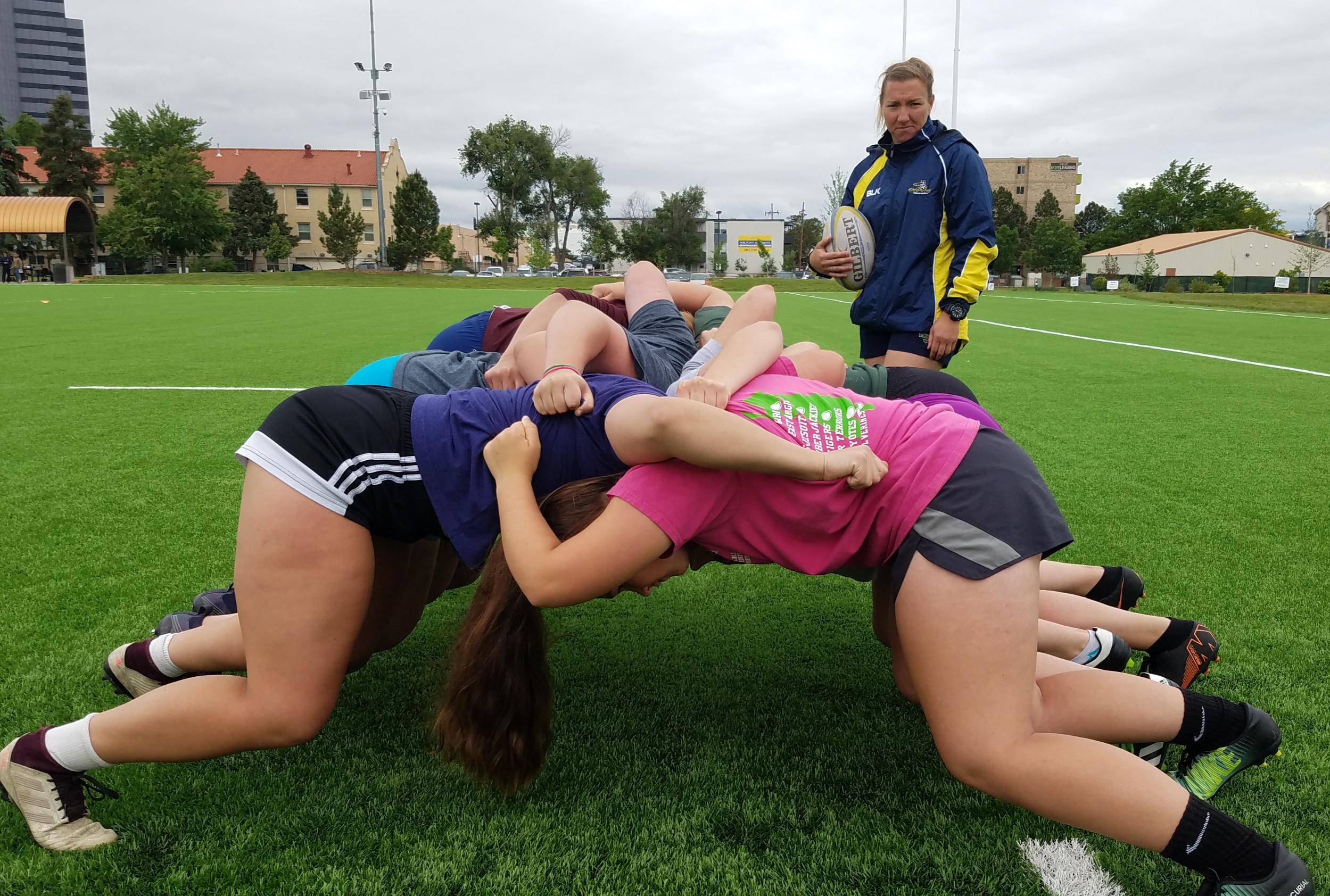 Rugby Colorado is fielding two girls’ high school teams for this weekend’s Rocky Mountain Challenge, the first of five Regional Cup Tournaments (RCTs) this month. The RCTs are at the core of USA Rugby’s talent identification process and also serve as a showcase for collegiate recruiters. Jamie Burke is back as head coach of the Tier 1 and Tier 2 girls’ high school teams, and has also been crucial to adding a girls’ middle school division to this RCT (more on the middle schools in a forthcoming article).

“I really like that I’m in my second year,” Burke said of the head coaching position. “Last year I had no idea what I was doing. I knew what I was doing coaching wise, but there was a learning curve in figuring out how to structure things. We’ve been able to build off of last year and we’re more efficient now.

“I also have the benefit of having a number of the same assistant coaches back, which is super helpful. They can build off the relationships they’ve had since last year,” the coach added.

Julie Tordonato is back and fresh off a stint with the USA 15s team in Canada. East High School coach Keri Peacock and Penn State alumna Alyssa Boff, who is with Monarch High School, have also returned. The coaching staff has gained Eagle Jojo Kitlinski and WPL Glendale teammate Jeanna Beard, both of whom work with the forwards. The backs have the added benefit of Merlins fullback Madison Slaught as well as Ann Barford, who helped the USA raise the Women’s Rugby World Cup in 1991.

“She lives out here and wanted to get involved. ‘We would love to have you with the backs,’” Burke enthused. “Having someone with that history and experience around the girls, they realize: Oh, rugby is a thing. We’re in the midst of someone who has won a world championship.” 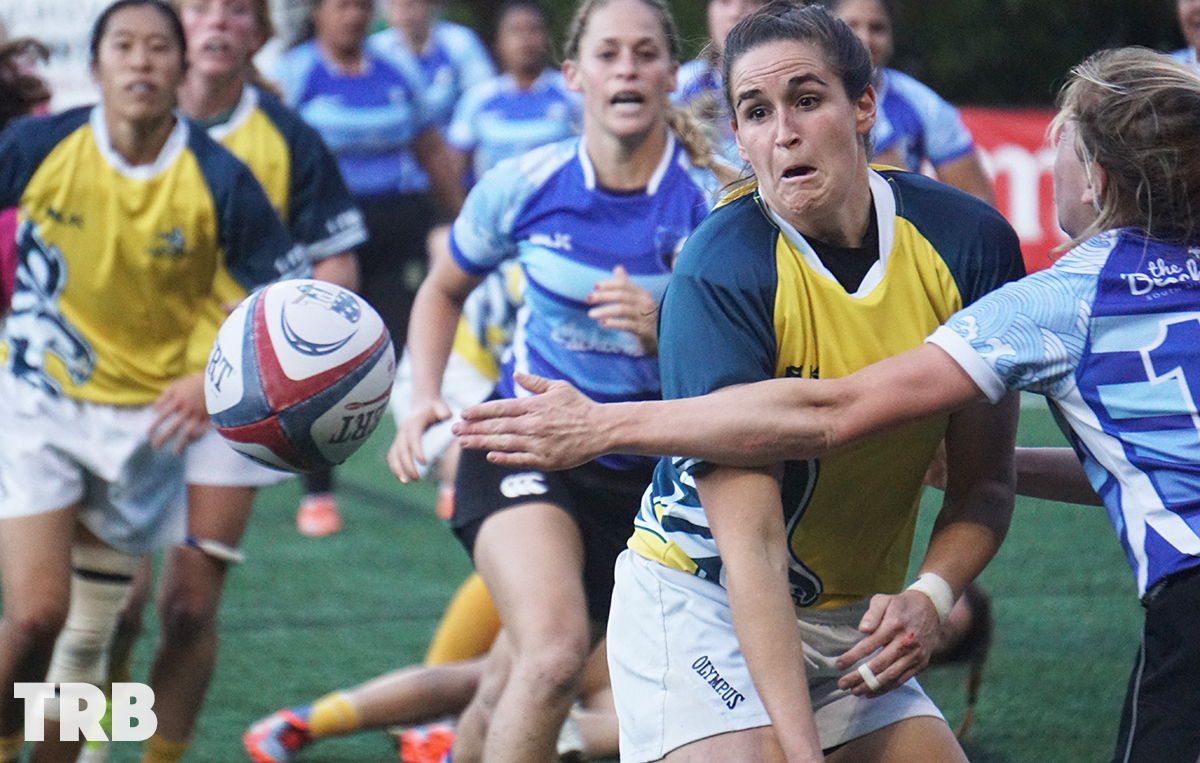 That depth on the coaching squad and the time on the training pitch have been crucial in readying the players, because Colorado has its challenges when it comes to 15s. Those interested in the all-star team – as well as those just looking to increase their skills – have been training since the end of April, once per week to start, and then twice per week after the major end-of-schoolyear events passed.

“A little bit, yes,” Burke said of 15s being a tough sell to the girls. “But not because they don’t want to play it but because of the way the rugby schedule is for the girls in Colorado. They don’t have a natural flow like the boys. The boys’ high school season is in the spring and they just had their championship a couple weeks ago. It’s a natural transition, from playing for your high school and then the top players transition to playing for the Tier 1 or Tier 2 all-state team. For the girls, the rugby season in Colorado is in the fall, and it’s all 7s. It’s a bit ‘out of sight, out of mind’ when starting the RCT process in the spring.”

Last year, the deficit wasn’t too great, as there were juniors and seniors who had played 15s when the state still fielded a 15s season. Another year has elapsed and thus the 15s experience across the state has thinned, and it’s being felt.

“Last year we weren’t trying to fill in huge gaps with players who didn’t know 15s – just 1-2 players in the scrum. Players like Moira Dillow, who’s at Lindenwood University now, were able to step up and take the lead,” Burke said. “There are bigger gaps this year in terms of who has played 15s – especially in the scrum, particularly the second rows. We have a lot of front rows because of 7s, although 7s and 15s scrums are very different beasts, but generally there is a bigger learning curve this year.” 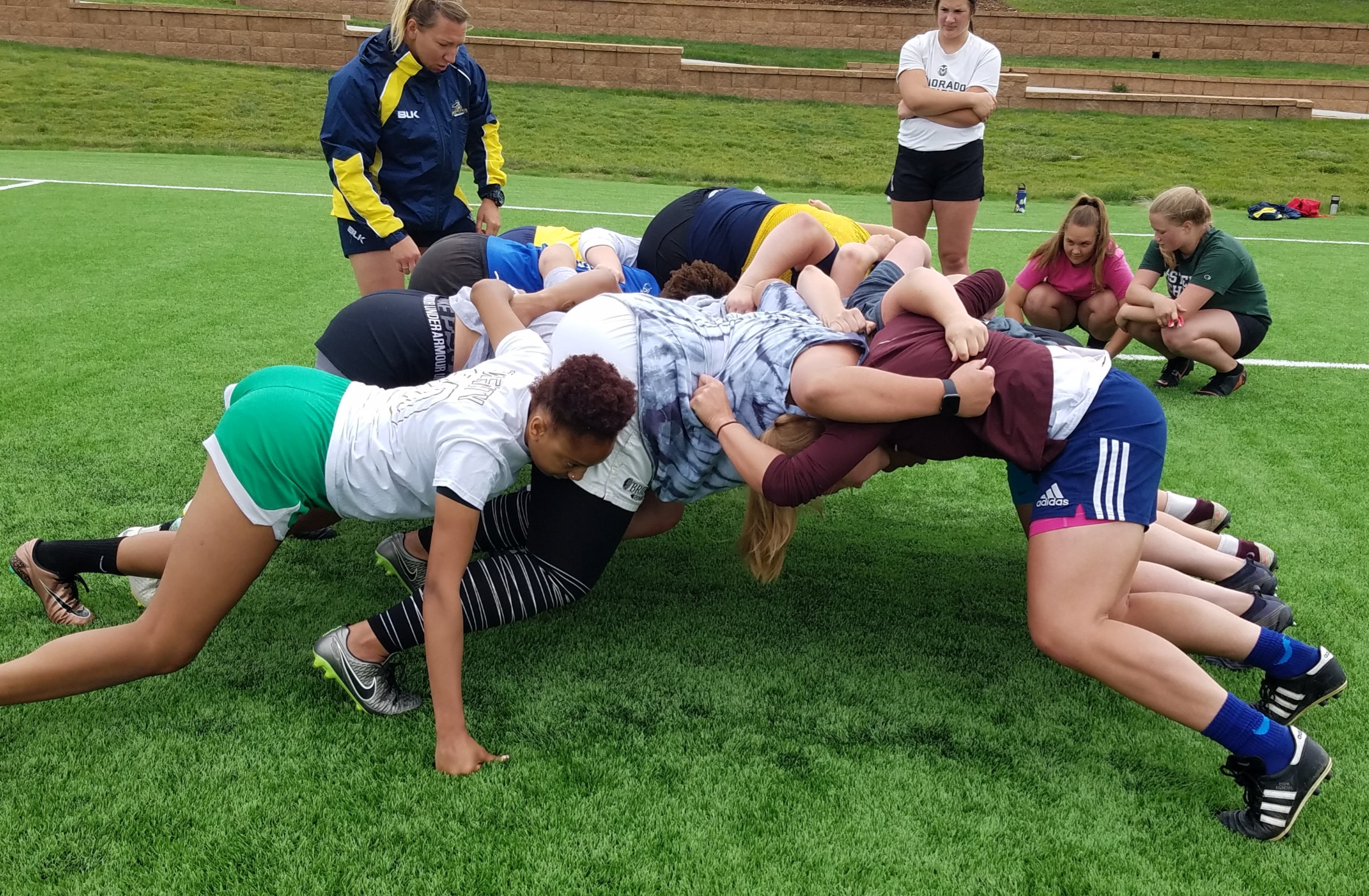 Players like prop Joy Tafita, who has been to Girls’ High School All-American (GHSAA) camps, will be important in the pack, and will have support from the 2018 RCT returners, who are light in 15s experience but not rookies. Additionally, players from Palmer High School and Summit High School are coming off of the Single-School National Invitational Tournament (NIT), which was held in Glendale. The Tigers finished third behind Wisconsin’s Catholic Memorial and Divine Savior Holy Angels. Others have high-level and select side experience with 15s, but very few if any have played a full season of 15s.

In addition to the powerful Tafita, who is a state champion in track and field throwing events, look for those NIT players to make a big impact. Summit’s PK Vincze and Nicole Kimball traveled with the GHSAAs to Langford, Canada for the NextGen 7s tournament, and their experience will be leveraged in the backs. Also, Liz Tafuna from East High School in Utah has just moved to Colorado and brings loads of power to the centers.

Rugby Colorado has released its player pool (see more) and will divide into Tier 1 (juniors and seniors) and Tier 2 (freshmen and sophomores) teams. There is some flexibility with 16-year-olds to play up or down a tier, but the set-up is another point of contention with Burke and many other coaches in the girls’ high school sector.

“I’ve had on-going conversations around the fact that Tier 1 and Tier 2 don’t make sense for the girls,” Burke said with some frustration. “It makes sense for the boys: A 14-year-old who hasn’t gone through puberty going against a 17-year-old, who is essentially a grown man, is significant. There’s more distinction between JV and varsity for the boys’ game. Girls have high school freshmen through seniors on the same team because of numbers. Really strong freshmen and sophomores have to play down in Tier 2 and that doesn’t make sense. There’s an on-going debate on how to create structure that makes sense and doesn’t stymie the girls’ game.”

There are multiple entities in Colorado that are building the girls’ middle school game and Burke was integral to having a division for that age group added to this year’s Rocky Mountain Challenge. Originally it was a six-team event but today the site lists Superior, 5785 and Texas as participants. Stay tuned for that forthcoming article.

U20s Ramirez: We Asked, They Delivered