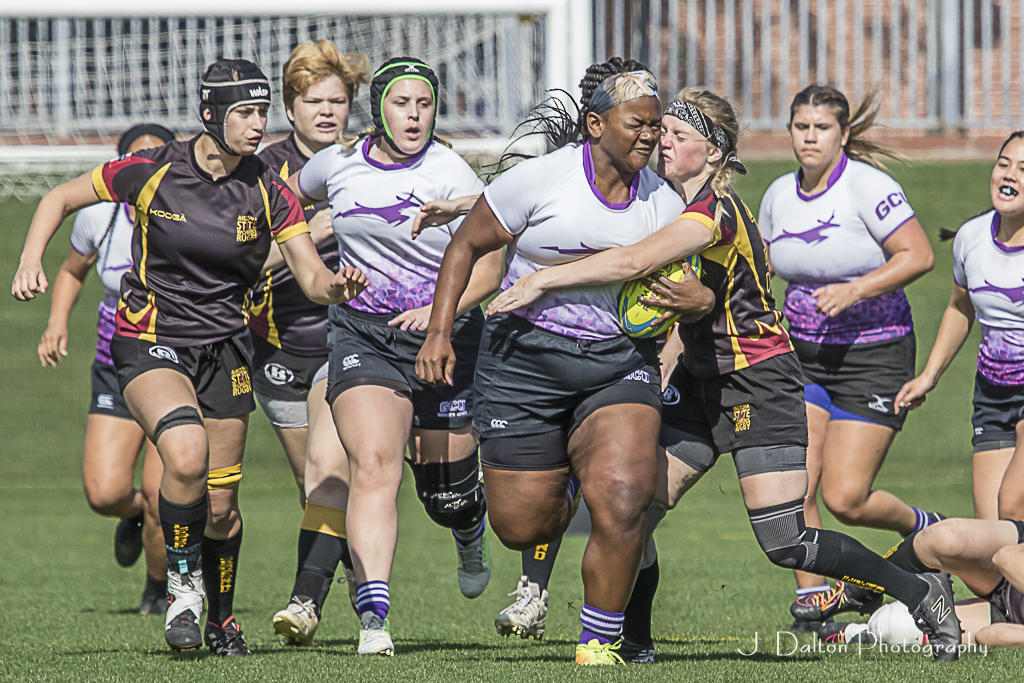 UC Davis and Chico State contested their first league match against each other and put in a thriller of a game. The Aggies played a lot of defense in the first half and put in four goal-line stands that resulted in turnovers. The Wildcats were able to cross twice and took a 12-5 lead into the break.

The second-half kickoff fell short and Davis restarted with a 50-meter scrum. Fullback and captain Prai Harris tore away for 49.5 meters and Sabrina Perez finished the honors with the try, 12-10. Chico State scored one more try through its No. 8 (19-10), and then Davis rallied with four tries (Harris 2, Kaytin Quijas, Gabby Rich) and three Sammy Kerrigan conversions in the final 25 minutes for the 36-19 win.

UC Davis coach Gary Gordon noted that the team took advantage of second-half penalties and the wind for territory, and that the backline had a great day on defense, missing only a few tackles. Special shout went to Harris, who almost ended the day with another hat trick.

As a result, the two Pacific Mountain West teams swapped positions in the rankings, leaving #3 Central Florida untouched after a 81-5 win over Florida. Stanford got its second win of the season after a 38-7 win over Cal in rainy conditions, and both of the Pacific Desert leaders – Grand Canyon and UC Santa Barbara – kept their undefeated records intact with bonus-point victories.

In the Pacific Mountain North, Washington State shut out Boise State, and leagues mates Western Washington (41-39 win against Washington) and Oregon State (43-21 win against Oregon) also celebrated weekend victories. Both are on the watch list.

This weekend will see Mason-Dixon leaders Virginia Tech and UVA return to matrix play, while Queens University of Charlotte resumes Feb. 16. BYU is idle on the pitch but this Saturday sees the Cougars’ athletic department host a National Women & Girls in Sports Day. 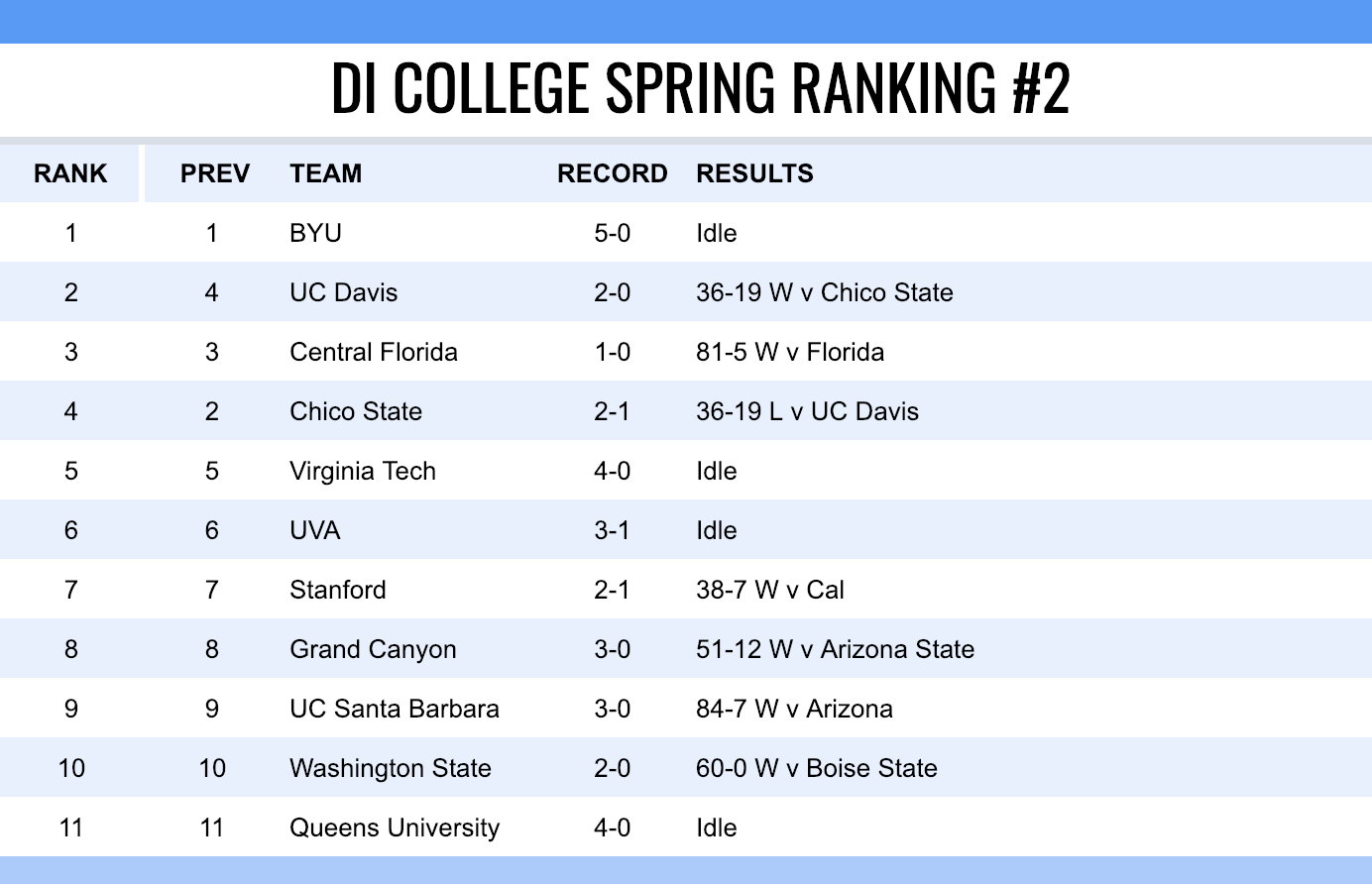