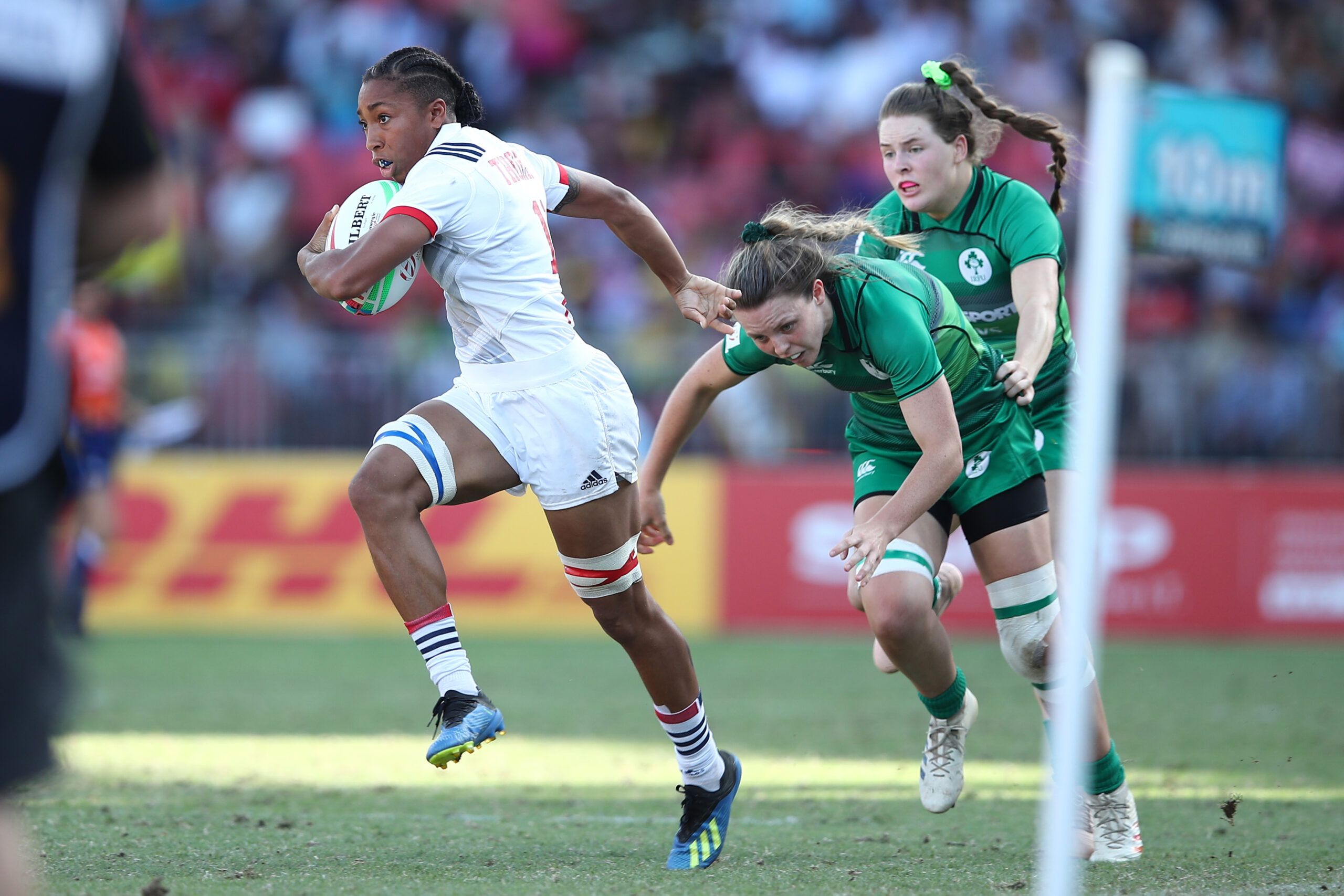 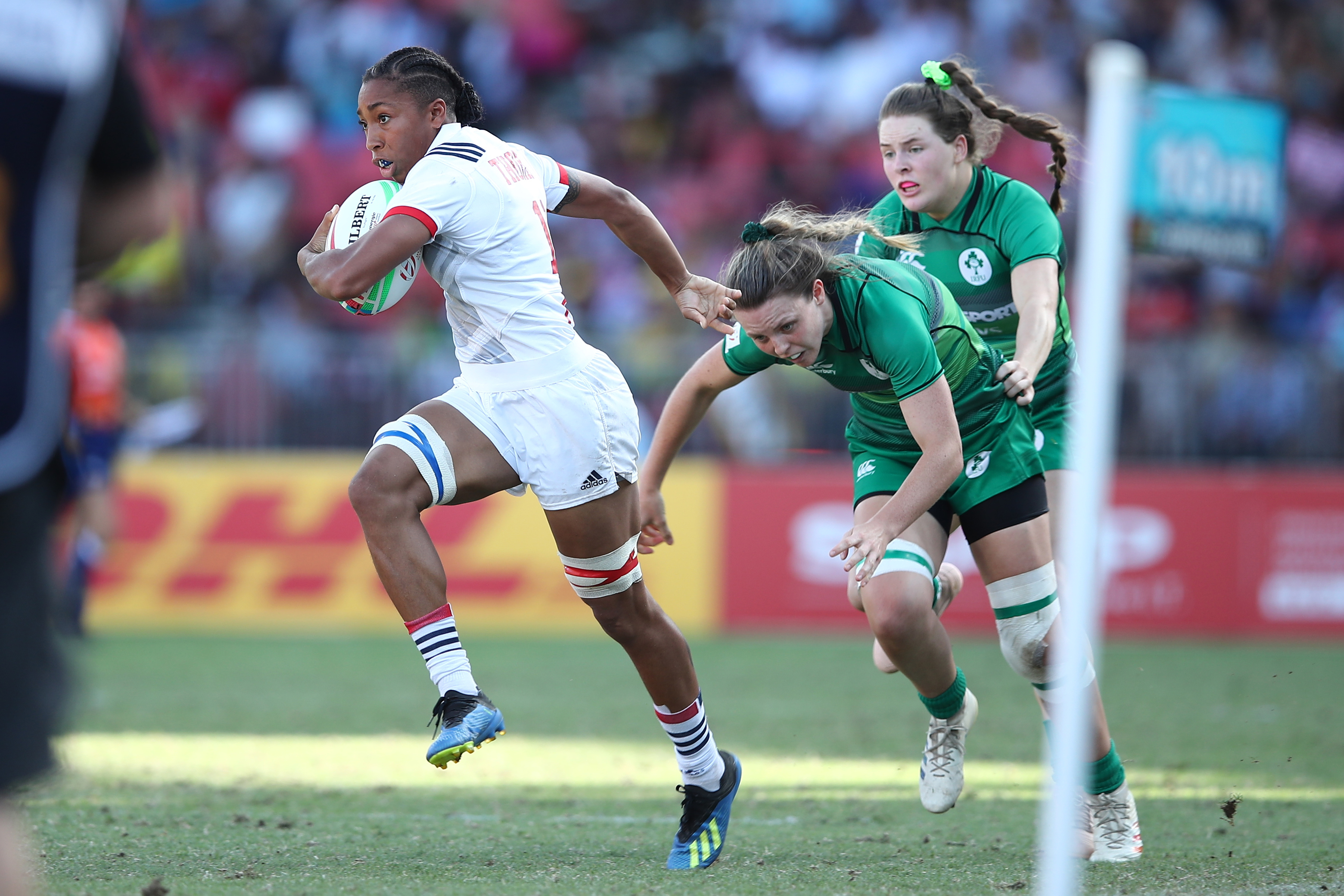 SYDNEY, AUS – The Women’s Eagles Sevens are bronze medalists at HSBC Sydney Sevens 2019. In the final match of the tournament, the United States showed powerful offensive movements to command possession and beat Ireland 26-10.

Having now concluded the third round of the season with their second medal, the USA women have reached No. 2 in the world rankings with three stops remaining to clinch Olympic qualification.

“Proud of how the girls fought to stay in the tournament and get the opportunity to take a medal as well as 16 valuable World Series points,” said Head Coach Chris Brown. “It wasn’t pretty — and not the attacking statement we planned to execute — but we are continuously growing as a unit and plan to keep moving forward. 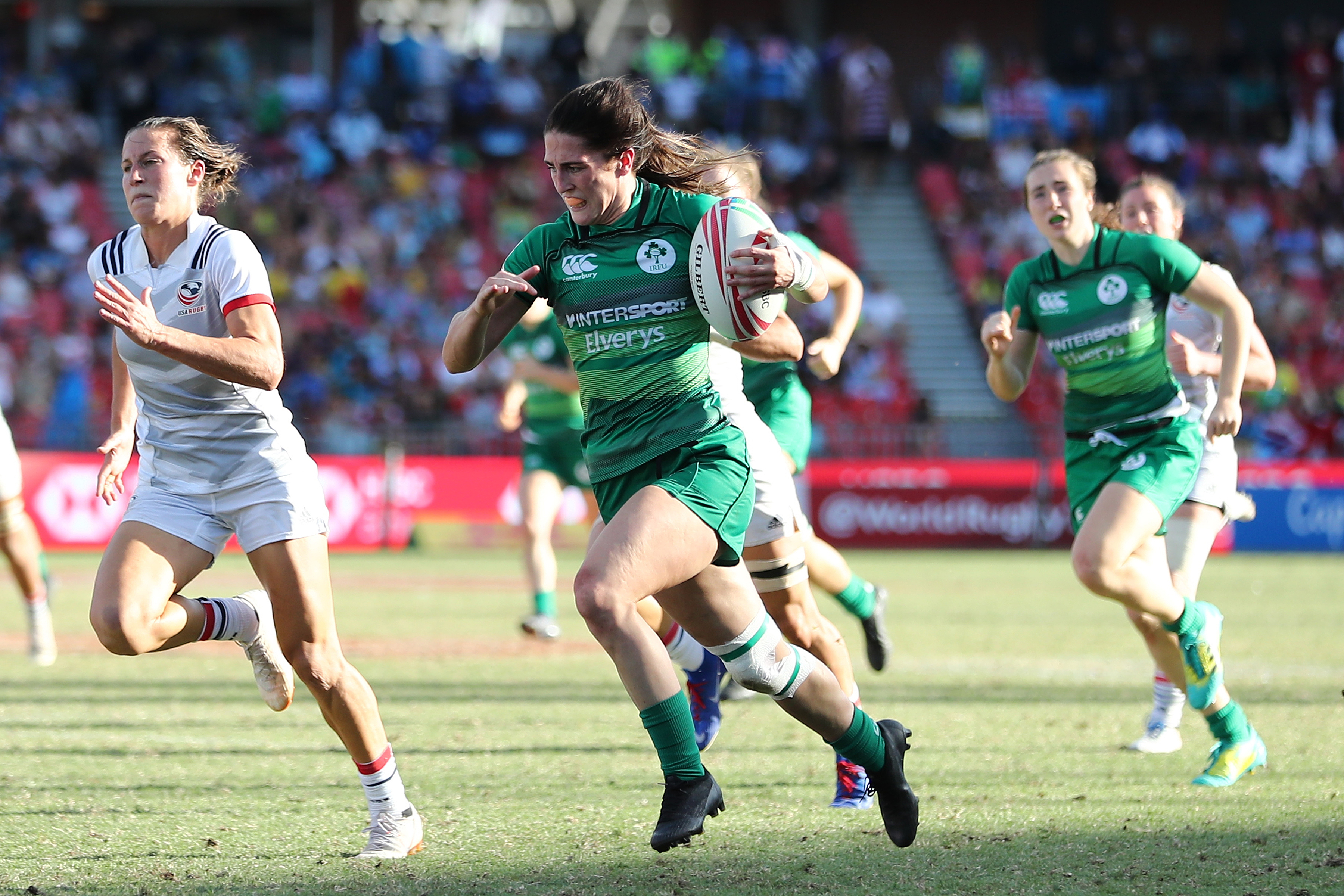 “We are getting exposed to exciting opportunities each tournament but sometimes the dark side of fear can restrict us in our play. As long as we continue to learn from our mistakes, and the more we are exposed to high-pressure situations, we will keep moving forward towards our goal of Olympic qualification.”

After defeating Russia yesterday in the Cup Quarterfinals amidst wet and rainy conditions, the Eagles Sevens fell to a harsh defeat by would-be Sydney Champion New Zealand. But the Bronze Final itself showed a different character to Head Coach Chris Brown and his side.

Within the first 30 seconds of the game, Kris Thomas exploited gaps with two dominant fends that helped her run across the tryline for an early lead. Then, with USA doing well on possession, Kristi Kirshe saw space and propelled herself forward to score the second of the game, 14-0.

Another ball from Thomas was taken perfectly from the scrum and ran down the right flank for the 19-0 lead at halftime.

Touch and go moments presented themselves when play resumed allowing Ireland’s Amee Leigh Murphy Crowe to strike for a near comeback. Using good speed on the opening kickoff, Murphy Crowe mimicked USA’s first try and broke open to make it 19-5.

Possession in the half was favored almost entirely on the Irish with the United States employing tactical work on defense. But it was Eve Higgins who scored Ireland’s second try to snap the American offense back in good order.

With just enough room, Kristi Kirshe identified a patch of space, snuck through it and outran the Irish defense to notch the fifth try of her debut tournament, 26-10.

Ireland attempted a comeback in the final minute but the clock was too fast and the USA sealed their Bronze Medal victory with a kick to touch at fulltime.

The Women’s Eagles Sevens will now have a break until the next round of the HSBC World Rugby Sevens Series 2019 takes place in Kitakyushu, Japan from April 20-21. Still sitting atop the Series rankings, the United States has three more tournaments to benchmark their placing and claim a spot at the Olympic Games Tokyo 2020.