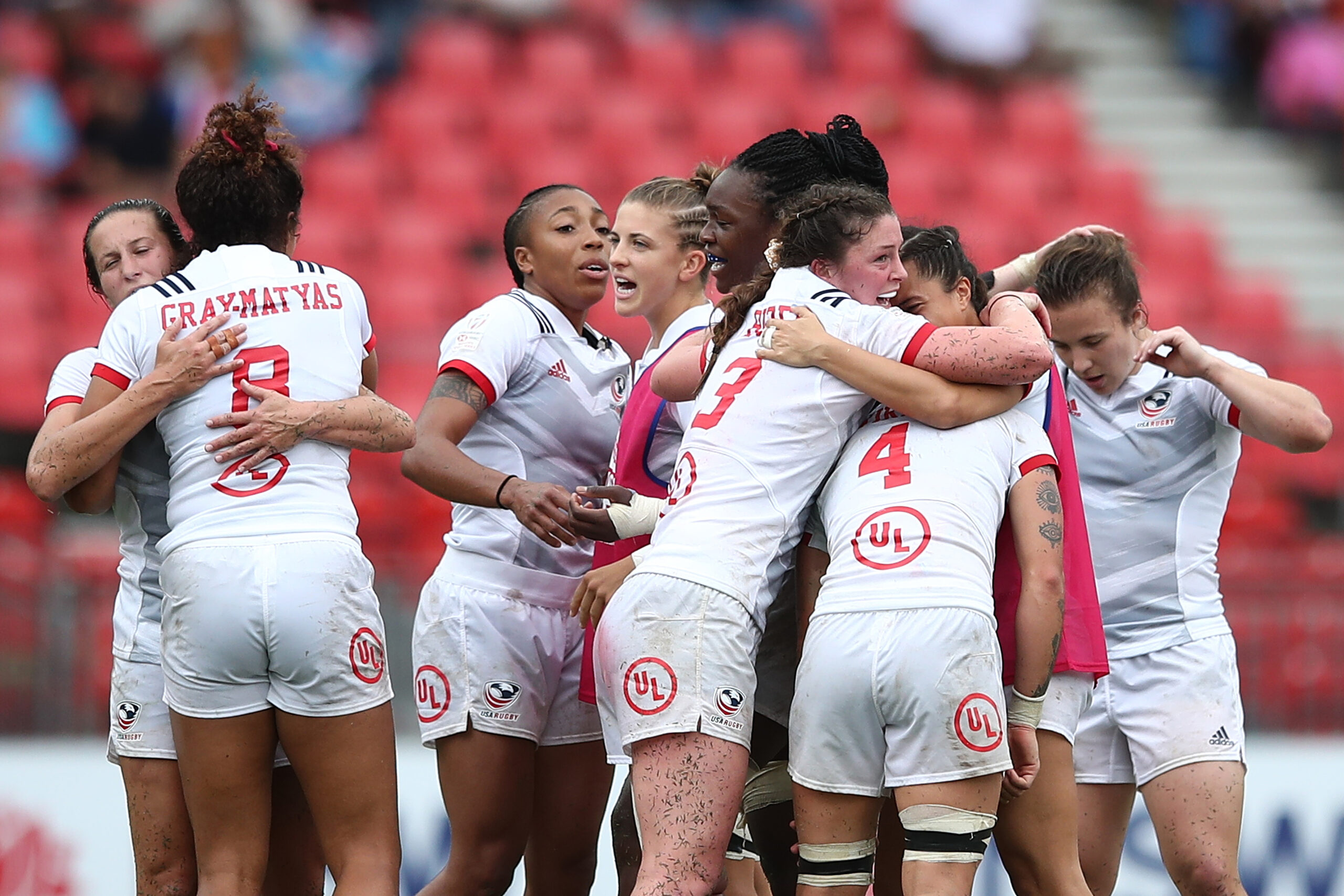 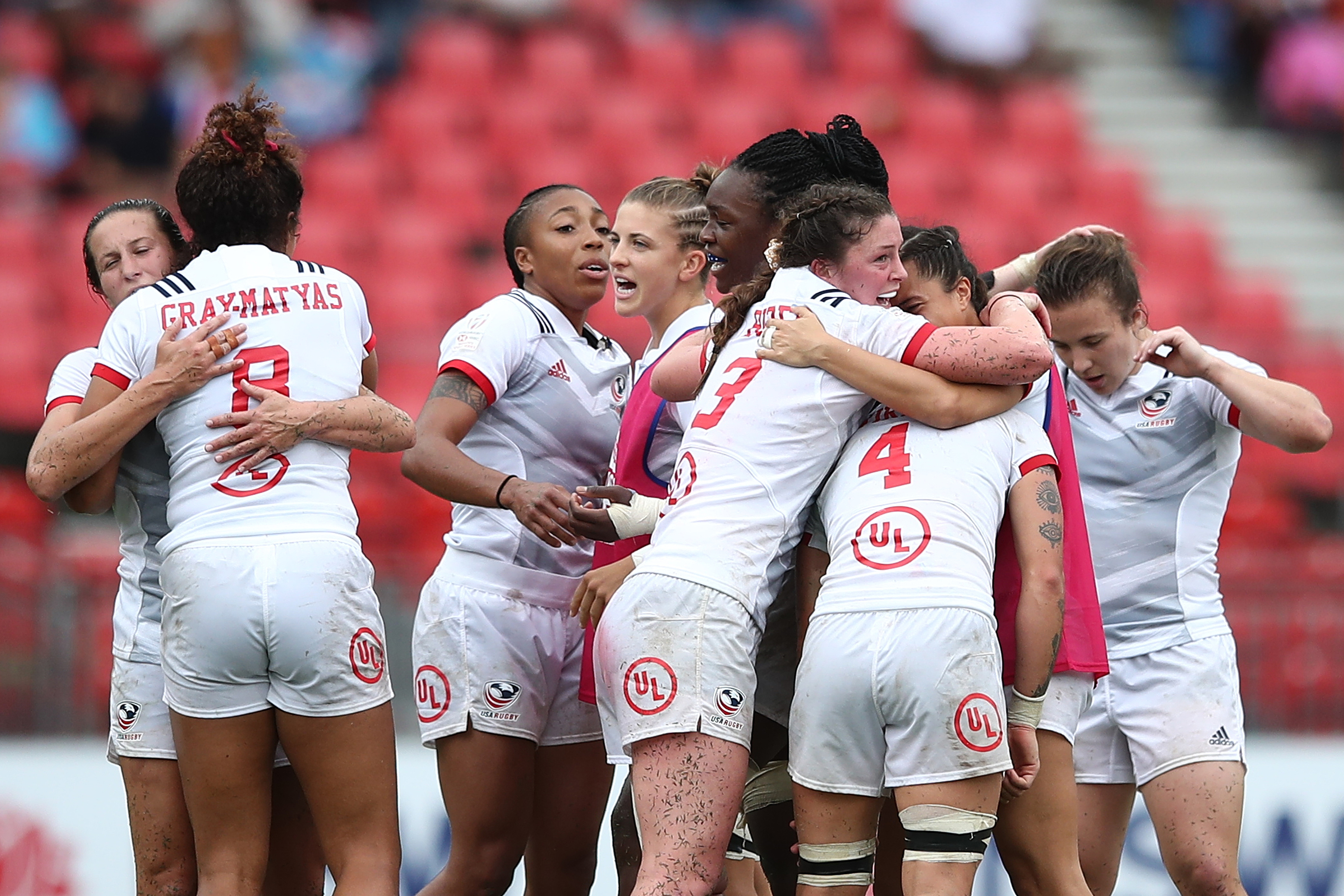 It took nearly the entire match, but the USA won its Sydney 7s Cup Quarterfinal 7-5 over Russia. Next up is New Zealand in the Cup Semifinals on Saturday, Feb. 2, at 2:34 p.m. PT. Depending on the outcome, the Eagles will face Australia or Ireland in the team’s final match.

All of the photos are courtesy of Mike Lee / KLC fotos for World Rugby. 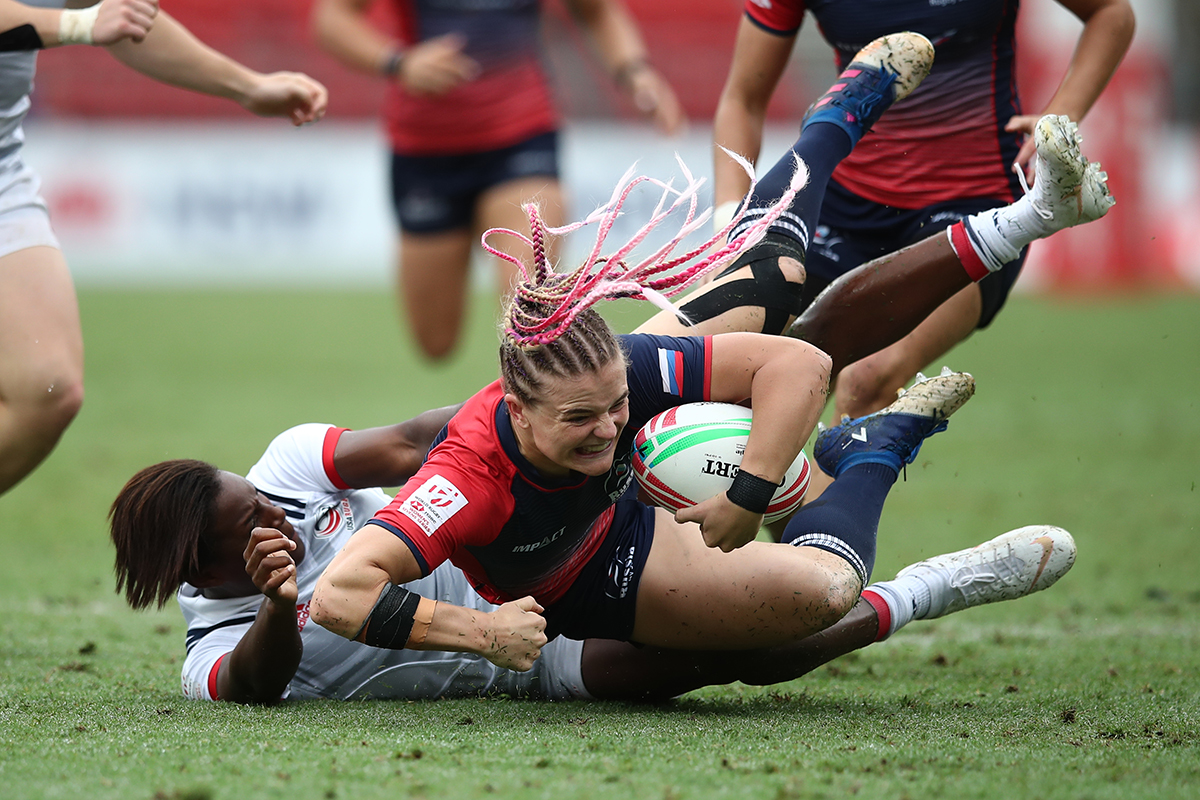 Russia went up early, sending Baizat Khamidova into the try zone two minutes in, and there the scoreline held until waning minutes. It wasn’t until the 14th minute that a rumbling run from Jordan Gray-Matyas landed with Cheta Emba, who dove over for the tying points. Nicole Heavirland stepped up for the conversion and go-ahead points, 7-5. 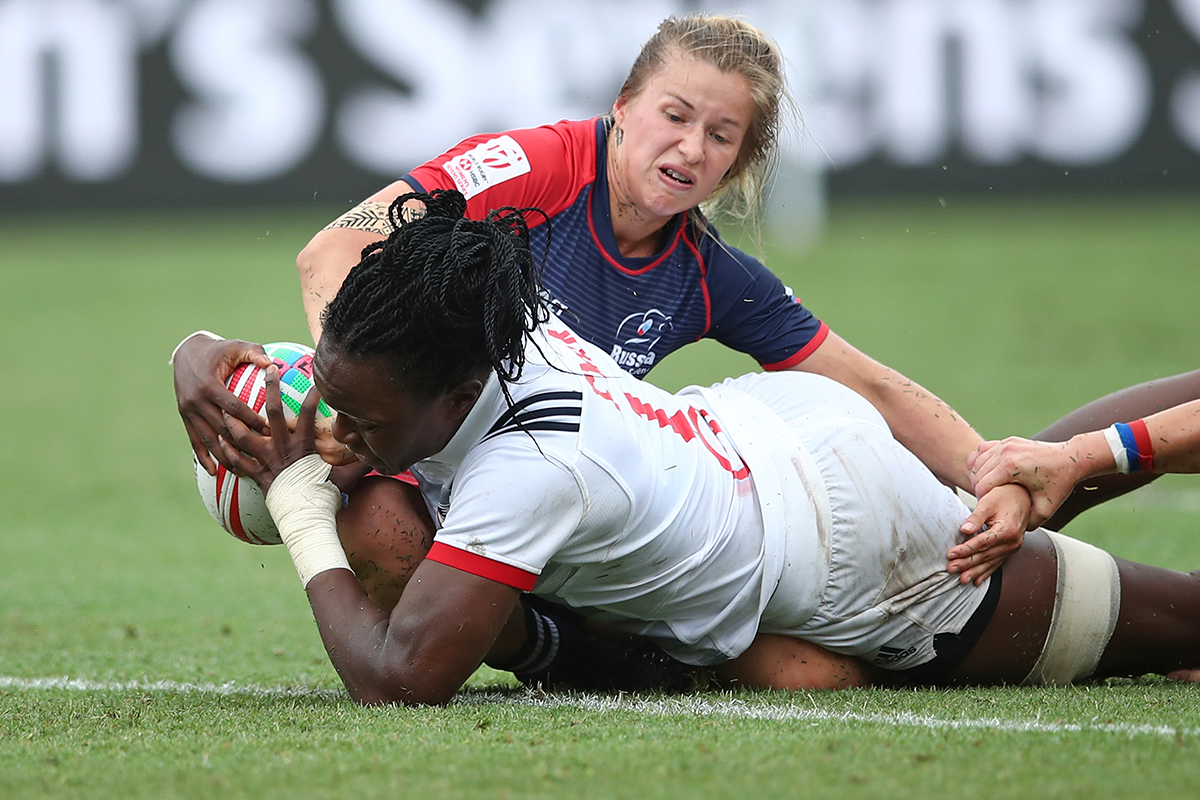 There was still some time to play but the Eagles held on for the win. It was the only game for the USA – and all the quarterfinalists – on Friday, an unconventional cadence after three games on day one. Day three will contain the two final games, and begin with New Zealand at 2:34 p.m. PT Saturday. 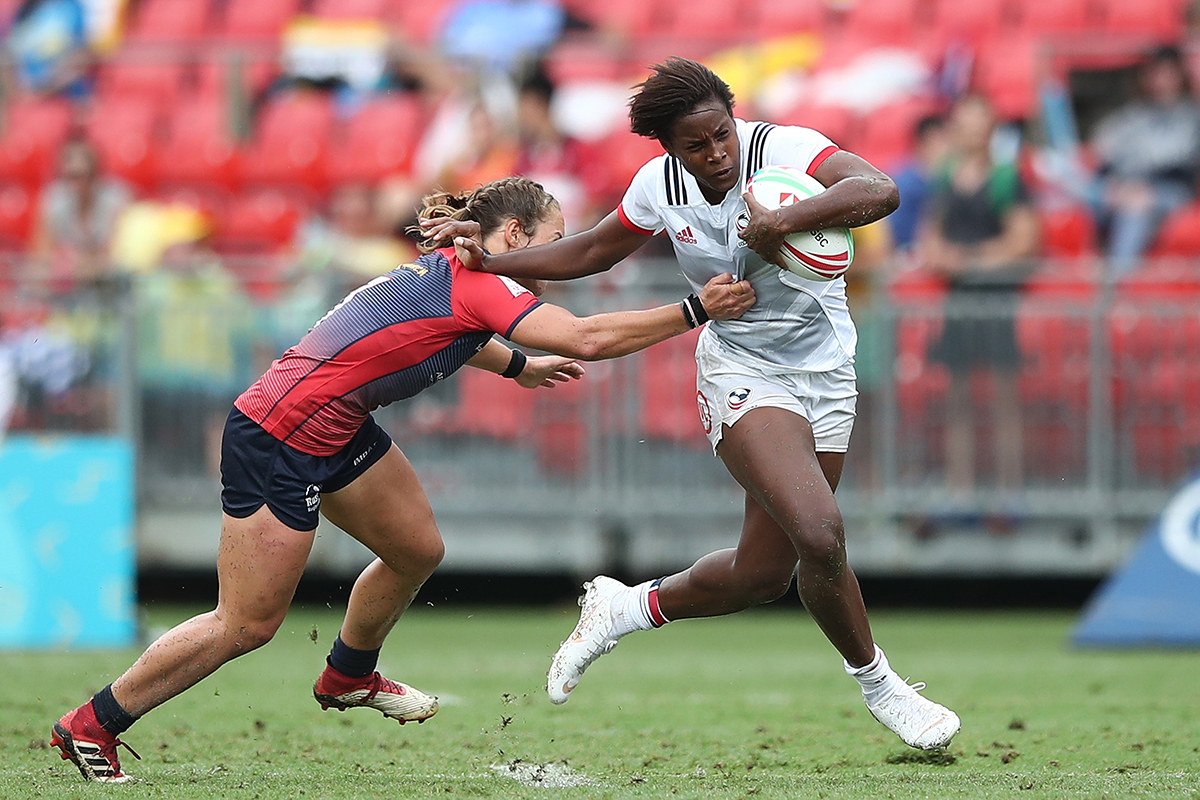