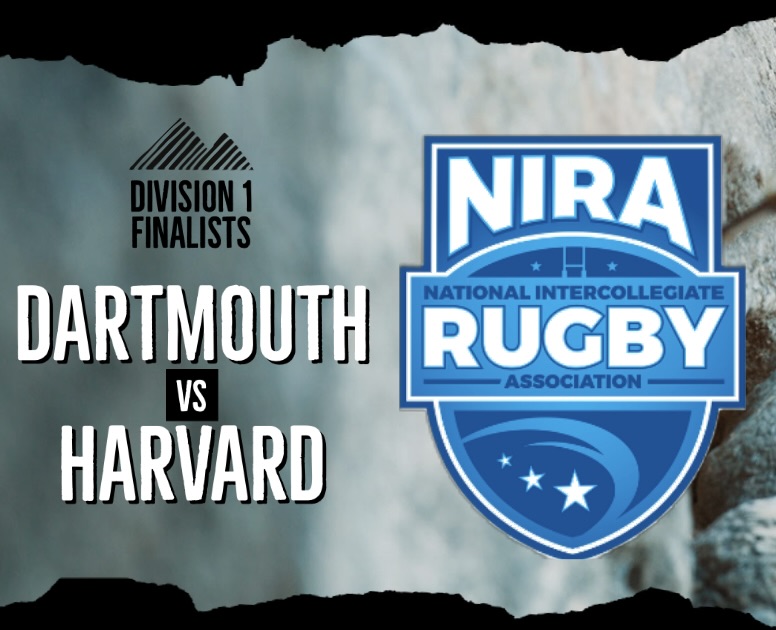 Division 1 Dartmouth College and Harvard University featured in arguably the best NCAA varsity match of the National Intercollegiate Rugby Association (NIRA) regular season this year. And now there’s going to be a rematch with a national championship on the line. After winning their respective semifinals, they advance to the Nov. 19 title bout, which anchors the finale event in Hanover, N.H., at 4:30 p.m. ET on ESPN+.

The Army vs. Harvard rematch wasn’t as similar to the teams’ in-season game, a two-point decision two weeks ago. The Black Knights took the first lead with a Gillian Scott intercept try, but Crimson’s opportunistic defense aided a comeback. Alex Pipkin, Brogan Mior and Cam Fields scored tries, while Chloe Headland kicked two of three conversions on the day: 19-7 into the break.

Chloe Headland intercepted the ground ball and took the ball and ran with no Army defense stopping her. Securing Crimson a 20-point lead, score is 34-14!! pic.twitter.com/Itp2m0BuNz

From that point on, Harvard kept at least 10 points between itself and Army. Fields, Tiahna Padilla, Lennox London – all of whom have been crushing freshman year – and Headland added tries in the second half. Meanwhile Army put Kaylee Cargile and Molly Murtagh away for scores, while Alissa Eisenhart – also thriving as a freshman starter – went 3/3 on conversions and added a dropgoal. Harvard won 41-24.

Dartmouth and Harvard have faced each other in one other D1 national championship – 2018 – and since then, Army has supplanted one or the other as a finalist. When the teams met in mid-October, Dartmouth won 31-29 (read Lauren Ferridge’s recounting of the comeback win), and safe to say the rugby community is eager for this rematch.