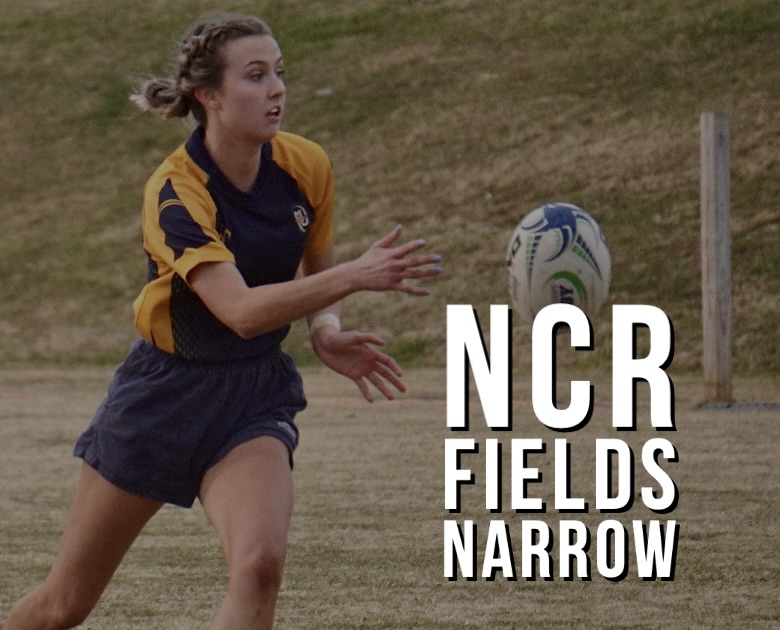 National Collegiate Rugby (NCR) held playoffs for all three of its women’s 15s competitions, refining the brackets as nationals approach on Dec. 3-4 in Houston, Texas. See all collegiate playoff brackets in this one doc; use tabs at bottom to toggle between competitions.

In Division I, Saturday was a Wild Card round, and winners advance to the regionals championships (aka, national quarterfinal and semifinals) on Nov. 18 and Nov. 20. Midwest runner-up Iowa State put up 35 first-half points against Big 10 Michigan State in the teams’ Wild Card match, then another 40 in the second 40. The Cyclones ride that 75-0 victory to St. Louis, Mo., and will face Big 10 champion Michigan in the Friday quarters.

Allegheny runner-up Kent State logged a respectable 24 points in the eastern Wild Card match, but Clemson nearly doubled the scoring output, winning 45-24. The Tigers head to Reading, Pa., on Friday, Nov. 18 to face Allegheny champ Notre Dame College in the quarters. The national semifinals occur on Sunday, Nov. 20, so only a DI final will occur in Texas.

Division II held its national quarterfinals at three different locations Saturday, and the four victors advance to the Dec. 3 semifinals and Dec. 4 finals in Texas. UT San Antonio was certainly hoping to feature in that home-state championship, but Wayne State College ended those aspirations with a 48-10 win in Nebraska.

The Wildcats will face Marquette in the national semifinals. The Great Waters runner-up won the closest of Saturday’s quarterfinals, downing Great Lakes champion Bowling Green State 22-15 in Elkhart, Ind. Both Wayne State College and Marquette featured at 2021 nationals, but the former was playing in (and winning) the Small College Division, while the latter was in Division I (there was no Division II before this season).

On the other side of the bracket, Great Waters champion UW Eau Claire posted another shutout, 29-0, against Ohio Valley champion Cincinnati. The Wisconsin team is new to the NCR semifinals and has found a great fit in Division II. In Texas, UWEC will first face Roger Williams, which has solid post-season experience in the Small College Division. The Hawks beat South Atlantic’s Coastal Carolina 42-7 in Culpepper, Va.

The Small College Division started at the Round of 16 and is going back-to-back at four regional championship locations this weekend. Stay tuned for an overview on Sunday after the semifinalists are named, and check out the scores page for a rounder idea of what happened in the U.S. this weekend.