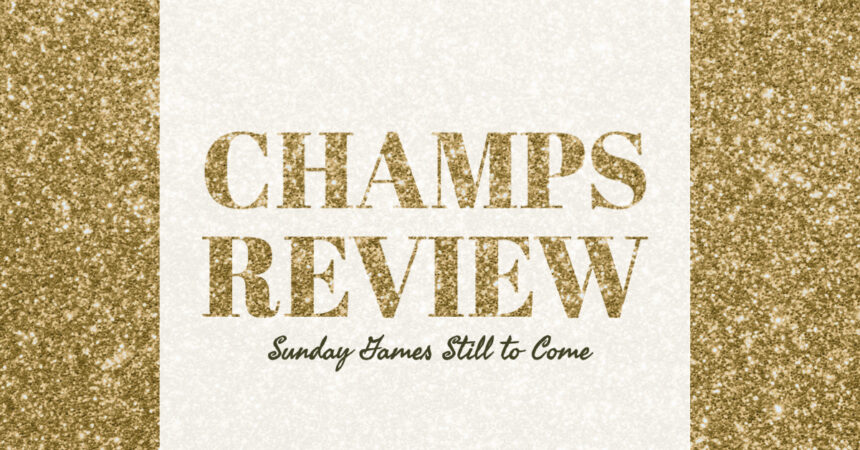 It’s Saturday night and lots of important rugby has happened these past two days, but the weekend isn’t over and there’s still much at stake. Keep in mind that following reviews three totally separate college rugby organizations. So, for example, all three have a Division I, but all three are competently separately from each other.

NIRA, the league for NCAA women’s rugby programs, named its Division 1, 2 and 3 national champions today in Hanover, N.H. All of the games were played on Dartmouth College’s Burnham Field and live-streamed on ESPN+. [Stay tuned for player interviews.]

Unlike D3, the D2 final featured two teams that had never competed for a NIRA national championship: Davenport University and Queens University of Charlotte. It was a back-and-forth affair in the first half. The Royals put Jay Stone and Lea Preuss into the try zone and Maddie Hughes added a conversion. The Panthers also scored two tries but did not convert; however, an Ashley Cowdrey penalty provided a 13-12 lead at the break. Davenport extended its lead to 20-12 midway through the second half, but then a Hughes penalty and Kamia Kruse try tied it 20-all. The scoreline held through regulation and sent the game into overtime.

Davenport had the legs for one more score. On the day, Cowdrey, Aubrey Crist, Val Goldsmith and Addy Ochoa scored the Michigan team’s tries, and Cowdrey added two conversions to lead all point-scorers with 12 points. But Davenport had only rostered 18 players and after injuries was down to 13 players. But numbers is part of the game, and Queens had the bench to keep pushing for two more converted tries: 34-27 the final.

The D1 final capped the day, as reigning champ Dartmouth took its home pitch against Harvard. The Big Green kicked off the scoring with a penalty and 3-0 lead that held until the 21st minute. Harvard No. 8 Charlotte Gilmour dove over the line for the first of two lead changes, 5-3. Championship MVP Ari Ramsey then scored back-to-back tries to put Dartmouth ahead 15-5 at the break. With 12 minutes to go, a Harvard maul to the line and then good backline movement saw freshman wing Cam Fields score out wide, 15-10. An intense 10 minutes followed, but Dartmouth was able to hold off Harvard for a repeat D1 championship.

National Collegiate Rugby (NCR) named its Small College and Division II national semifinalists last weekend, but Division I is holding its national Round of 8/4 this weekend. Friday was for the quarterfinals, and the two games in St. Louis were competitive. The field was very interested in first-year Southern Nazarene, and it put up a great fight against Univ. Northern Iowa, the 2021 national runner-up, in a 42-29 decision to the Panthers. Iowa State and Michigan followed, and the teams were generally within striking distance of each other until the final 10-15 minutes, when two tries afforded a 36-17 win for Michigan.

On Sunday, Michigan and Northern Iowa play each other in the semifinals and the victor advances to the national championship on Dec. 4 in Houston, Texas. Also, Iowa State beat Southern Nazarene 39-17 in a Saturday consolation match.

In Reading, Pa., Notre Dame College and Iowa won their respective quarterfinals by more convincing margins. The Falcons took down Clemson 57-5, and the Hawkeyes – behind seven tries from fullback Erica Coulibaly – beat Colgate 42-15. The two face each other 11 a.m. ET Sunday for a berth to the national championship. In the Saturday consolation match, Clemson beat Colgate 41-19. More to come.

Navy hosted several College Rugby Association of America (CRAA) divisions and their playoffs on Saturday, and there’s still an important game on Sunday.

The schedule and field assignments got a late shake-up when Penn State forfeited its DI Elite national semifinal to Lindenwood University. See the Nittany Lions’ statement. So Central Washington Univ. and Life Univ. represented the only DI Elite game in Annapolis, Md. – but it was another goodie. Life took a 10-0 first-half lead on tries from Adrionna Duncan and Matilda Kocaj, and it’s a good thing, because Central Washington responded with 19 second-half points. Malia Ili, Maddie Hadden and Tessa Hann scored tries, and Kai Brandt-Templeton kicked two conversions. But Life stayed tough and put Autumn LoCicero and Susan Adegoke away for tries, and Jess Keating’s conversion aided the 22-19 win. Life now advances to the national championship against Lindenwood.

Division I held its fall semifinals on Saturday, and both games occurred at 3 p.m. ET. Utah State eliminated UCONN with a 42-5 win and makes its first-ever trip to a fall championship final, which occurs during the Dec. 3-4 Fall Classic in Charlotte, N.C.

A post shared by Fairfield U Women’s Rugby (@fairfieldwomensrugby)

Division II is contesting the most robust weekend, and it started with the second round of post-conference playoff games (which is the best way to describe this stage of the post-season). Fairfield was one of two Wild Card winners from Nov. 12 and was chosen for this round of playoffs over UVM via film review. The Tri-State team went to work in Maryland and beat Rugby Northeast champ Providence College 36-10. An hour later, 2021 fall runner-up Temple Univ. defeated Colorado Mesa State 38-14 to advance to Sunday’s semifinal play-in against Fairfield, a game that occurs at 12 p.m. ET on field 1.

Keep in mind that the three rounds of playoffs from Nov. 12-20 are funneling into one semifinal seed. The three other semifinalists (Vassar, Coast Guard, Colorado School of Mines) were named on Nov. 6, the final day of the regular season.

WPL & The Next Rugby Frontier: Professionalization