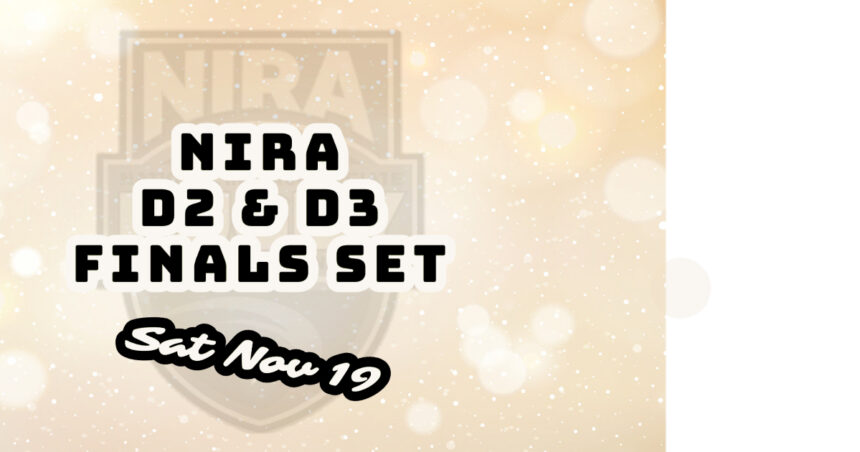 The National Intercollegiate Rugby Association (NIRA) championship matches are now set, as the final Division 2 semifinal took place Sunday in Grand Rapids, Mich. The Division 1, Division 2 and Division 3 finalists now report to Dartmouth College in Hanover, N.H., for the Nov. 19 title matches, all of which will be live-streamed on ESPN+.

Queens University of Charlotte hosted reigning D2 national champion American International Collegiate (AIC) for the teams’ Saturday semifinal. It was a rematch of the 2021 semifinal, which AIC won 22-20. Lea Preuss scored the game’s first try and Maddie Hughes’ conversion gave the Royals a 7-0 lead. AIC then scored on either side of a break to surge ahead 12-7. Queens resumed got ahead for good with a Maggie Sweeney try and Hughes conversion (14-12), and then Alle English dotted down for the team’s third try. Hughes ended the day with a penalty kick to seal the 22-12 win for Queens. Watch the game film. The Royals advance to their first NIRA national final and will play another finals first-time in Davenport University.

The Panthers hosted West Chester University on Sunday and put banked an impressive 57-7 victory. The game started quickly, as Davenport scored approximately two minutes after kickoff, but West Chester was up it and put Jordyn Melnick into the try zone a couple of minutes later. Sara Nicholas added the extras and it wasn’t until minute 28 that the Panthers snapped the 7-all tie. Davenport put down three tries followed before halftime (28-7), and then picked up the intensity in the second half.

Queens (South) and Davenport (North) compete in different geographic pools, so they didn’t see each other in the regular season, but they have a couple opponents in common. Earlier in the season, Davenport beat AIC 22-19, and Queens shut out West Chester 20-0.

Univ. New England and Bowdoin College will once again feature in the D3 national championship after winning their respective semifinals Saturday.

Reigning national champion Bowdoin College beat Castleton 56-8 in the Spartans’ first trip to the semifinals. The Polar Bears took a 36-3 lead into halftime and surrendered just one try in the second half. All of Castleton’s points – a try and penalty kick – came via Hannah Coupas. Lulu Linkas led Bowdoin’s point scorers with 15 on three tries, while Lauryn Eisenhart contributed 13 on a try and four conversions. 2021 championship MVP Rebecca Vakarau (2), Evie Hamer and Len Dodge scored tries, and Katie Stomma would have as well if it weren’t for a penalty try.

Univ. New England topped Norwich 75-27 in the teams’ Saturday knockout match. It was only 14-10 after 15 minutes, but then the Nor’easters began to pull away. Three players accounted for 20 points apiece: Mackenzie Burke and Liz Cogan scored four tries each, and Salma Bezzat went 10-for-11 on conversions.