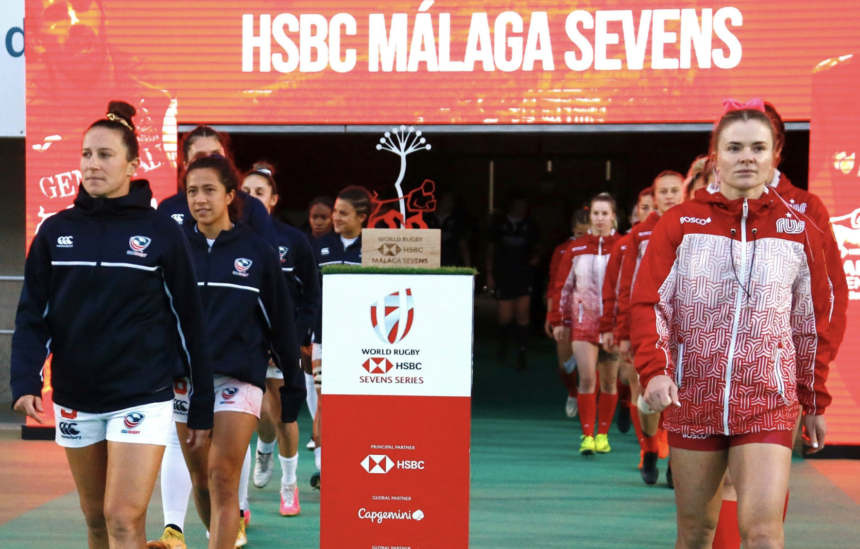 The USA has won the Malaga 7s, the third stop on the 2021-22 HSBC World Rugby Sevens Series. The Eagles closed their undefeated weekend with a 35-10 final victory against Russia, and celebrate their first gold medal since the 2019 Glendale, Colo., tournament.

Ilona Maher was named Player of the Final, and she did have a knock-out showing. But her value was present throughout the whole tournament. She – like fellow powerful ballcarriers Kristi Kirshe, Naya Tapper and Cheta Emba – often requires multiple defenders to halt her forward momentum, and she uses that attribute to – yes, score tries – but more importantly set up her teammates. She manipulated the defense especially well in the final, and was rewarded with the game’s final try as well. 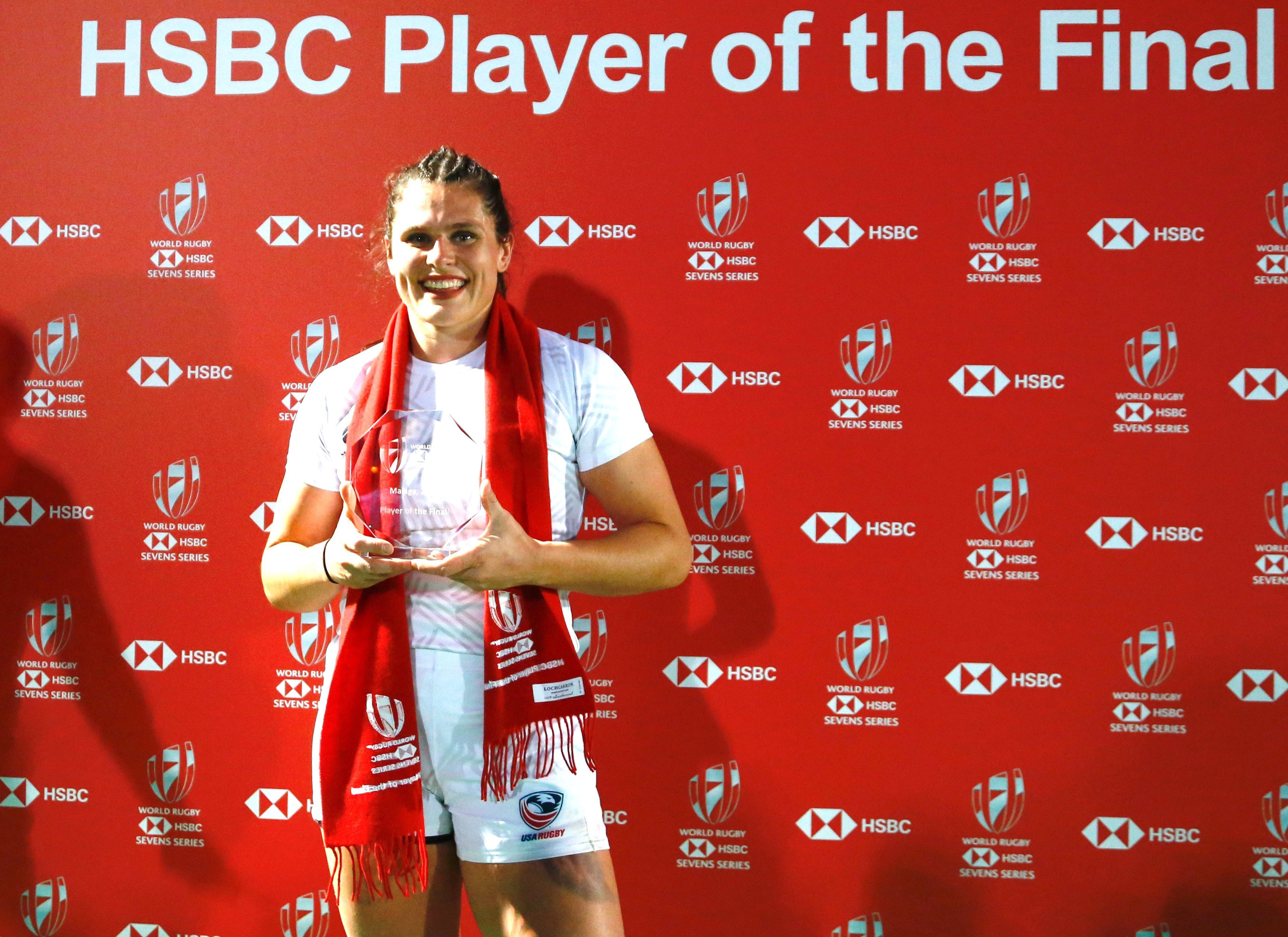 Obviously, a game isn’t won or lost on the back of any one player, and considering Russia only trailed by four points at the half, the Eagles needed a full-team effort to pull away in the second half.

Russia’s opening kickoff went deep, and good carries from Kirshe and Tapper moved the team downfield. The ball recycled to Maher, who drifted across and attracted two defenders. Meanwhile, Kristen Thomas hit that gap at pace and a flat pass put the flyer away for the centered try. Scrumhalf Nicole Heavirland was perfect on conversions and hit the first of five for the 7-0 lead.

Russia kept the restart and then drew a penalty in the ruck. The reaction was quick and Baizat Khamidova pushed off two American defenders along the sideline for the try, 7-5.

Russia sent another deep restart, which the USA kept and then built upon after a penalty. Some good phases led to Maher and Tapper together on the wing. The former delayed the pass a bit, just to keep the defense guessing and to shake loose some extra space out wide. Tapper took the pass, split the defense and scored her 98th try. Tapper is the all-time leading try-scorer for the USA, having surpassed Alev Kelter (who signed with Saracens for the rest of the Allianz Premier 15s season) during Malaga 7s. USA led 14-5 with Heavirland’s extras.

In retrospect, the half should have ended with that point differential. As the clock closed, Russia gave up a penalty deep in the USA’s end, and a tap then kick to touch would have ended the half. But there was some confusion about how much time was left and the kick straight to touch needed to be played out. The Eagles set up for a lineout on its 40 meter, Russia stole it, and held onto the ball for the next minute-and-a-half. The USA defense was patiently pushing forward, but then a pinch inside produced an overload out wide, and Russia saw it. In the end, Russia had the grit to fight through a messy ruck, and Snezhanna Kulkova popped up with the ball for the try: 14-10 into the break.

The Americans scored three unanswered tries in the second half, and displayed so much confidence in the final half. When the Russian defense forced the USA to retreat, the team remained calm as it regrouped and awaited its moment to break free. Maher sent a no-look, flat pass to Kirshe hitting the line at pace. After straightening up the defense, Kirshe moved the ball to Jaz Gray for the try, 21-10.

Russia looked to answer that score with a massive short-side break off a scrum in USA territory, but Gray was in good position to gather a fortuitous knock-on. Russia was less composed and the high tackle on Gray gave the Eagles a player advantage for two minutes. The USA restarted play with a scrum on its own 30 meter, and after a couple of phases, Maher took the ball across the defense and palmed off the first defender with outstretched arms. That freed up Gray, and the pass to the wing produced another long try, 28-10.

The USA held onto the ball for most of the remaining minutes, just working the ball sideline to sideline and not showing any wear – impressive considering the roster featured just 10 players with Cheta Emba and Mata Hingano absent. The final score evolved as Heavirland and Tapper switched on the sideline, and then Tapper fed Maher for the final try, 35-10 with Heavirland’s fifth conversion.

The win moves the USA into fourth in the series standings, trailing No. 3 Russia by six points. The field reassembles next week in Seville, Spain, for round four.