The DII West Coast Rugby Conference knows its four semifinalists, although this weekend’s league games can still affect seeding. Provided those games occur, the semifinalists will have played nine conference matches en route to the championship weekend. Considering the ubiquity of cancellations and forfeits across the country this spring, this complete, 10-team schedule is a credit to the league, which is now a riper ground for potential post-season participants.

“It’s important to play all of these games in this division, because we have some good teams,” Fresno State backs coach Amber Cluff said. “If Saint Mary’s College and UN Reno didn’t make up their game [this Saturday], then the league loses an opportunity to understand where it is. Plus, if the top four are pretty good, then we might have an opportunity to get into a region that needs [post-season] teams. If you submit an at-large bid and can say, ‘We played nine games and none of them were forfeits,’ that helps.

“It’s important for teams like San Jose State, too,” Cluff continued. “They went from not having enough players and forfeiting, to having a strong squad that will finish in the top four. The commissioner, Barry [Foley], and Fresno State have pushed the sentiment that the more rugby we can play, the better we get and the better the league gets.” 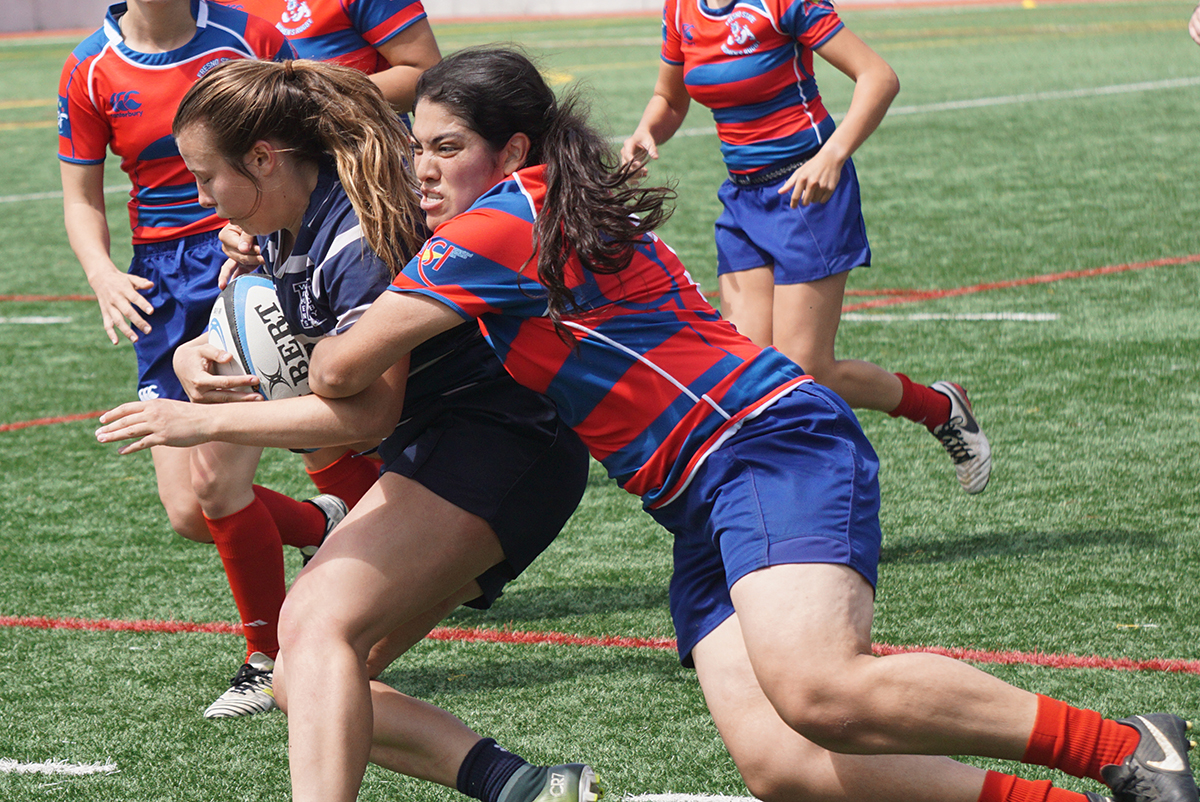 “When people use the term ‘rebuilding,’ it sometimes takes a negative connotation, but for us, it was about finding out who really goes where when considering the lack of experienced players, and where to put the new rookies to help us be a great squad again,” Cluff said.

Scrumhalf and captain and president Raquel Macias is the consummate leader, and has put the team’s success and growth on her shoulders. She works with an experienced unit in Regan Garner, who moved from fullback to flyhalf this year, and returner Averi Peterson at inside center. The rest of the backline is young, which is the big shift from the previous couple of years. 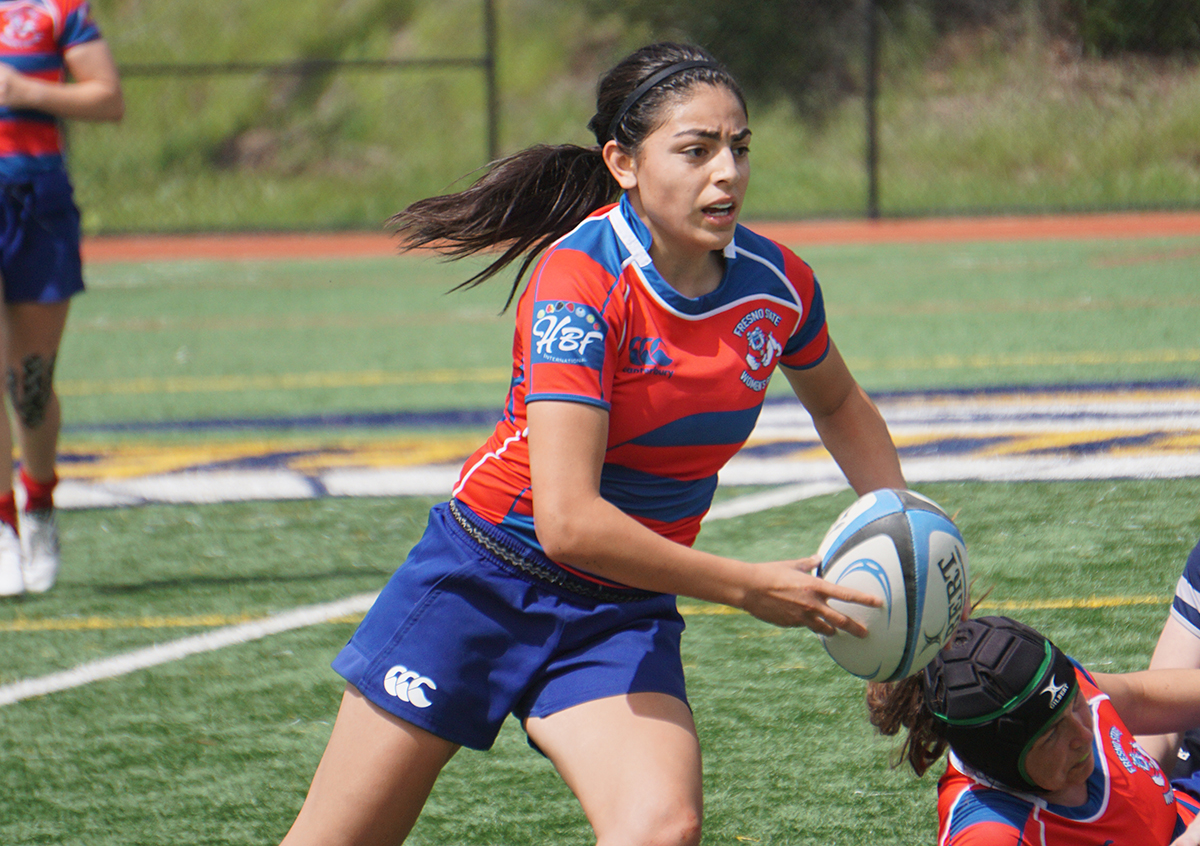 “You mold the game around the players you have. Last year, a lot of our scoring came through the back line, and we worked off them. This year, there’s more interchange between the backs and forwards, and there are different dynamics according to the different power players,” Cluff explained. “It’s not as clear as last year – the back-dominated game – and we’re using the forwards and really fusing them with the backs to score.”

Megan Oleski, a rookie last year, has stepped into a big role that longtime No. 8 Megan Walls left. She’s doing a great job owning that position, and is well supported by players like Mayra Aguilar and Claire Le Franco, who lead by example.

The team has had a nice influx of talent as well, with Madison Forester making an impact in the second row, and outside center Laura Ellison-Seeger consuming all things rugby in order to expedite growth. Both are very coachable, according to Cluff, which makes the rebuilding process especially enjoyable. The team also does a smaller spring recruitment drive, and it produces a couple of gems every year. These players have a unique experience, joining a team that’s already hitting its stride, participating in playoffs, and then returning in the fall ready to contribute in a big way. Danyelle DeLeon, who was recruited in spring 2018, is one such example, and flourishing at fullback. She also brought on her younger sister, Malena, who does damage from flanker. 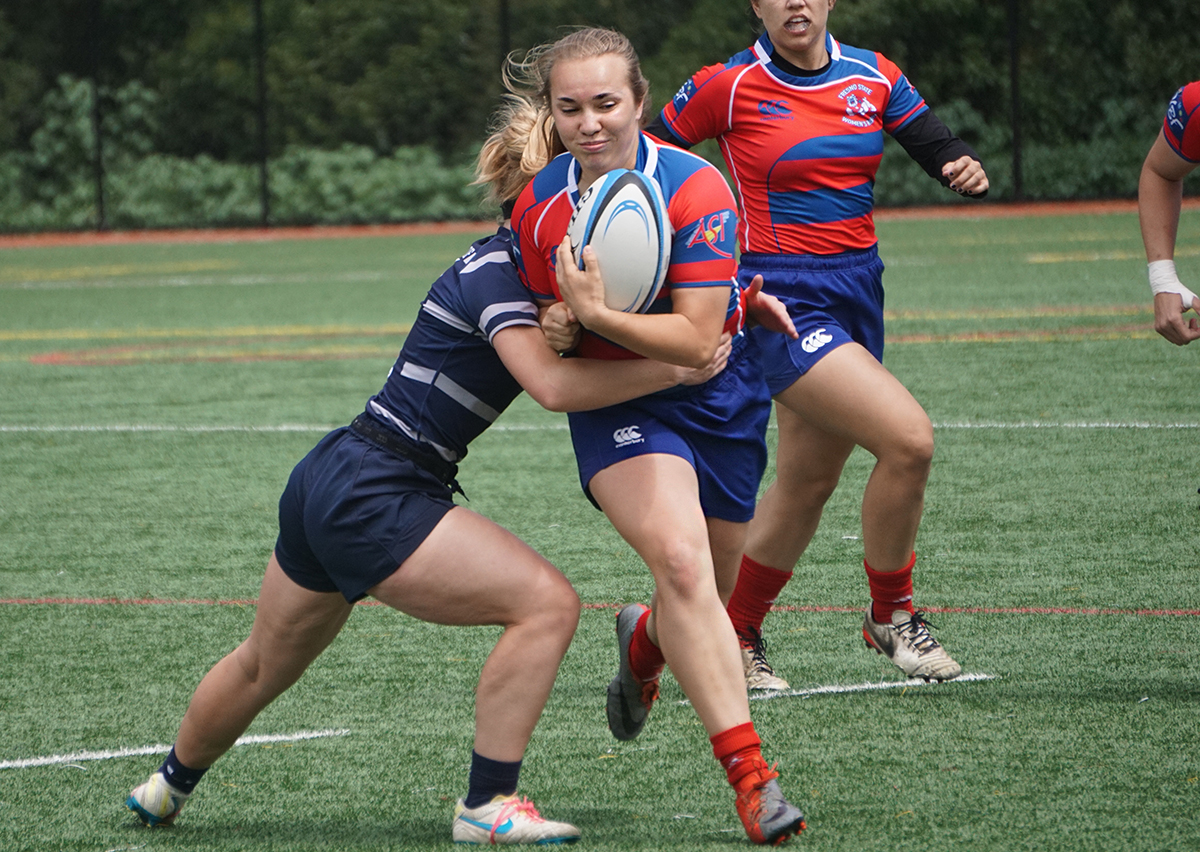 “We’ve had some tough games, and that’s good for the new players,” Cluff said. “You learn from losses, and we didn’t have that until [spring] final four last year.”

The most valuable game was a 24-19 loss to SMC in Moraga. It was a boggy, physical and yet clean game that provided a wealth of information about the squad and its work-ons.

“Players could have spiraled down, especially the returning players who don’t have that losing feeling. They only lost to Tulane last year,” Cluff said of the team’s reaction. “They took it how we expected them to take it: learning from the loss, what do we need to work on, who do we need to fill positions when people are injured or can’t travel? Ultimately that’s what helped us against Reno.” 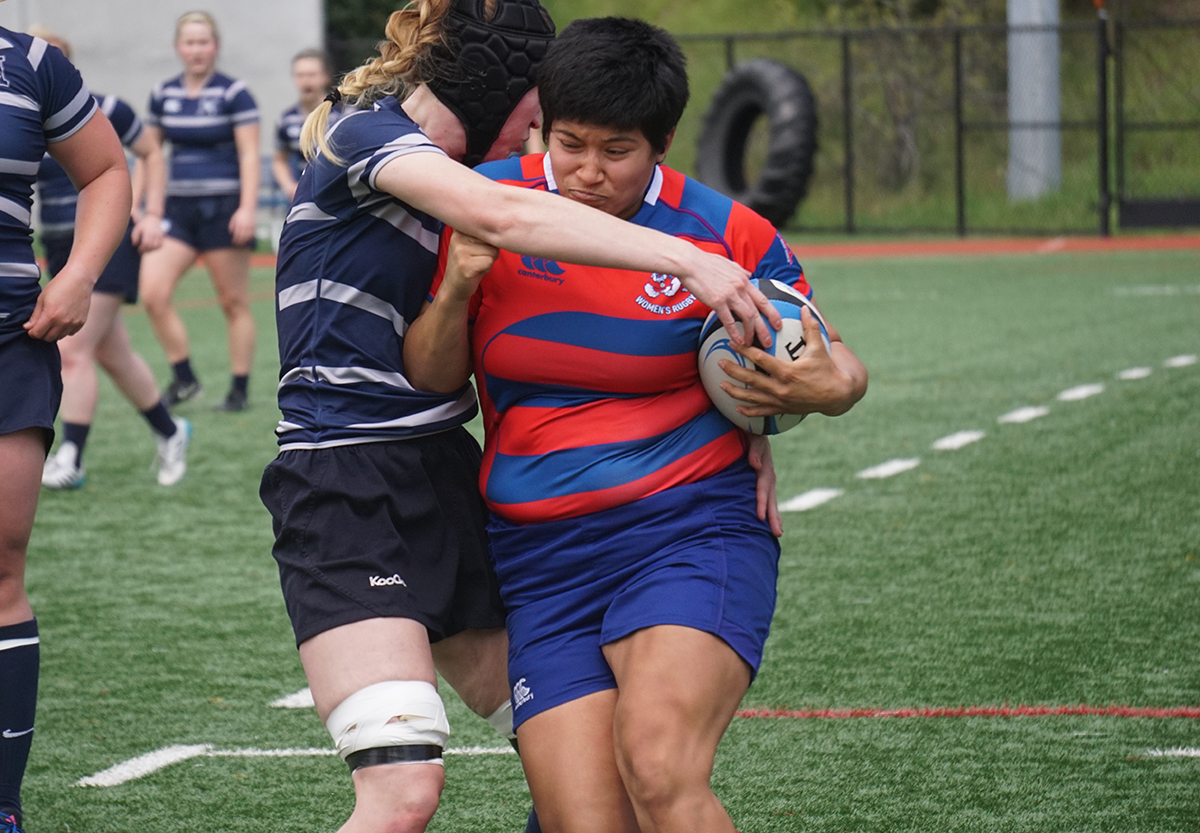 Fresno State beat UN Reno 33-21 in another close, valuable match, and will round out league play against USF this weekend. The highlight will occur in Nevada, as the Wolfpack hosts the Gaels for a potentially seeding-affecting game. It’s not yet known how many berths the conference will receive to spring regionals, which will occur April 19-20 at UC Irvine.

“We’re in a good position to reach our goals, which are attainable and reasonable,” Cluff said. “Even though we have a very different squad, we’re still a great team and we’re making the adjustments we need to make with the young squad we have.”

The Rugby Breakdown will be on site during day one of the West Coast conference championship in Monterey Bay, and then the DI Elite National Championship in Palo Alto on Sunday.

Lacy on Life as a Running Eagle