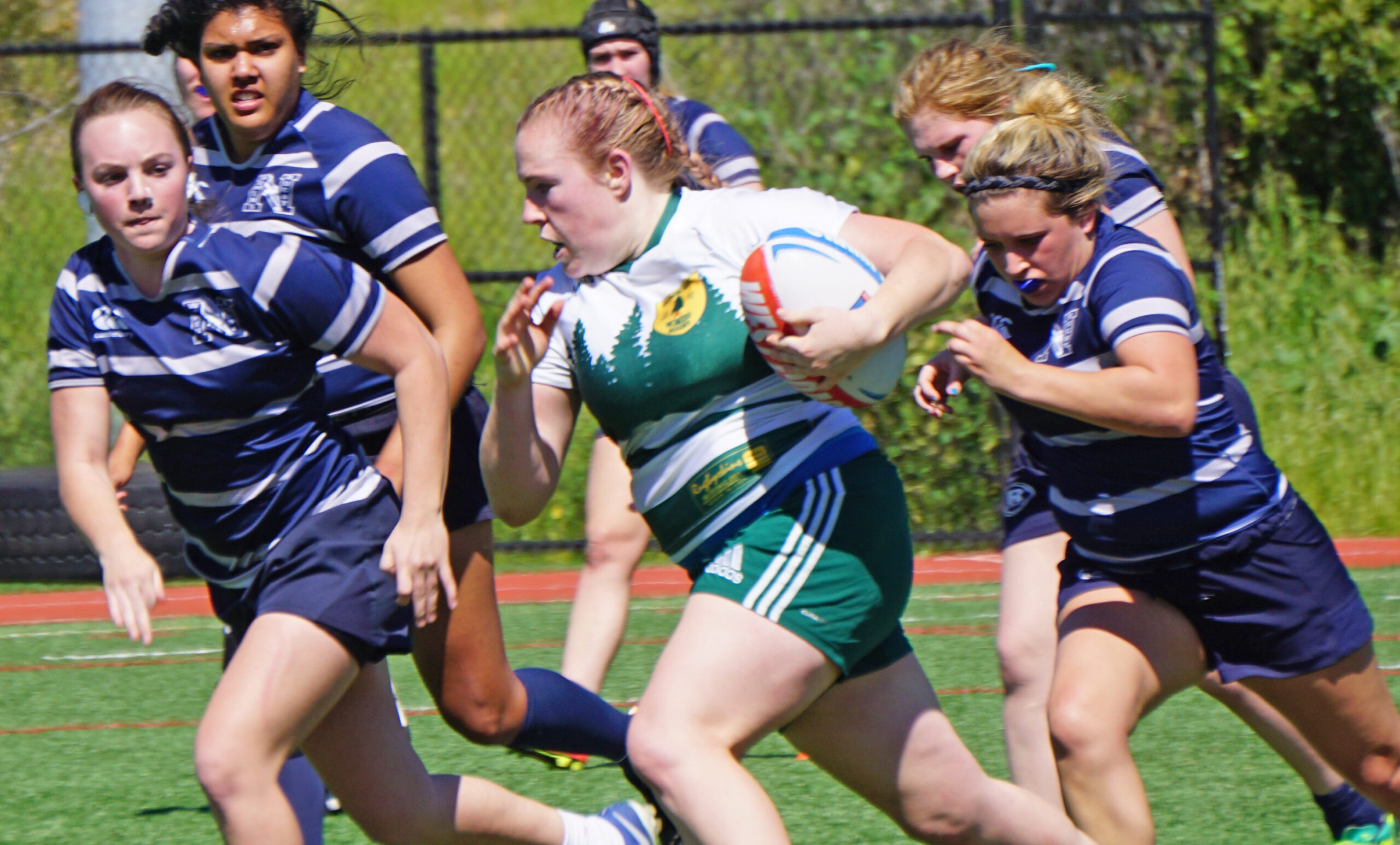 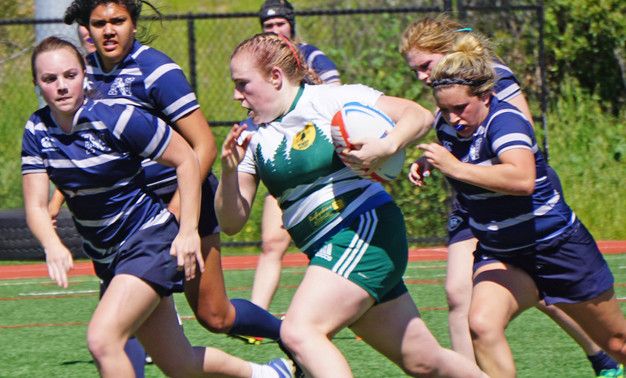 Flyhalf Kiana Hargreaves was in charge of a potent Humboldt back line.

The two best DII teams in the West Coast conference met each other for the third time this season, and true to previous results, Humboldt defeated UN Reno by a healthy margin. The Lumberjacks defeated a physical Wolfpack 66-12 and earned top billing at regional playoffs at UC Davis in two weeks. UN Reno’s season is still alive and the team will be present in northern California as well.

Approximately five minutes in, Humboldt missed a penalty kick and UN Reno relieved some pressure with a deep drop 22. Inside center Jordan Ludtke fielded the kick, dummied past the on-rushing defense and spun out of tacklers for the first of her two tries. It was a great individual effort but also indicative of how well Humboldt created and took advantage of its scoring opportunities. Breakdowns and scrums turned over, players worked well in traffic, and line-breaks were well supported.

Eventual MVP Meredith Conrad-Forrest was particularly effective, and the player-coach did well to set up her teammates and put them into space. The flanker has played in the back line and connected well with #13 Lila Bell, who with a little momentum behind her was really tough to halt. The pair set each other up for tries, whether it was a scrappy kick-and-chase series or a flat pass to an at-pace receiver.

Humboldt scored 42 points before UN Reno was able to answer, but the Wolfpack was diehard in its play. Wing Megan Shalvis and fullback Lacy Ray were inspirational in their coverage, traversing the pitch and ending many breakaways before the try line. Forward Patricia Malaspina was also a highlight, accounting for one of Reno’s tries and continually hitting the line with pace, while also picking up some kicking duties.

The lone criticism was Humboldt’s lineouts, which struggled with throw-ins. Otherwise, the forwards had the edge in physicality and were led by sophomore No. 8 Libby Treu. Her piercing runs and good offload ability gave her side continual go-forward, and the trio of loose forwards with Conrad-Forrest and Rattnak Sokhom led the mobile pack. When the ball moved wide, the back three of Tiana Barron, Vanessa Mendez-Beltran and fullback Brittany Perry saw shifty ballcarriers slip out of contact. Unfortunately for Humboldt, the back three took some injuries on Saturday.

“We wanted to play good defense and offense as a team, which we did,” Treu said. “We just want to get better each game. Reno is a really good team, but we came out harder and played one of our best games so far.”

Treu has been to the post-season before and is looking for two wins at UC Davis in two weeks.

“We just need to keep our nerves down and play with all we’ve got,” Treu said. “That’s hard to do, but you’ve got to play your game. Playing Reno, that’s a really good way for us to prepare. It’s the third time we’re playing them and they come back better every time.”

Cascade champion Western Oregon will join Humboldt and UN Reno at the DII spring regionals in Davis, Calif. The fourth team has not been announced, but if the tournament follows last year’s format, then one of the Gold Coast teams will be traveling north. The southern California conference plays out its championship (to an extent, as the final four is only playing one round) this weekend.

As mentioned in the DIII coverage, the West Coast championship was a premier event, featured at a top-notch facility at the Cal Maritime Academy in Vallejo, Calif., and supported by professional announcing, refereeing and proper medals and trophies.


Player of the Week: Alex Curley