Player of the Week: Alex Curley 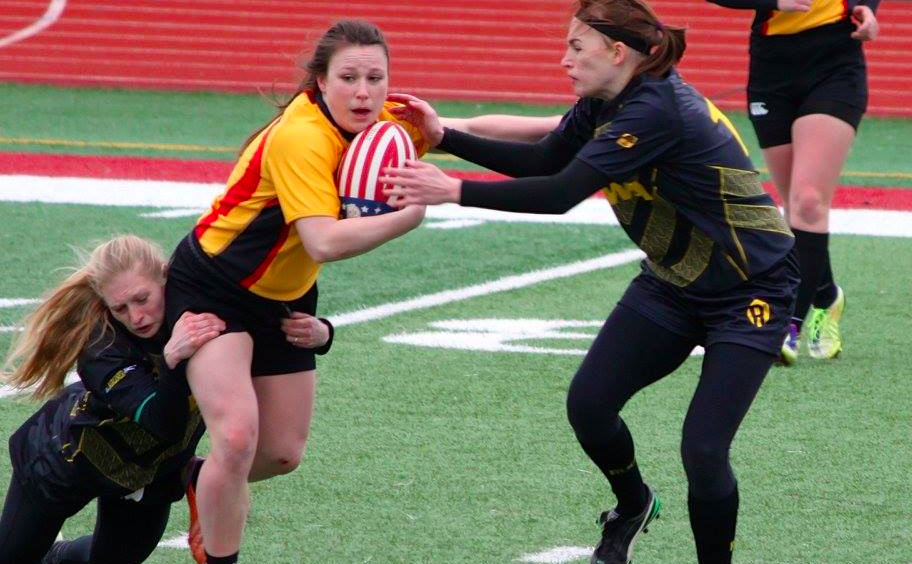 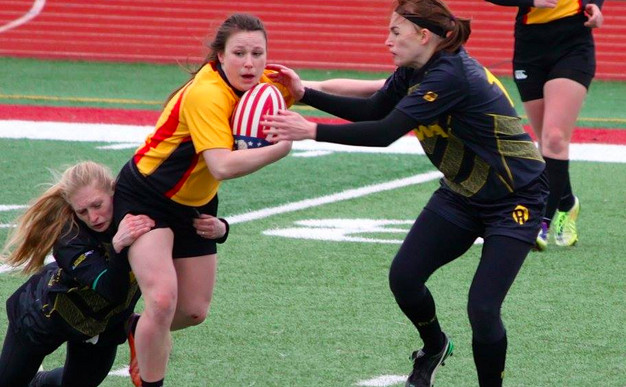 Simpson College rugby is a 7s-only program, for both its men and women. That focus pays off in the spring, as witnessed at last weekend’s All-Iowa tournament in Indianola, Iowa. Only in its second year of existence, Simpson hosted and beat three DI programs and produced this edition of the Player of the Week.

“The girls who went to last year’s nationals, they show up a lot more,” Simpson coach Kelsie McDowell spoke to the returners’ attitude on the pitch. “You can tell that it’s more important to them. Finishing fourth was huge for them, and they want to go back. They want to go to Charlotte, but they also want to bring back some hardware this year.”

The team wasted no time in building toward a 7s post-season, and the upperclassmen – especially president Diane Lichty – drove fundraising campaigns for a potential trip to the NSCRO tournament. The roster bulked up and included freshmen who came to Simpson to play rugby, like Southeast Polk alumna Shannon Werts. McDowell coaches the high school 7s team in the fall, and then triples her coverage on the Midwest 7s staff.

Practices received a boost from the men’s 7s team, which is run by new coach Jeff McHenry, a good friend of McDowell’s. Combined practices and the pace of the men have helped the team greatly. Simpson went 6-2 through its first two 7s tournaments, and counted a one-try loss to NSCRO champ Wayne State among its indicators that things were working better this year. Last Saturday, however, was the big test, as Simpson invited DI Northern Iowa, Iowa State and University of Iowa to its home pitch.

“There were definitely some nerves with the new kids. They recognized the big-name schools and had a lot of questions about who was the biggest threat,” McDowell said. “My juniors, seniors, they were more determined than anything. It was our tournament, and they wanted to bring it home.”

Simpson College opened up against Iowa State, who proved to be the toughest competition. The home side prevailed 15-5, and then followed with a 24-7 win over Iowa and 17-0 victory over UNI.

“We have an advantage over teams that embraced 15s first and then added in 7s,” McDowell explained. “In 7s, you can be anywhere at any time, whereas in 15s, there are more set positions between your backs and forwards. So we’re not carrying over any 15s habits.  We’re not pounding it up the middle with forwards; we go wing to wing, and move the ball to find the holes.

“The players see the 15s style a lot – teams running it up the middle,” the coach added. “One thing we worked on was contact drills. The last tournament, they were reaching for the ballcarrier instead of driving through the tackle, and they made a big improvement this weekend.”

Simpson was missing the regular influence of co-captain Amy Loverin, who incurred a shoulder injury with the Midwest 7s in Las Vegas. She played on a limited basis and is being reserved for the NSCRO qualifier. Loverin has been the on- and off-field leader this season and is one of three players who made the Iowa LAU 15s team. Wing Katelyn Behounek is also transitioning to 15s, absorbing all that rugby has to offer, and whose speed and footwork produced 30 points last weekend.

But the Player of the Week goes to co-captain Alex Curley, who was responsible for the integrity of the back field.

“She is a defensive force to be reckoned with,” McDowell said of the Iowa 15s all-star. “She’s not our biggest offensive threat, but she is a phenomenal sweeper. She’s only missed two tackles all season. She just doesn’t quit.”

All three players will be instrumental in the upcoming NSCRO 7s qualifier in Centerville, S.D. The big competition there will be reigning champion Wayne State. The tournament victor will receive an automatic berth to the NSCRO tournament, and the second-place team can submit an at-large bid. Should Simpson College finish outside of the top two, then it will attend a second qualifier, which happens to conflict with an Iowa LAU 15s fixture.