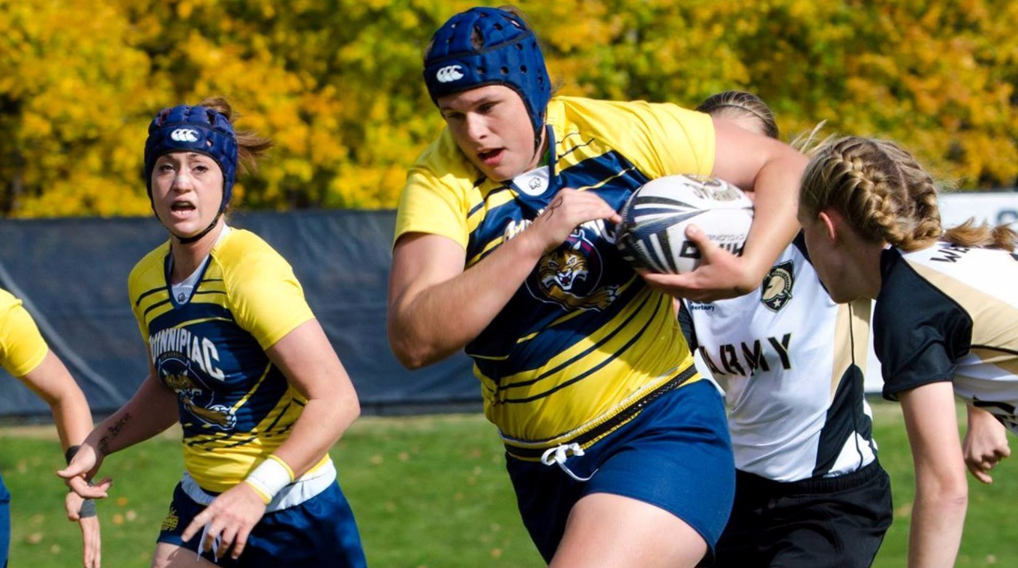 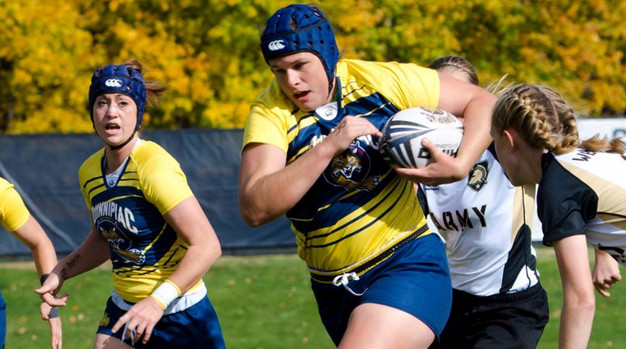 Quinnipiac began the spring the way it ended the fall: winning. The Bobcats kicked off its three-week 7s season with a trip to Harvard’s Crimson 7s, which brought eight varsity and club teams together. The Hamden, Conn, team outscored its five opponents 214-22, defeating host Harvard 48-0 for the tournament title.

Quinnipiac doesn’t have a ton of 7s experience, and it’s been a learning experience for players and staff alike. But the Bobcats aren’t short on skillful athletes; it’s just figuring out the right combination of grinders, playmakers and finishers that is an on-going process.

“You have your kids who naturally gravitate toward 7s, but there were some surprises,” Quinnipiac coach Becky Carlson said when choosing Saturday’s 7s team. “It’s an interesting situation, because we recruit for 15s and then have to make 7s players out of them. There are so many things we tell them to do in 7s that you don’t do in 15s. So we’ll have kids who maybe aren’t the fastest, but are well composed in the transfer from 15s to 7s. They have better vision. And then you have your ‘machine guns,’ who are relentlessly attacking, breaking the defensive line but maybe caught in isolation. You need your ‘steadies’ and your ‘guns’ on the field, and we’re working on that combination.”

Despite the 52-5 scoreline, Navy B expedited that education during the opening round.

“They came out of the gate, and we were taken aback because they were barreling down the field,” Carlson said. “They weren’t moving the ball – just picking and going – but it shows that their junior squad has something to work with. We learned the most from them.”

Maggie Myles scored three tries in the tournament opener to lead the team.

“Maggie’s a natural and she’s been to 7s camps,” Carlson praised. “She has good vision and is working on her decision-making. Defensively, Maggie is our sweeper in the back and we rely on her to stop breakaways.”

West Chester gave Quinnipiac the toughest competition in a 22-7 decision. Ilona Maher scored all three tries in the clutch performance.

“Ilona Maher is just phenomenal to watch,” the coach said. “She’s so powerful and so fast for her size. At the point of contact, it’s either a punishing tackle or ripping the ball out of someone’s hands and returning it for 50 meters.”

Freshman Emily Roskopf joined the hat trick club in the final, dotting down three tries against Harvard in the shutout. Mason Johnson, Flora Poole, Tayler Schussler and Jennifer Fremd were all influential components of the tournament win.

New Hampshire defeated Sacred Heart 33-5 for the Plate. West Chester and Navy A tied for third after losing their respective Cup semifinals.

This weekend, Quinnipiac hosts an all-varsity tournament that includes Army, AIC, Dartmouth, Harvard, Norwich A & B and West Chester. The referee panel will consist of high-quality female officials, including Jenny Lui, Fontaine Lloyd and Alycia Washington, among others. The Bobcats will end their 7s season at Brown University’s tournament on April 9, while the rest of the field plays through the final fixture on April 30 at Army West Point. The series victor will be named on standings points.

Player of the Week: Alex Curley