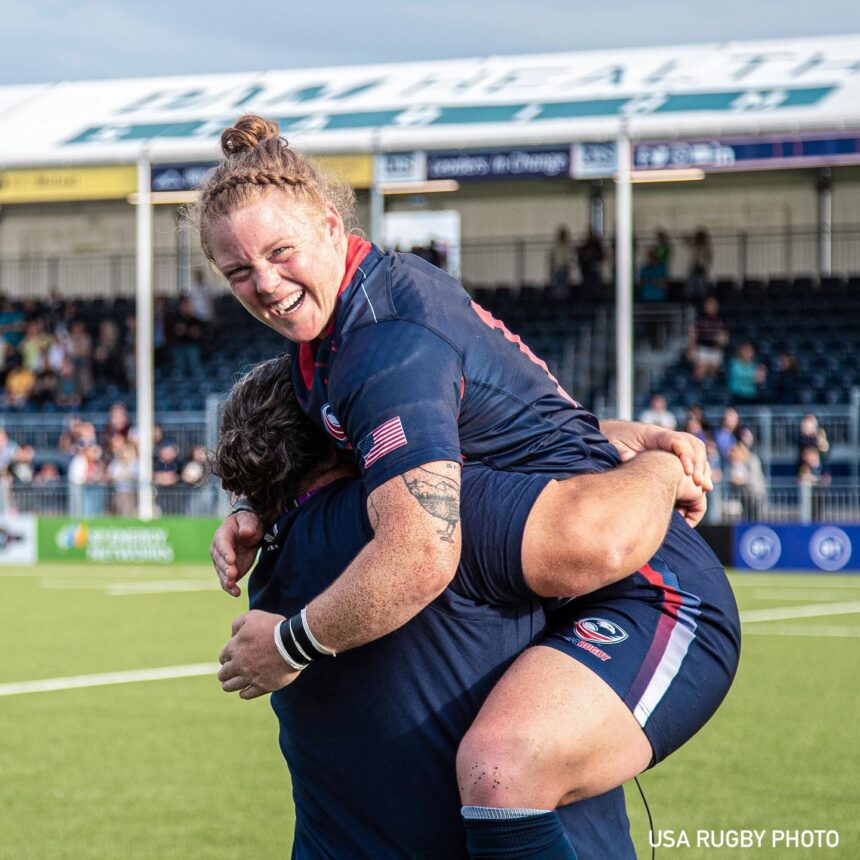 From the USA Rugby Women’s National Team winning in Scotland, to first bits of domestic 15s kicking up turf, last week was a sneak peak of the big international and domestic rugby coming this fall. The following is a brief recap of some league, team and individual highlights last week, so stay tuned for the coverage that will only ramp up from here.

The USA Women’s National Team beat Scotland 21-17 in Edinburgh, and it was such a joy to see the Eagles open up and connect. TRB wrote the match recap for USA Rugby. On Saturday, Sept. 3 at 10 a.m. ET, the Eagles play England in Exeter (home to the Allianz Premier 15s Chiefs, to which five U.S. tour members – Gabby Cantorna, Jennine Detiveaux, Rachel Johnson, Hope Rogers, Kate Zackary – belong during club season). The game will also be live-streamed for free on The Rugby Network.

The USA Women’s 7s Team should be in South Africa by now. The group departed Newark International Airport on Sunday for the 15-hour flight to Cape Town, site of the Rugby World Cup Sevens on Sept. 9-11. USA Rugby has not announced the travel squad yet, but social media confirms all of the usual suspects as well as WCAP Sam Sullivan, who was capped in 15s over the summer.

The LA 7s – which does not feature a women’s competition – took place last weekend in Carson, Calif., but the invitational that runs alongside the HSBC event featured five divisions for girls and women’s teams. See full scores via LAI 7s here.

There’s also a handful of individuals who have made international headlines, including: USA U20 EC Cantrell (Charlotte Tigress, Harlequins U23, USA U20), who was named captain of Cardiff Met’s first XV team as a sophomore (read about Cantrell’s push for USA recognition); Tess Feury (Railway Union, New York RC, WNT), who signed with the London Wasps for the 22-23 Allianz Premier 15s season; and Emerson Allen (Life Univ., Harlequins U23, USA U23), who is playing for Railway Union in the All-Ireland League this season (read Lisa Jackson’s review of Allen during the USA U23 tour to Canada). Stay tuned for a feature on Berkeley’s Tahlia Brody, who has been flanking for Tasman Mako in New Zealand.

The USA Club Rugby season began last weekend and the Midwest’s DI/DII hybrid and DII competitions kicked off the action. There was a range of results, but the Chicago Lions’ 19-7 win against Palmer College in the hybrid league drew attention. Last season, both teams advanced to their respective national semifinals and lost to the eventual champions. But both national title winners (DI NOVA and DII Providence) delivered high praise to the Midwest reps. On Saturday, the Dragons showed they can certainly hang in DI.

College rugby is still ramping up and this weekend will see NIRA kick off. Quinnipiac University held a pre-season camp in Halifax, Canada, and played St. Francis University. The Bobcats worked the full bench in an 18-15 decision to the hosts. National Collegiate Rugby released pre-season rankings for its three women’s college 15s championship seasons: Division I, its new Division II and Small College.