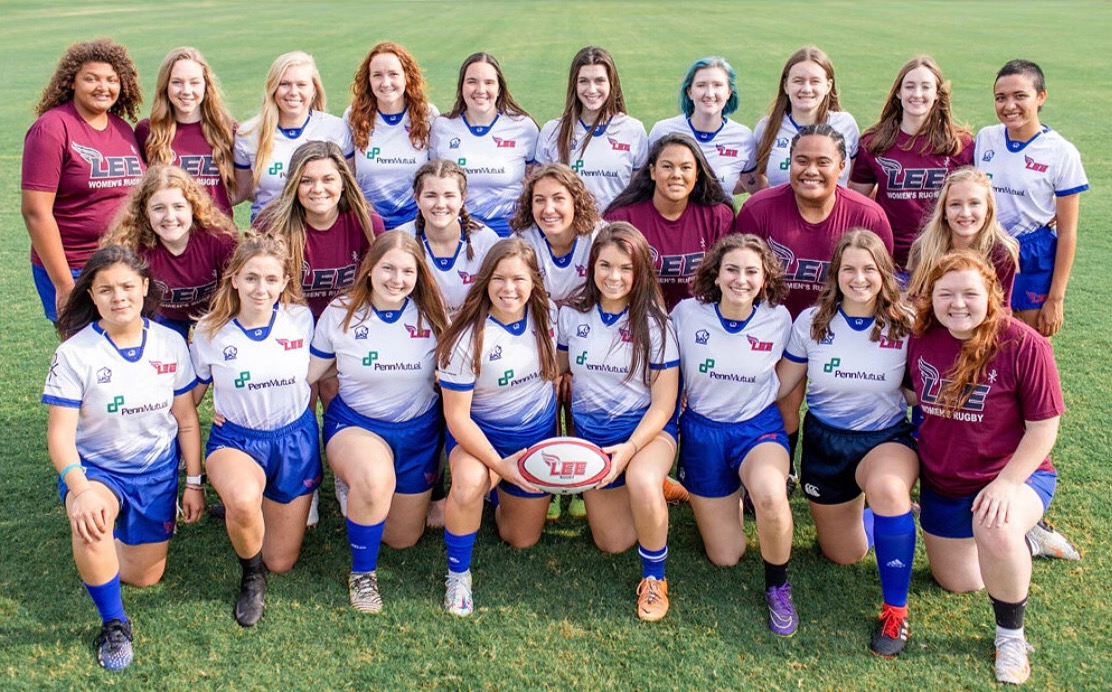 Lee University is representing the South Atlantic Rugby Conference at this weekend’s National Collegiate Rugby (NCR) regional playoffs. The Flames received a bye through the Round of 16, so a win on Sunday means a return trip to the national semifinals in Knoxville, Tenn. (Dec. 4-5). It’s been quite the journey to get there – from surviving the Covid-19 year, to marrying coach and player expectations – but the Tennessee team is now in good headspace to take on unknown challenges ahead.

Lee University put in the effort to stay active during the pandemic school year while also abiding by school regulations. The Flames started fall 2020 with no-touch practice sessions. Head coach Chris Martin purchased a bunch of balls and target practice ensued. As they demonstrated no spikes in viral transmission, the squad proposed and progressed through phases – like pool-noodle touch. There were lines painted on the field so players stayed six feet apart during warm-ups. Equipment was regularly wiped down and sanitized – all the minutia that allowed the team to be together and train.

“We held 47 practices during Covid,” Martin said. “That’s 94 hours and zero games against other teams. Surprisingly, we still averaged 14 players at practice. Some of them knew the game and had been to nationals, so maybe they were a little bored. But they recruited players just in case we were able to play [last year], and made sure we could survive that.”

To keep spirits afloat, Martin continually reminded players that they were building a competitive advantage during the pandemic year.

“There were tons of schools doing nothing. The entire Southeast conference didn’t even practice,” Martin said. “So from the get-go, I was telling them that whoever returns [in fall 2021], you’ll have a whole year of rugby under your belt. The fitness won’t last throughout the summer but the skills will go forward. I used that as motivation, and the returners might have used that [the competitive advantage] and other opportunities like all-stars to recruit players.”

After graduation and some attrition, Lee started the 2021-22 school year with nine returners. Only five of those had actually played a rugby game and two had played at nationals before. They recruited 17 rookies, which included upperclassmen, an unusual stat for the squad.

“My goals for the season were to rebuild. I didn’t know if we’d win or lose or be indifferent,” said Martin, who presented his fall plan to the team after two weeks’ training. “The first month would be spent on the laws and making sure everyone understood those. The second month would be understanding how the elements of the game work to our advantage. And then the third month would be breaking down how to win games.

“Six or seven of new girls looked at me, ‘Aren’t we nationally ranked,’ the coach continued. “They had a, ‘We’re not here to learn; we’re here to win,’ attitude, which is interesting because they didn’t know what a ruck was yet. But I could take that mindset and work with it.”

Martin noted another trend that was unique to this year’s team: Many newcomers didn’t come from a sports background. It was more difficult to explain rugby concepts because he couldn’t speak the language of their previous sports and draw metaphors.

“It’s gone pretty well but it’s been much slower progress than normal,” Martin said. “Usually we have 18 returners and recruit 6-8 players, and the older players can work with the younger players and the progress is fast. It’s slow this year. On our videos – I’m loud and I don’t mean to be – but there’s a lot more feedback from me than there normally is. The things I’m yelling feel more elementary. ‘You have to go from the back of the ruck! That’s offsides!’ I’m used to yelling tactical information, but now it’s rules and laws.

“But it’s been super cool to see those 7-9 girls step up and lead the others in a bigger capacity than they’re used to,” the coach added. “Usually everyone gets one rookie and now it’s 2-3 rookies they’re looking after. From a leadership perspective, it’s awesome for them.” 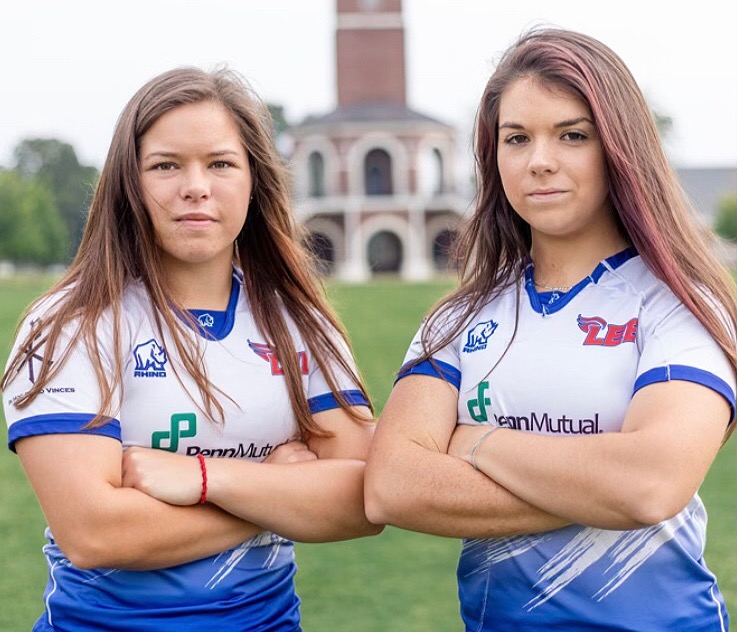 Seniors Anna Gilliam and Kayla Sharpe are the only four-year players and both have played at nationals. Gilliam is a co-captain and team president, and has returned after an ACL injury.

“That has been an inspiration for the other girls,” Martin said. “Some girls have dealt with smaller injuries – ankles and things – and they remember when Anna was injured and came to all the practices and helped with drills. They see that as a big thing, that she would do that for them, and vice versa.”

Gilliam is also a very good player and puts her 5’2” frame to work at flanker. She has excellent fitness and contributes all over the pitch, and has a high rate of assists during the game. She breaks the line and then hits the support.

Sharpe is a lock and easily the most experienced player in the tight five.

“She was never super vocal but learned to take initiative this year,” Martin said. “If there’s any chaos, she’ll speak up and put people in pods and get everyone moving in the right direction. Sometimes she seems like a reluctant leader. Doesn’t want to be vocally in charge – and you can hear it in her voice – but she accepts it and does it. She realized that there was a vacuum and had to step up.”

Co-captain and flyhalf Siena Macy has also stepped up, and the junior is driving the back line attack and handling kicking duties with aplomb.

“Personally I’m very proud of her. She’s a girl I picked out of a crowd at a club recruitment event,” Martin said of the former soccer player. “She was a wing freshman year, then a center last year. She was around for the Covid year and played on the SARC #1 team that went to the Falcon 7s at ARPTC. She got hurt early on [in the tournament] but said the amount of information she got from playing with the other girls was incredible. She came back with a different level of confidence. ‘This year I want to play 10 and get my hands on the ball and direct things.’ In the past, if someone set her up then she could make something happen. Now It’s up to her.”

This fall, Lee was able to play four collegiate teams, an alumnae side, and welcomed Life University for a contact and set piece clinic. The Flames faced Georgia Tech first, and a flurry of panic sounded from the first-years.

“We’re playing a DI school,” Martin recounted the rookies’ alarm. “Then we played Alabama. ‘You mean THE Alabama!?” So there was all of that – explaining how rugby is a club sport – and dealing with that mental piece. … Against Alabama, we played 20 minutes straight with just 15 rookies on the field. We scored a try and let in three, but it showed them that even the rookies can make things happen.”

The games were sloppy, and that aligned with the coach’s expectations. Players might have known what to do, but they were learning how to connect it all and play together.

“For the two weeks before the Citade
l game, I had to talk the girls through the mental piece of playing a military school,” Martin said. “‘Yes, they’ll be fit. That’s just part of their lives, but don’t be scared about that.’ It’s interesting how we had different mental challenges at different points in the season.”

Lee beat The Citadel 46-7. Seven different players scored tries, including Macy, who also kicked 11 points off the tee. It was a convincing win, but on the bus ride home, Martin noted the players’ dissatisfaction with an incomplete performance. 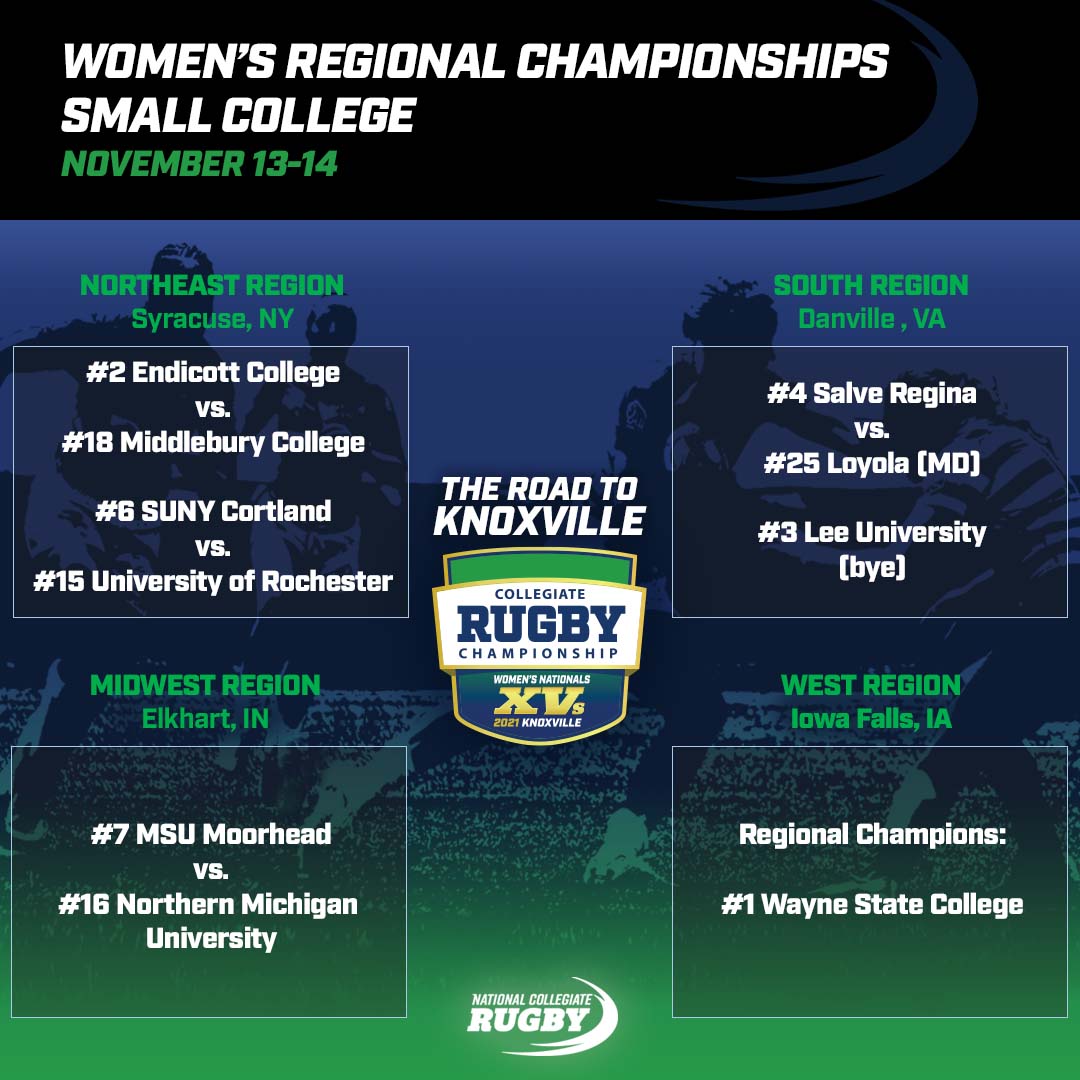 “I had one-on-one conversations with everyone, and I asked them for their goals on this team,” Martin said. “Is it to have fun and make friends, or be great at rugby – why are you here? I asked them where their confidence lies and what they’re anxious about.

“Personally, I’m nervous that I’ll push them too hard and they’ll quit,” he continued. “I love coaching lots of people – that’s what I enjoy. Winning teams are fun but having a lot of players is really fun. So I don’t want them to leave. About one-third of the players thought I was coddling them and needed me to push them harder. That conversation helped a lot – to hear it as a consistent thing across the team, that they could do more and could be pushed more. I don’t know the rookies like the upperclassmen, as people. So with more experience together, we’ve aligned more.”

Lee was optimistic about an improved performance against VMI, but two-straight days of rain produced another sloppy game – not mentally, just physically, as the team couldn’t hold onto the ball long enough to do what they wanted.

“VMI was just huge and so physical,” Martin said. “My girls, we don’t win by physical domination. VMI played a very tight, simple game, and we didn’t get out-maneuvered, just struggled to stop them physically. That might weigh on their brains – that it’s hard to stop teams that big.”

Nevertheless, Lee won 26-17 and that afforded a berth to regionals, and another round of new nerves.

“After the second or third game, they might have recognized that we don’t have the depth that we used to have,” Martin said. “They used to talk about final four and now it’s more Round of 16. I’m not sure if it’s a lowering of expectations or just focusing on the event coming up. I haven’t asked.”

A late drop now means Lee University is getting a bye through the Round of 16 game in Danville, Va., this Saturday. The Flames will play the winner of Loyola (Md.) and Salve Regina on Sunday, and that victor will advance to the national semifinals in Tennessee.

“It’ll be interesting to see if the girls who have never played sports before can keep that mental edge,” Martin said. “We’re going to have to have that – and I’ve said this to the captains – that mental fortitude to bear down and go through a game of that magnitude. Every stage brings more mental barriers, so while they’re working on their confidence, the levels are getting harder. So there’s no blending.

“But it’s been cool to see them get together on the side of each game. ‘We can do this,’” the coach continued. “They understand that regionals is doable. It’s not an unsurmountable challenge but something we can do. The benefit of the Top 25 Rankings is that they can mentally see who is there and get their head around whether something is a huge or moderate challenge.”