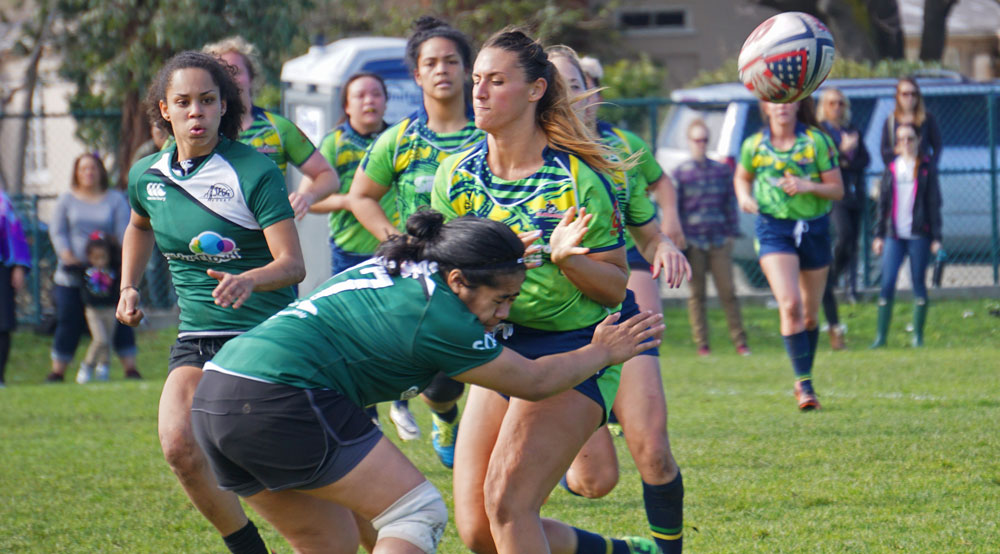 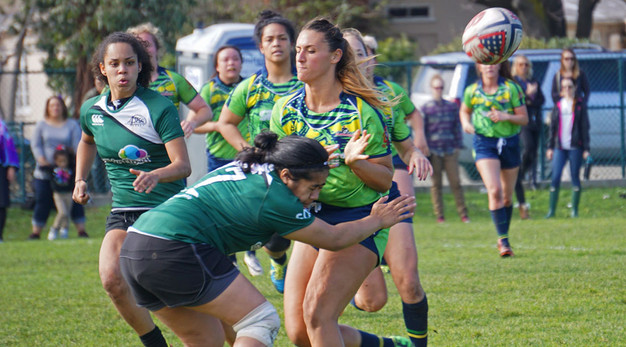 Life West played a fast, wide game that eventually overcame San Francisco Golden Gate on Treasure Island today. The Gladiatrix battled penalties and a tireless Gate defense, but connected very well once the space opened up and scored 10 tries in the 62-6 win. Life West (3-0) is now the only undefeated team in NorCal.

Prop Tiara Littleton capitalized on a missed tackle from the opening kickoff to score from 40 meters out, and then inserted into the backline for a short-range try. Two Megan Foster conversions gave the visitors an early 14-0 lead.

Gate asserted itself and answered with positive territory and possession, and flyhalf Lindsay Kinsler kicked the first of her two penalty kicks, 14-3.

“The other teams challenged us in different ways, but this was the first team that challenged us with points,” Life West co-captain Catie Benson said. “In the end, it made us stronger as a team. We wanted to make sure that we had a hard defense, hard line speed. 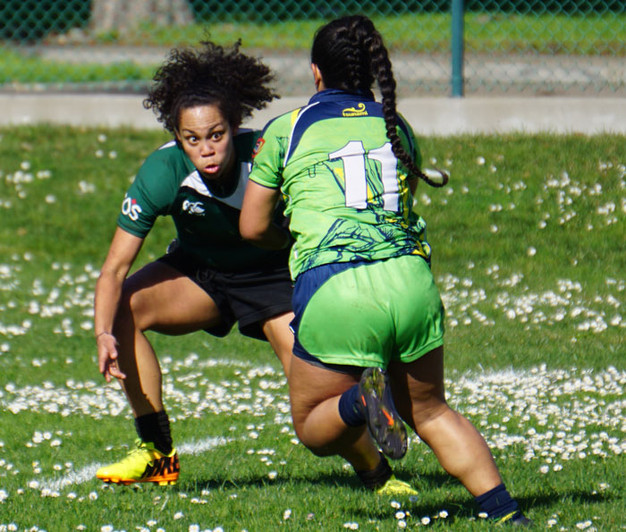 “Our scrums were very good, and we stole a lot of their offensive scrums,” Benson said of pleasant surprises. “And our backs were amazing. [Fullback] Cameo Motley and [wing] Hali Deters were making every tackle, and if there was a linebreak, then there were five girls on her.”

Motley scored Life West’s third try out wide, and then circled beneath the posts untouched so Foster had the easy conversion. Kinsler’s second penalty made it 21-6 at half, but the leaders took a hit when wing Fina Toetu’u was yellow-carded for repeated infringements at the breakdown.

But being a player down didn’t slow the Hayward-based team. Outside center Jenn Sever, who set up her back three all day, sent a no-look pass to Motley for the fullback’s second try. A long break from Motley that ended in a knock-on in-goal – partially due to great trailing defense – afforded an SFGG five-meter scrum, which the Gladiatrix stole. No. 8 Megan Pinson picked from the base and dove-over for the try (33-6).

And then a string of lively offloads through contract amassed on the sidelines, with players from every position getting a hand on the ball. Scrumhalf Nikki Kenyon finished up the middle, Pinson got her second, and flanker Nancy Ueligitone dotted down back-to-back scores. Foster finished the day with a converted try for the 62-6 win.

It was a comprehensive victory, but Life West is still early in solidifying its game.

“We want to poach the ball more,” Benson spoke to improvements. “We just want to be a strong team offensively and defensively. Our offense is almost there. We’re trying to play a lof of offloads and make strong runs.”

Life West will play Sacramento, which lost to Berkeley today, on Feb. 13 to finish the first round of league. SFGG heads to the Amazons next weekend for its third game of the season.