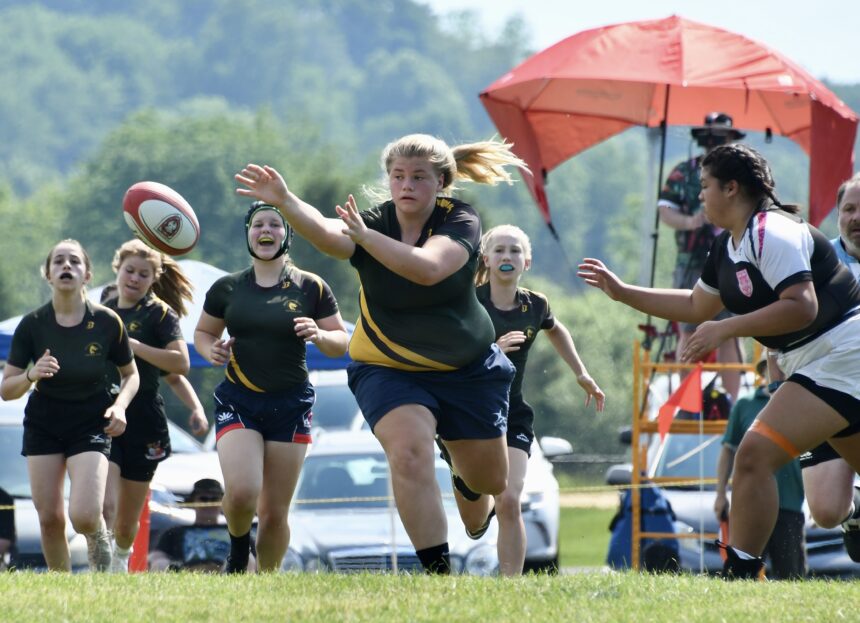 Creating and executing any sporting event is a feat. Doing it as a group of coaching-dads with a big idea and passion to make it happen is an incredible accomplishment. That is what the Morris Rugby (NJ) U18 Girls High School coaches, led by Head Coach Bill Dobbs, achieved when they launched the Mid-Atlantic Women’s Rugby Showcase (MAWRS) in May 2021 in collaboration with non-profit BaseCamp31. The vision was clear: to build a platform for high school girls to play highly competitive 15s rugby for two days and have college coaches attend and observe with the hopes of finding their new class of incoming athletes. This event had never been done for girls rugby before, so it was unknown what to expect come the day of the showcase.

Over one hot June weekend in 2021, coaches from over 30 colleges (attending live or virtually) were able to enjoy quality rugby from four girls teams in the region. The coaches had access to player profiles with corresponding stats, and had the opportunity to talk to parents and athletes. A final day of rugby saw combined squads playing each other with guest coaches, ultimately leading to an exciting finale to the event. Players were anxious, yet energized, about the prospect of studying and playing rugby at the school of their dreams, whereas coaches had plenty of choice of talented rugby players to build their dream squad. By the end of the weekend, it was clear that the showcase was something special. It needed to come back. 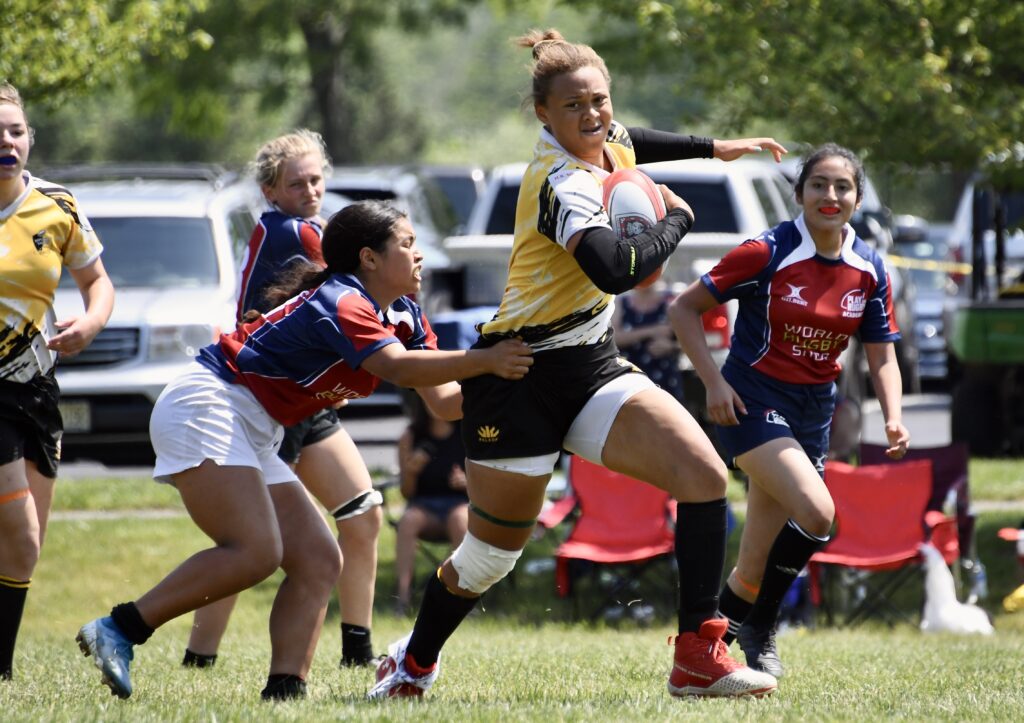 On June 11-12, 2022, the rugby showcase returns to Clinton, N.J., with spots for eight U18 teams from the region and coaches and recruiters from over 30 of the top colleges, more than half of which have already confirmed live attendance. With this growth, the showcase has expanded to include additional fields which will allow for concurrent matches. The event will be the venue for the Championship Final for the newly launched Elite Girls Rugby League, featuring 5 of the 8 participating showcase teams, who recently picked up MLR team Rugby New York as a title sponsor. As if that isn’t enough rugby, the showcase will feature the U23 Women’s All Star East Division Championships.

50 Years of Women’s Rugby in the US
“Rugby is a sport for everyone. Once you are part of the community, whether as a player or a spectator, you will remain a member of its family.” – Coach Kathy Flores

To commemorate the 50th anniversary of the first women’s rugby match played in the U.S., the US Women’s Rugby Foundation will host a ‘pop-up museum’ exhibiting photographs and memorabilia from the past 50 years of women’s rugby. The exhibit will be on display Saturday evening at the BaseCamp31 facility during the social event of the tournament. Please join us for a fascinating look at the rich history of women’s rugby in the U.S.

Honoring a Pioneer
“I just knew if it could be done, it had to be done, and I did it.”- Gertrude Ederle

In October 2021, the rugby community suffered the loss of Kathy Flores, a trailblazer in women’s rugby. Kathy Flores passed away just as her Brown University Women were reaching NIRA D1 playoffs. A two-time World Cup coach and the ‘winningest coach’ in women’s rugby, Kathy was one of the head coaches in attendance at the first rugby showcase. Her presence was encouraging to athletes, coaches, and colleagues. MAWRS 2022 will feature a tribute to her as a coach, player, and mentor.

The Mid-Atlantic Women’s Rugby Showcase 2022 on June 11-12 promises to be the site for all things women’s rugby this summer. It will be a place for the first, past, present, and future generations of women ruggers to come together to play hard, celebrate victories, remember history, and share legacy. Invitations for the remaining few competition slots will go out in early April and information for coaches will follow shortly after. Teams that would like to be considered can complete the team inquiry form. Coaches interested in scouting can complete the coaching RSVP form. Mark your calendar!