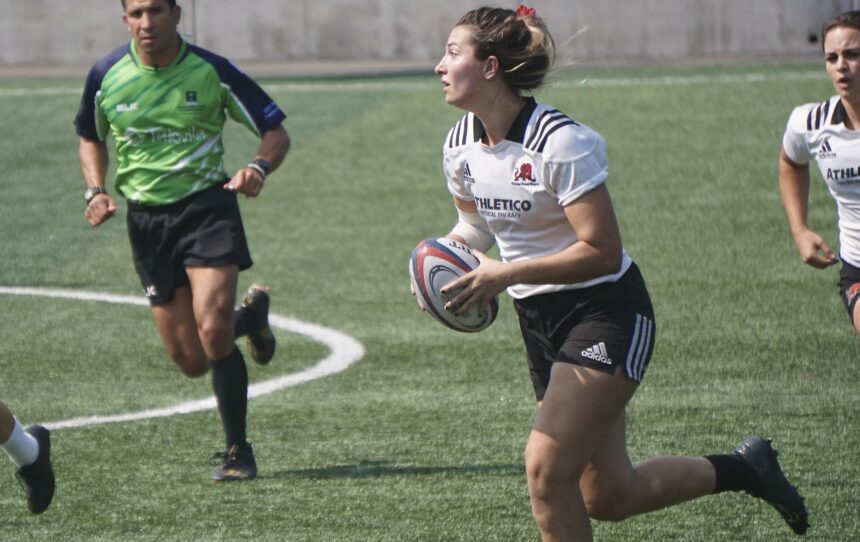 The Midwest senior clubs began the 2022-23 season on Aug. 27, and the region is hosting three divisions for women’s rugby teams this year. The DI/DII hybrid has returned and expanded to the West. There is also the stand-alone DII, as well as a Division III with “all play days” scheduled. [For a deeper dive, read the Midwest’s detailed explanation.]

To recap, the Midwest added a DI/DII hybrid pool to the Eastern Conference last year, as DI Detroit was pretty isolated from the rest of the DI teams in the Western Conference. That five-team competition was a big success (DII Pittsburgh Forge won the hybrid and advanced to the Midwest DI playoffs, where it performed very well) and thus replicated in the west this year. There have been three games in the east so far. Detroit beat Buffalo 61-14 on Aug. 27, and two single-digit decisions evolved last weekend: Columbus beat Buffalo 14-12, and Pittsburgh beat Cincinnati 29-25.

The Western Conference’s DI/DII hybrid includes the four DI teams, reigning Midwest DII champion Palmer College and the consistently strong Milwaukee Scylla. And the DII teams have already proven that they belong in this tier of competition. The Dragons opened with a 19-7 loss to reigning Midwest DI champion Chicago Lions, and the Scylla beat Wisconsin 25-24 last weekend. Everyone’s played two games thus far, and the Metropolis Valkyries and Lions are both 2-0.

Thirteen teams were divided into Eastern, Central and Western leagues, but Lexington has since withdrawn, leaving the Central competition with just three teams.

Akron currently leads the Eastern pool, defeating Cleveland Iron Maidens 46-14 and North Buffalo 27-5. The Ninjas are South Buffalo are 1-1, but when they faced each other in Week 1, the former won 43-10. 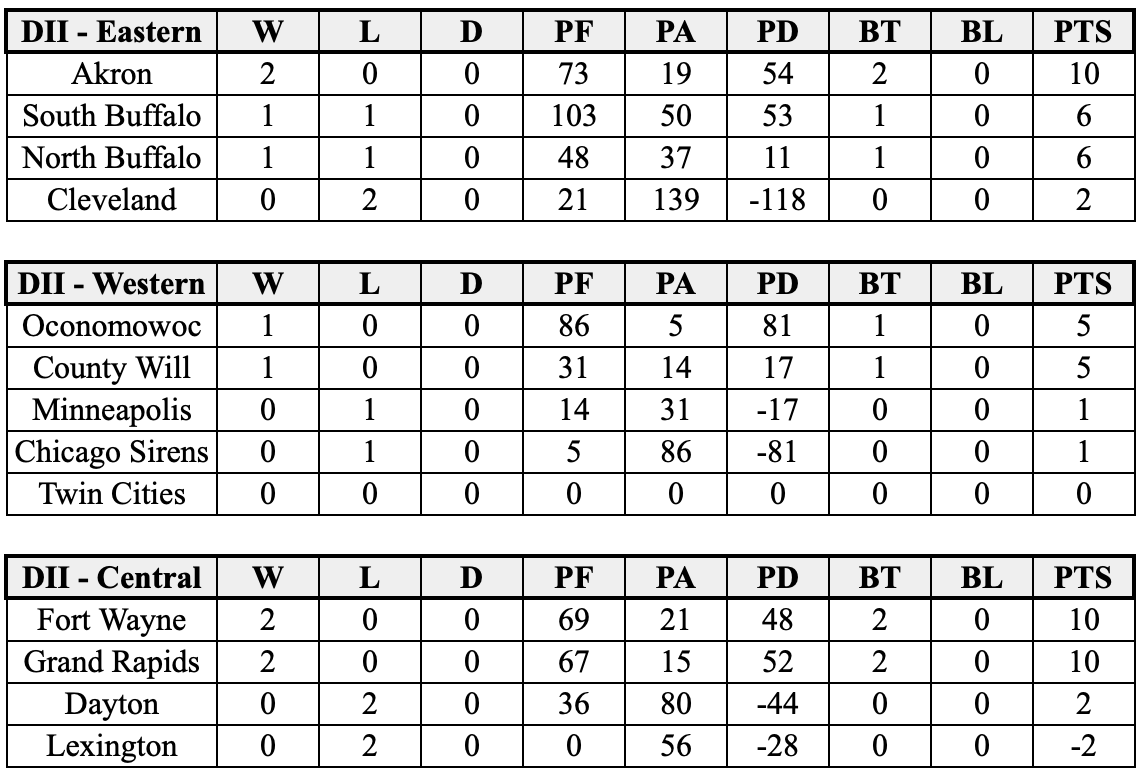 The DII playoffs are … nuanced. They begin on Oct. 22 with a quarterfinal play-in round, which involves eight teams across the hybrid and DII leagues. Those winners advance to the Oct. 29 quarterfinals, where they’ll face higher-seeded hybrid teams that received direct berths to the Round of 8. A visual representation is best: Scroll to “Women’s Division 2 Competition.”

There’s no Division III championship, but there is the potential for an East vs. West match at the Nov. 11 championships in Lemont, Ill.