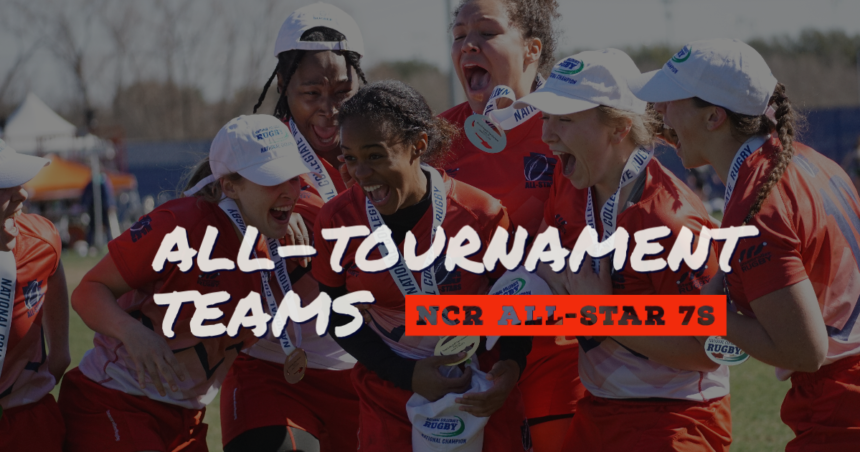 On Jan. 21-22, National Collegiate Rugby (NCR) returned to Texas for its annual All-Star 7s Cup, an event that featured 18 select sides in two different divisions. Hundreds of players filled the Round Rock Multipurpose Complex during two days of competition, and they represented schools from 22 states nationwide. Premier Rugby 7s (PR 7s) Experts coaches Ros Chou and Irene Gardner took it all in and named two all-tournament teams in addition to MVPs.

There were eight all-star teams in the Small College Division, and Eastern Pennsylvania Rugby Union (EPRU) repeated as champion after an overtime win against Colonial Coast in the final. Championship MVP Saira Alexander is one of four EPRU players on the all-tournament team, and it was the sweeper’s prowess of defense that helped secure the win.

The competition for DI/DII teams and conferences was dubbed the “All Star Division,” and it featured 10 teams. No team went through the tournament undefeated; in fact, the West went 2-1-1 before going undefeated on Sunday. The West vs. Big 10 final was another good, single-digit decision, and it was the combination team from San Diego and South Dakota that took home the trophy. Read more. West captain Bella Devore was named championship MVP and was truly overwhelmed with the team’s accomplishments (video).