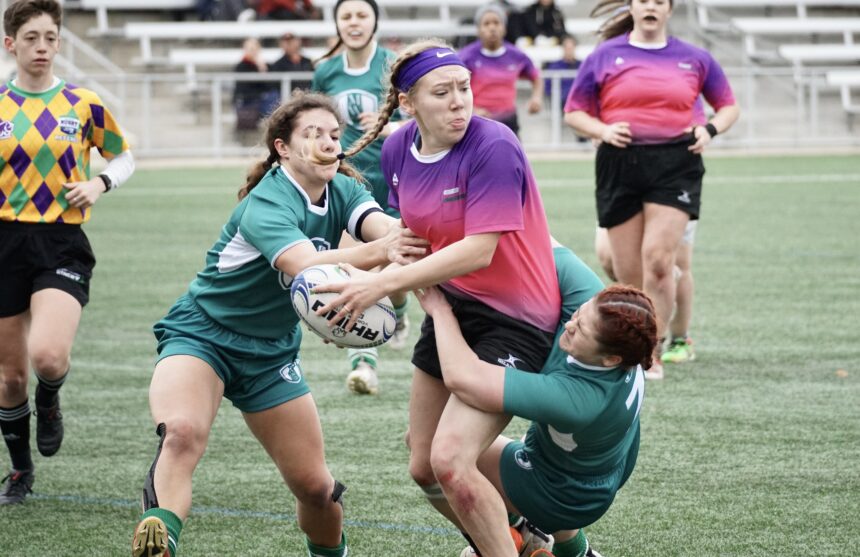 All-Star events are great and they don’t really exist anymore because they require a lot of work from the host organization and the select side programs themselves. But these types of structured events serve so many growth aspects for the game. They connect people from all over the country, expose players to the diversity of the sport, and breed curiosity in the opportunities that rugby can provide. 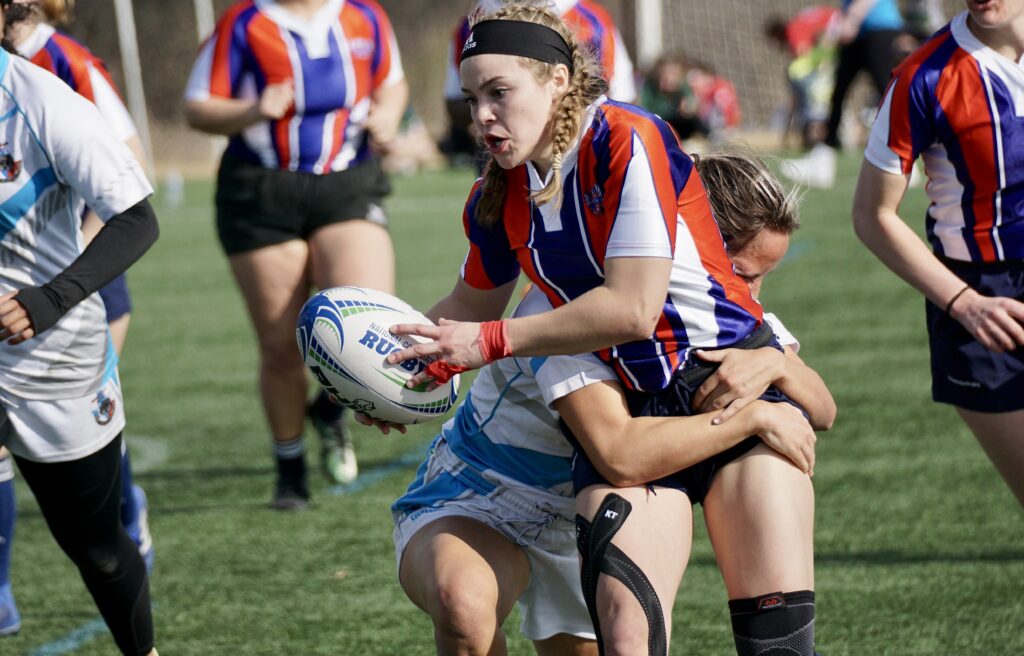 The National Collegiate Rugby (NCR) All-Star 7s Cup brought 18 select sides (and sponsored The Rugby Breakdown’s trip) to Round Rock, Texas. Players represented schools from 22 states – from California, to Arkansas, to Maine – and they were all looking for a higher level of play. Is there another women’s collegiate event with that kind of range?

The opportunity wasn’t lost on Premier Rugby (PR) 7s coaches Ros Chou and Irene Gardner. They lead the Experts, one of eight franchises in the professional rugby league, and they held a full day of coaching clinics for teams on the Friday before kickoff. They then spent much of the weekend on the second floor of the clubhouse, which overlooked both pitches and made for an excellent scouting perch. (Gardner flew back to California Saturday night, as the Experts held their open tryout in San Jose on Sunday). They had access to all the players’ information and took breaks to introduce themselves to prospects.

Gardner and Chou were in Round Rock to represent PR 7s and the Experts, but they’re also involved with regional U23 teams and senior clubs. Gardner is a former USA 7s Eagle. Chou is a Division I head coach in NIRA. They are hubs of information with perspective on the nationwide game, and they were happy to, yes, talk about PR 7s, but also the many opportunities that would keep in them game. “Imagine if we could get half of these players to continue playing after college,” Chou mused at one point.

By weekend’s end, there was no more, “Oh! Who is that!?” Everyone was known and they were being cheered on by name. Selecting All-Tournament Teams was easy in that Chou and Gardner were very familiar with the field, but difficult because only 12 players could be named to each team. 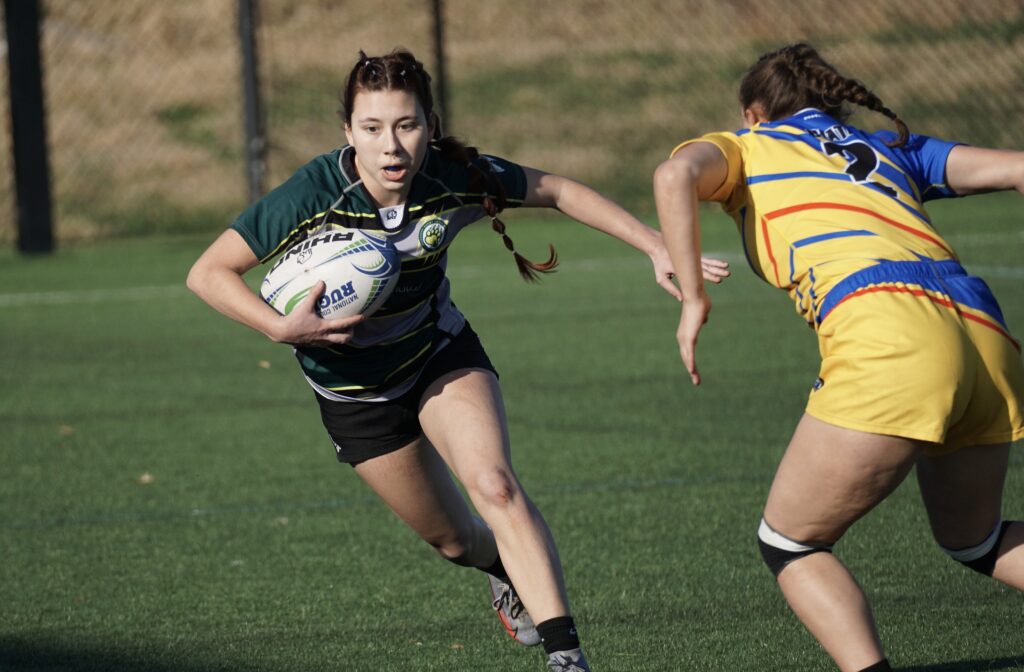 Viewers from home could also build that familiarity. All of the rosters, with players’ jersey numbers and bios, were published on NCR’s website in one convenient location. When does that happen in our sport (outside of the pro realm)!? The games that featured on the stadium pitch were live-streamed on NCR’s YouTube Channel, and Darian Lovelace and John Broker provided superb commentary.

The players obviously are the biggest benefactors, as they should be, but the refs, coaches, managers, they’re getting opportunities, too. And you have to acknowledge the adults who got the players to Texas. They saw value in the event and organized a trip that can be tough to do – after the holiday break when funds are tight and skills a little rusty. But they shook loose talent that is buried deep in their conference, people whose home clubs maybe don’t compete in playoffs or even have enough numbers for regulation games, and get them that next-level exposure. 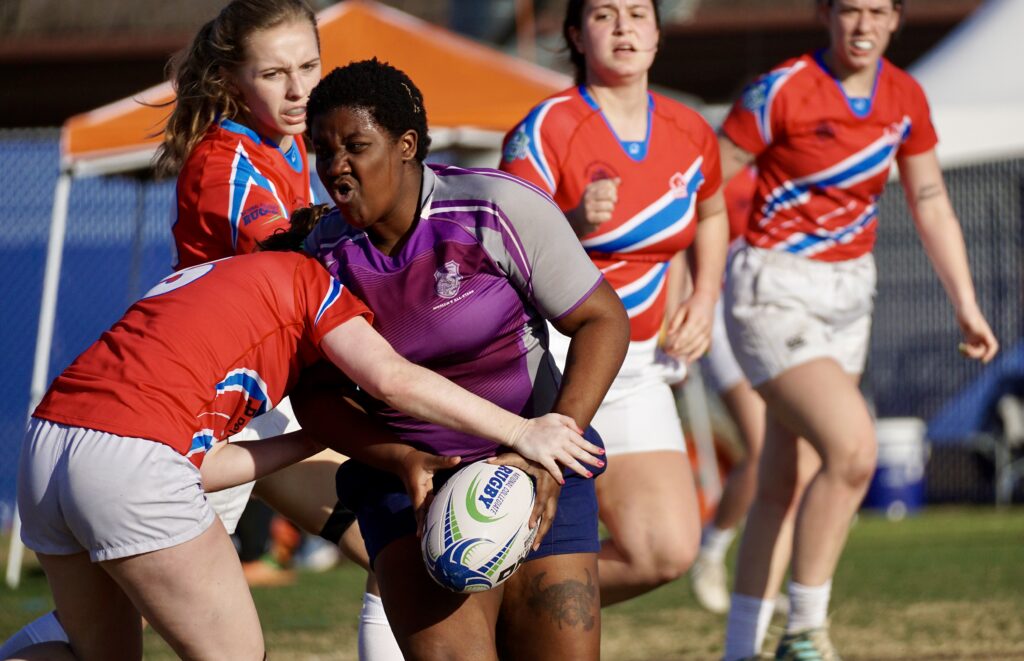 From a TRB point of view, all-stars was a non-stop source of amazing stories – no surprise given the diversity of people who reported to the event. Did you know that the EPRU pays for all of the players’ expenses, save a $100 deposit that gets funneled back into the food budget? THAT is commitment. And the championship MVP, Saira Alexander, didn’t think she had made the team and left all her rugby gear at school before heading home for winter break. When she got the call, she had to buy new cleats, mouth guard, etc. – but the post-final glow confirmed that it was money well spent.

That photo series of Alexander winning MVP is one of my all-time favorites. The teammates who are mirroring her elation, she’s known some of them for a few days. Look at how genuinely happy they are for her. The heart swells, and hopes. One hopes that the experiences in Texas were so rich that everyone – the coaches, players, refs, staff – is compelled to find and create more opportunities like them, in college and beyond. You want these players to wonder, “What’s next? What’s out there?” Kudos to NCR for providing these departure points. 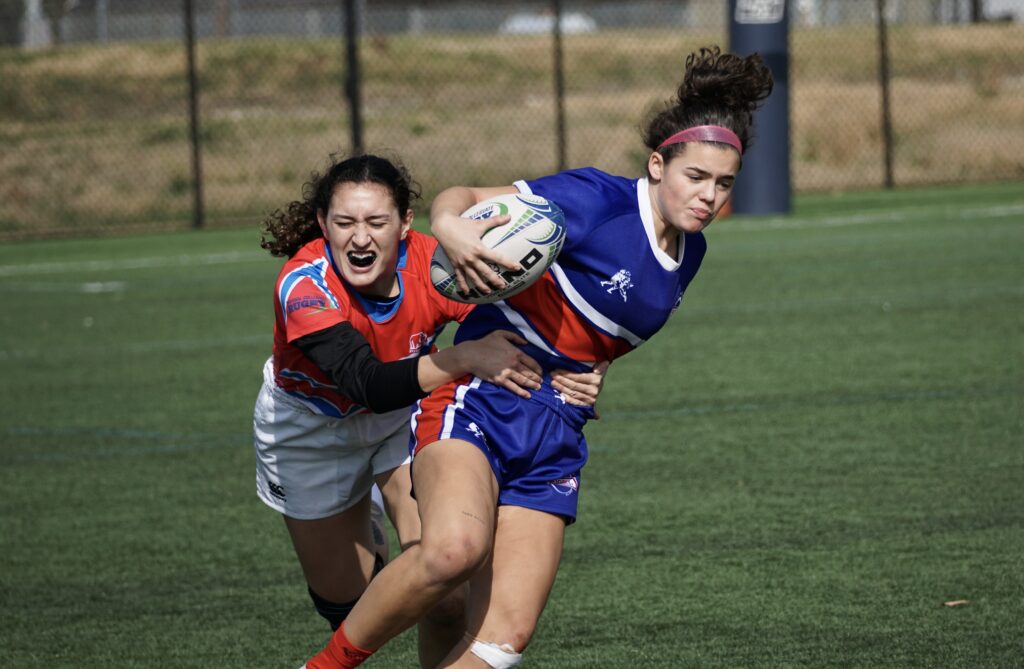 NCR is a very good host, and if you’ve been to a lot of big events, you can always tell when there is a real appreciation for the women’s game within the organization’s ranks. Sometimes the hints are subtle or not apparent to the viewing public. For example, there was a mid-day break on Saturday so that every team got time with the tournament photographer (Olly at @rugbysnapshots) for professional, high-resolution, well lit keepsakes. And then at the end of the day, NCR hosted a tournament BBQ in the clubhouse. They’re nice touches, and they matter, because people will come back.

How can the event grow? That comes down to the larger rugby community. Find out when and where these national events are (NCR is very good about circulating these details early) and send your representatives there. Senior clubs, the Women’s Premier League, PR 7s scouts – wear your kit and talk to players. It’s a captive audience.