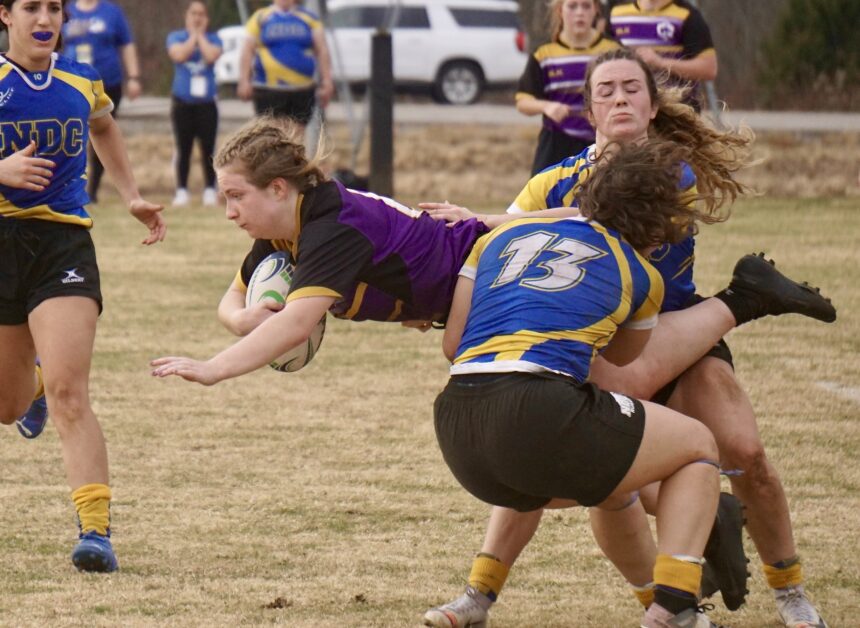 “Our teams always feel welcome in Houston, and the SaberCats staff consistently deliver a professional-caliber experience for our players,” NCR CEO Jeremey Treece noted. “We look forward to having both the men and women compete for national championships in Houston this year.”

The women’s national championships occur Saturday-Sunday, Dec. 3-4, and the men follow on Friday-Sunday, Dec. 9-11. For the first time, NCR will be awarding three titles for the women – Division I, Division II, Small College – accounting for 10 teams in Texas. Division I will be a final only, as its playoffs (barring play-ins) begin at the quarterfinal stage. As NCR Women’s DI and DII commissioner explained, the DI teams preferred a Friday / Sunday format for its quarterfinals and semifinals (Nov. 18-20), and then a single game for the final trip to Houston.

Conversely, the DII and Small College teams begin with the Rounds of 16/8 (Nov. 12-13) and the four semifinalists will report to Houston for back-to-back games on Dec. 3-4.

Combined with the men’s championship, Houston will host 28 teams and more than 700 athletes and coaches. AVEVA is no stranger to NCR events specifically. The men’s nationals was held at the SabreCats home last year, and in January 2022 both the men’s and women’s all-star 7s championships were held in AVEVA.

“We are excited to bring one of the premier college rugby events back to Houston,” SabreCats president J.T. Onset added. “It is great to have both the men’s and women’s championships—showcasing the future stars of American rugby.”

The full playoff schedules will be released in the coming weeks.