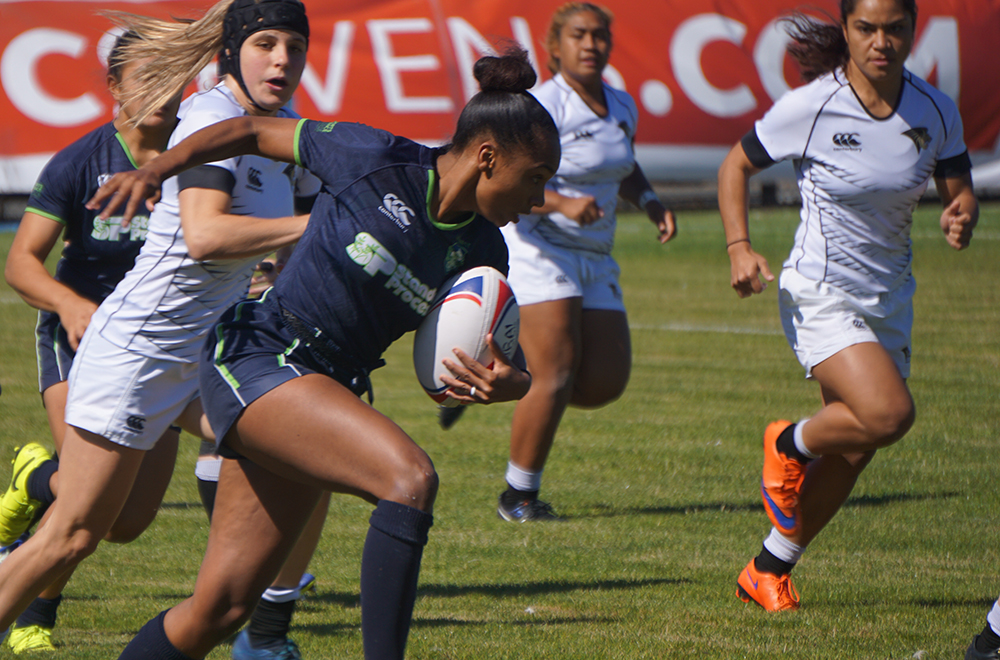 Lindenwood traveled to Life West in San Francisco for a fall friendly, but both squads fielded top-notch teams. The Lions won 38-24: read more. Photos below by Jackie Finlan

The game was a special treat – two national champions facing off – and representative of teams that aren’t being best served in their current 15s competitions. Circumstances have a good shot of changing for the Gladiatrix, which are trying to play into the Women’s Premier League with a fall 2019 start date. But if Lindenwood defends its DI Elite national title this year, it’ll happen after a two-game weekend now that the four teams have been removed from the DI spring competition.

Lindenwood could certainly make a play for the WPL, if that was of interest to the Lions.