Player of the Week: Ria Joseph 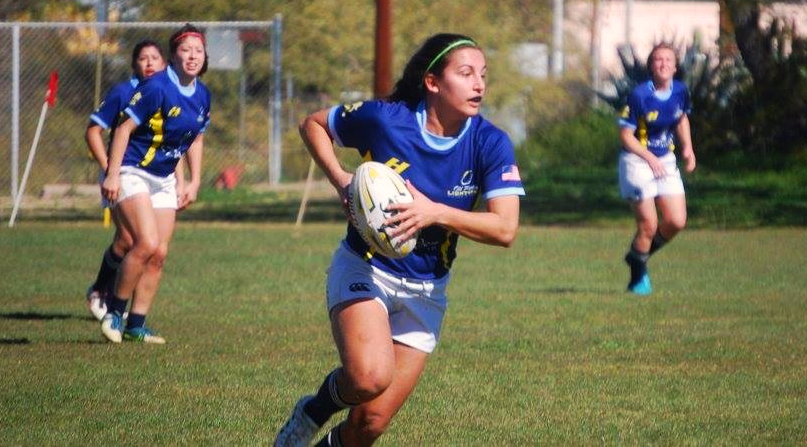 The game of the weekend occurred in Tucson, Arizona, where the O.P. Lightning hosted reigning Pacific South champion Ventura. The differently styled teams slugged out 80 minutes, and only one try – from Lightning center Jessica Szakacs – graced the scoreboard. The game of the weekend and all of its intensity also produced the Player of the Week: Lightning scrumhalf Ria Joseph.

Reared in Tucson, Joseph served as the University of Arizona scrumhalf from 2012-15. In 2014, she was named Arizona Club Sports Player of the Year and Second Team Collegiate All American. Last year, she joined the Wildcats in Chester, Pa., for the team’s debut at the USA Sevens CRC 7s tournament.

Joseph joined the club ranks in the fall, and in her first season against senior players, continues to be impactful from scrumhalf.

“She brings a special blend of experience, veracity and humbleness to the team,” O.P. coach Matt “Swing” DePoint praised. “She is a natural leader and role model inspiring both veterans and rookies alike.”

Of small stature, Joseph was under a lot of pressure on Saturday, fending off aggressive Ventura forwards around the breakdown.

“She controls the flow of the game with a calm demeanor that hides an explosive offensive threat from the base of the scrum and a tackling machine in the loose play,” DePoint continued. “Joseph has a superb motor necessary for scrumhalf, compelling her teammates to keep up with her on the attack.”

The former Wildcat has remained dedicated to the team and position all while preparing for medical school next year in Parker, Colo.

“The Lightning are grateful to have her and excited that she is coming along for this wonderful ride in 2016,” the coach concluded.