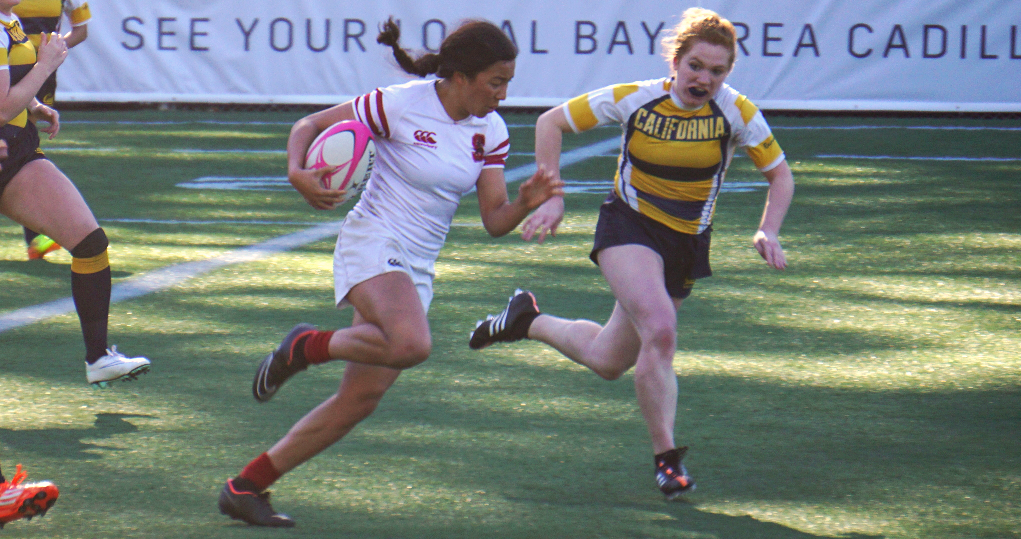 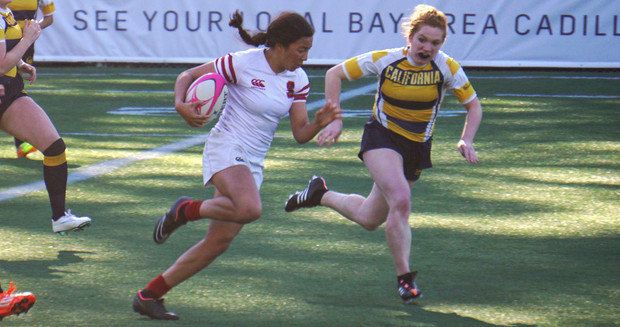 Sunday’s game was important for both Stanford and Cal, and not just for the standings points. Cal was coming off a tight win over Chico State and wanted to keep that momentum going. Stanford was recouping from a loss to UC Davis and was looking for improvement. The first half was a pretty good battle, though the Cardinal took a 29-10 lead into the break. However, the visitors pulled away in the second 40 for the 55-10 victory.

Stanford stunned with a try in the opening 45 seconds, just long enough to notice that the team had made some positional changes. A very dangerous trio between No. 8 Julia Howell, scrumhalf Olivia Bernadel-Huey and flyhalf Dani McDonald were now put these players within a pass of each other. They were flanked in speed, with Esther Melton moving to fullback and Madda Wilson taking over inside center. They accounted for seven of nine tries (Lex Schoenberg and Maki Asrat scored as well). Bernadel-Huey kicked the conversions.

That’s where Stanford had the big advantage. Cal fielded a young backline that was just trying to connect with each other. Fullback Kathryn Johnson is a highlight, sporting good speed and a nose for space.

The forwards matched well. Cal prop Abby Vogel was, as always, strong and fast off the line and stood up ballcarriers. With ball in hand, No. 8 Cathy Cai (pictured right) stayed on her feet well through contact despite her small stature. Cal’s two tries (scored by Vogel and flanker Lorena Cortez) were pick-and-go drives at the line. Stanford had some new players in the pack, but Jett Hayward and Avery Youngblood were big and strong all game. 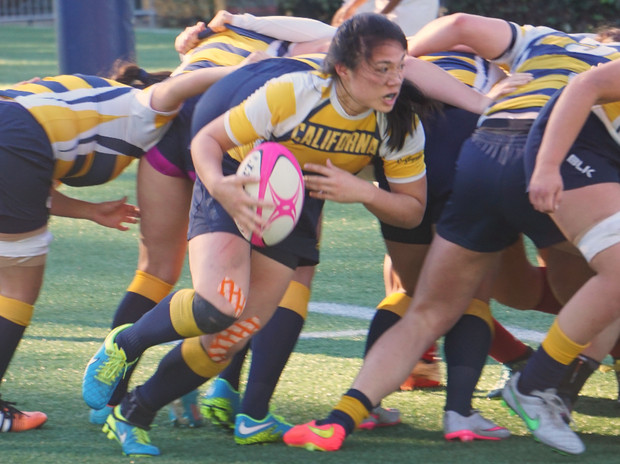 Stanford took a 29-10 lead into halftime, but Cal was in it. The visitors, however, were so good at taking back momentum. Cal worked long and hard for its two tries, and Stanford made sure to answer them immediately.

“We’re always hungry for the try,” Bernadel-Huey said. “We wanted to keep driving and keep the intensity going for the entire game. We did have an objective for the first 10 minutes of the second half, and that was to just bury it in their half of the field.”

Howell received a penalty tap and spun out of contact for her second try in minute 46. Three minutes later, McDonald scored the second of her three tries, finishing off a series of phases by working a 2-on-1 on the sideline. Those scores put the game out of reach, and Stanford added two more by game’s end.

“It was a really good performance for the things we were working on last week at practice,” the scrumhalf said. “One of those things was working with our defensive shape, so it was pretty satisfying driving them 40 meters back. Also, just work rate off the ball and picking each other up. We had some things that didn’t go our way during the game, but no matter what, we were always there on the ball, going with it again, just driving forward.”

Bernadel-Huey is an attacking threat at scrumhalf, but her skill set would be more useful in the line. That said, it does put the ball in her hands more often – and that’s a very good thing. The former fullback is very evasive and has developed a taste for the weakside pick off the scrum. McDonald, too, should probably being playing elsewhere in the backline, but she’s not just a distributor as flyhalf. She works hard to stay involved and has a special connection with her halfback.

“Dani and I, we have a solid connection that we can keep building,” Bernadel-Huey said. “It feels good to be out there.

“Scrumhalf is an adjustment,” she added. “I have a lot of things I need to work on – trying to see more space on the field. And the mechanics of it, there’s so much going on – sorting out the rucks and getting quick ball out.”

“I’m definitely looking forward to the rematch,” Bernadel-Huey said of the Feb. 20 match against Davis in Palo Alto. “That will be a big game for our season. We’ve just been growing and moving forward out of the loss last week. It will be motivating us all season long. We just have to keep raising our standard of play.”


Player of the Week: Ria Joseph