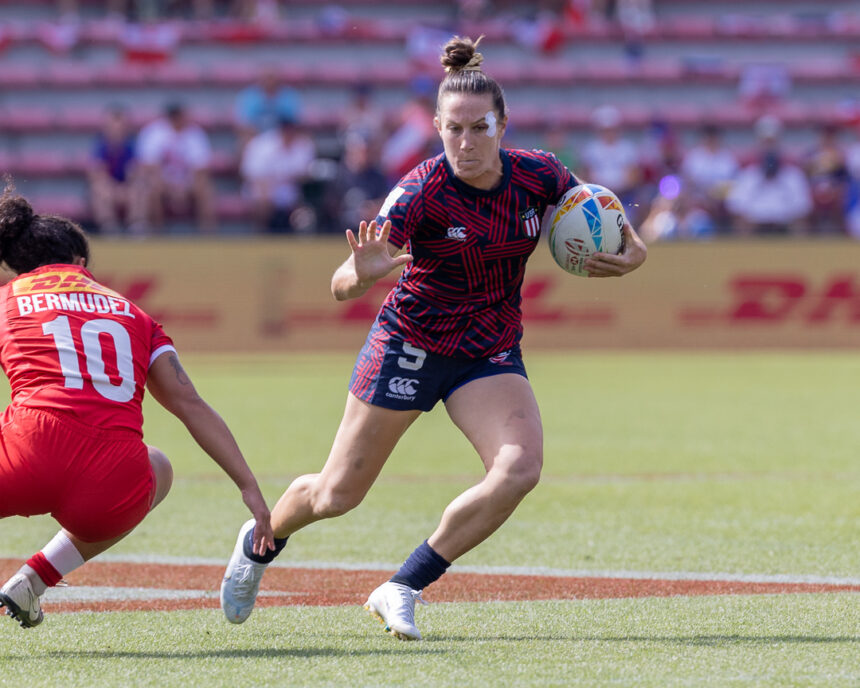 USA Rugby Women’s 7s Head Coach Emilie Bydwell has selected 13 players to the 2022 Rugby World Cup Sevens team, all of which are training outside Cape Town in South Africa. Bydwell is focusing on pressure management in the final run-up to the quadrennial tournament, which kicks off Friday, Sept. 9.

Lauren Doyle captains the team and brings tons of experience to the position. Doyle leads the squad in HSBC tournament appearances (34) and like Cape Town teammate Nana Fa’avesi represented Team USA in the 2016 and 2020 (played in 2021) Summer Olympics. Eight of the current Eagles in South Africa have Olympics experience, and seven return from 2018 Rugby World Cup Sevens in San Francisco.

Of note, Naya Tapper is back on the pitch after missing the final two HSBC tournaments in Toulouse and Langford, where the Eagles finished 7th and 6th, respectively. Sam Sullivan, a U.S. Army WCAP athlete, is uncapped in 7s but earned a first USA 15s cap over the summer. 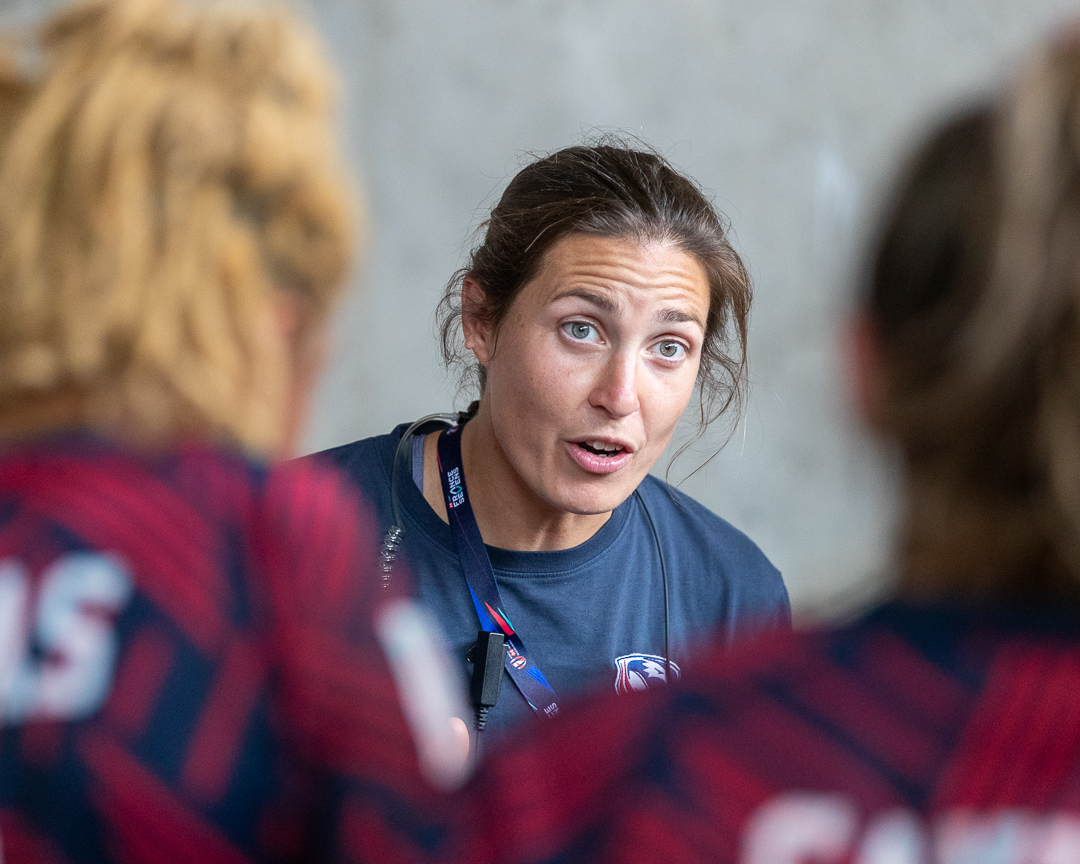 “After feeling disappointed and dissatisfied with our performances across the last two stops of the World Series, we entered into the summer training block with renewed hunger and ambition to improve as a team both on and off the field,” Bydwell told USA Rugby. “We know we have the athleticism, talent and character to be consistent podium contenders but we need to be prepared to compete at every opportunity, fight for each other and nail the technical skills required to unleash the qualities that makes this team so special.”

The final stop on the HSBC World Rugby Sevens Series – Los Angeles, Aug. 27-28 – did not include a women’s competition, but the summer training block did include scrimmages against Brazil and Canada in Chula Vista.

“The matches reaffirmed to us that when we commit to our game plan, we are exponentially more threatening as a unit and can ultimately express our individual super strengths more effectively,” Bydwell said of takeaways.

The USA 7s team and staff arrived in Cape Town earlier this week and have been training at the Stellenbosch Academy of Sport, which is located just outside of the city. 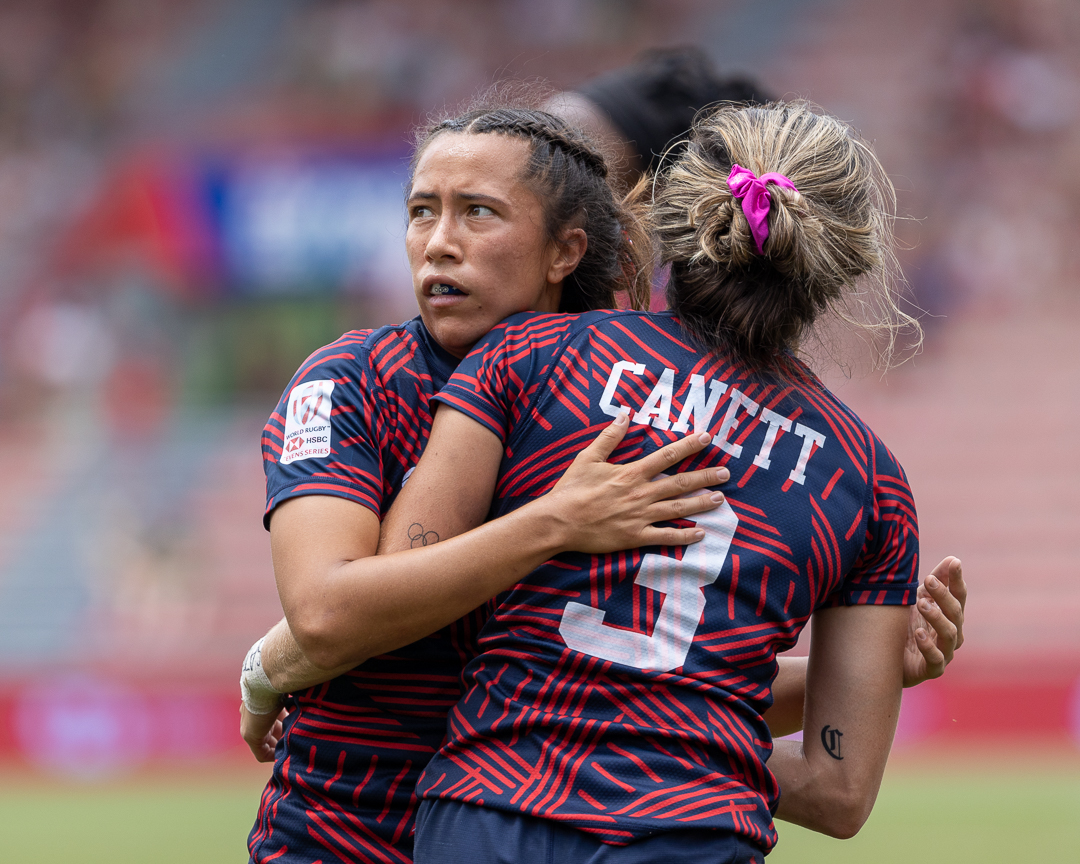 “Our theme for the first week of this campaign is all around pressure, how we work with that pressure as individuals, how we communicate in pressure situations and finally how we manage pressure as a team to maximize our opportunities and not fracture,” Bydwell explained. “We will have the perfect pressure test on Saturday when we have the opportunity to scrimmage Ireland and France – knowing that both teams present different challenges that we need to be prepared to adapt to and solve.”

The Rugby World Cup Sevens is knockout style, meaning there is no pool play and no gradual build of pressure. It’ll be present from the very first kickoff against Poland (Sept. 9 at 6:33 a.m. ET).

“The knockout format aligns perfectly with this idea of mastering pressure, and also with the challenges that are coming down the road for us with Olympic qualification,” Bydwell closed. “In both the Rugby World Cup Sevens and this coming season, every game matters and every opponent can contend regardless of previous record or standing. We needed to develop the mindset that every game is its own game and bring the focus, intent and effort required to each situation. No better way to start training for this than a single elimination tournament on the world’s biggest stage!”

The RWC 7s will stream on NBC’s Peacock; read more at https://www.rwcsevens.com.