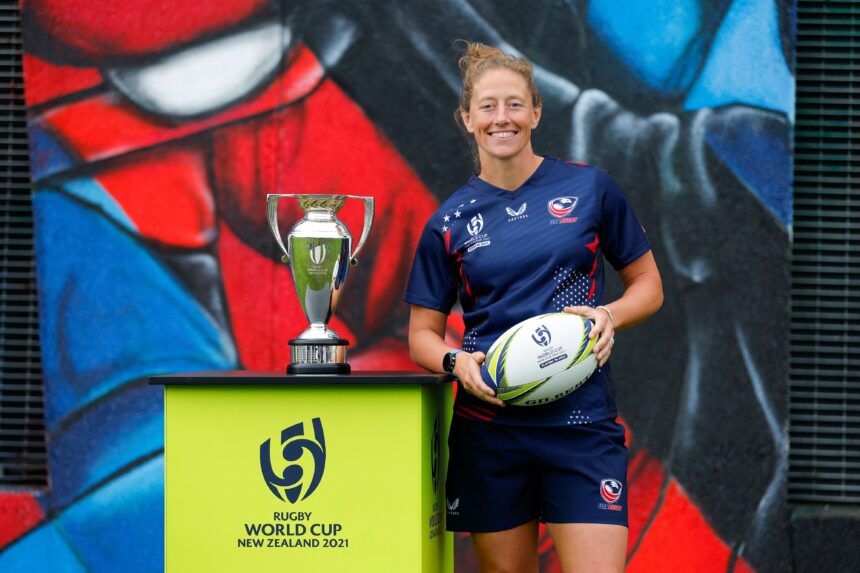 The USA has been training in New Zealand for two weeks now, bringing the momentum of a late-August win against Scotland and competitive second half against England. (Read captain Kate Zackary’s thoughts on the U.K. tour)

“We have hit the ground running and spent the acclimation time refining the key areas we feel are both strengths and needs for improvement,” Cain said. “Not having as many Test match opportunities in 2022 as other countries, we created the opportunity for a closed doors training session with Wales and want to thank them for such a beneficial session as we look to be best prepared before kickoff this Sunday.”

The starting lineup resembles those that featured in the U.K., the notable difference being that Carly Waters is starting at scrumhalf as opposed to coming on as a late reserve. Also, Evi Ashenbrucker was originally listed in the reserves but an injury has seen Kristine Sommer take the forward’s spot.

In terms of experience, there are four starters with single-digit caps – two of which are in the second row, and a third being 22-year-old Eti Haungatau, the only collegian in the group. On the opposite side of the spectrum is Hope Rogers who has 37 caps and is playing in her third World Cup. Overall, the starting 15 averages 15 caps.

Italy on the other hand has a lot of experience in its starting lineup. The top 15 account for 696 caps, an average of 46 per player. And the Azzurre enter this weekend’s match with lots of momentum, both on the field and within the program. Twenty-five players were awarded centralized contracts in advance of the RWC (and they’ll be renewed annually), and the fruits were seen against France. In early September, Les Bleus beat the Azzurre 21-0, and then six days later, Italy rebounded with a 26-19 win. It was the fifth time ever that Italy beat France, and it was enough to leapfrog over the USA for 5th in the World Rugby ranking.

“Italy have been building a core of very experienced players for some time now, through the Six Nations and collectively are a tenacious team who thoroughly deserve their 5th world ranking,” Cain said. “Italy’s pack and ability to move the ball forward and create the type of speed and ball movement their team wants are key to their success.”

“Italy is going to bring a really aggressive team, but likewise we’re going to bring a lot of fast physicality from one through 23,” USA captain Kate Zackary added. “It’s been a few years since we saw Italy in person last, since the 2017 World Cup where we got the better end of the deal. They have improved a lot, they’ve played multiple Six Nations campaigns, they’ve professionalised, they’re team getting contracts for various players and it’s like a whole new team which is exciting.”