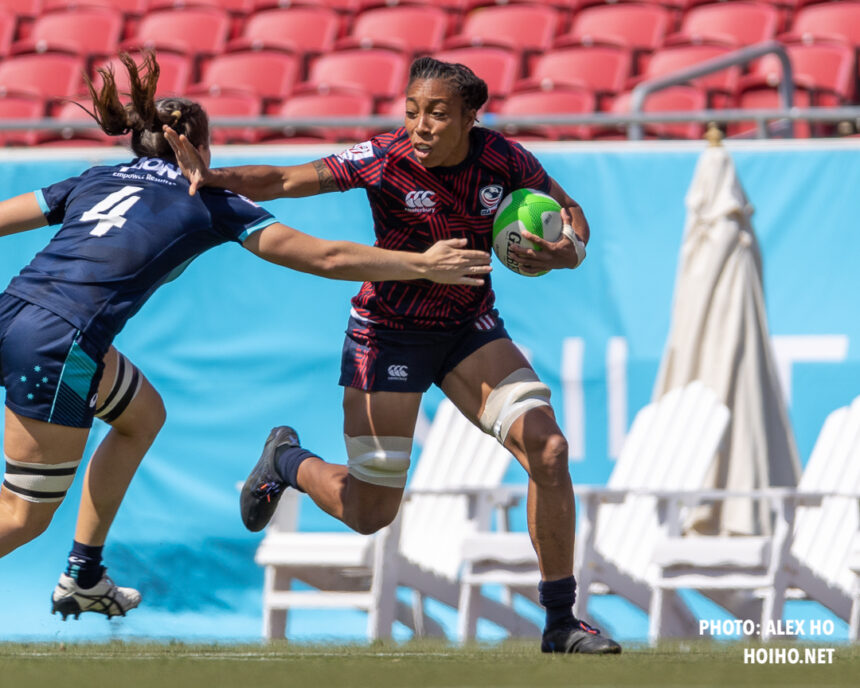 Following a lengthy hiatus from the series after the last stops played in Malaga and Seville, Spain, the Eagles land in Canada eager for a return to competition and opportunity to climb the 2022 standings. The United States kick off against Fiji at 9:30 a.m. PT on Saturday, April 30 with the ensuing knockout rounds on Sunday, May 1. All matches and the entirety of HSBC Langford Sevens will be streaming live on Peacock.

Following rescheduling to the 2022 HSBC World Rugby Sevens Series calendar, the USA Women’s Eagles Sevens have been out of series competition since placing fourth at Seville Sevens in Spain on January 30. The squad left on a high, having won gold in a first place finish the weekend prior in Malaga, the first of a two-tournament Spain tour. Currently holding the fourth seed in the 2022 HSBC World Rugby Sevens Series standings, Bydwell and company kept momentum during the hiatus with a training and exhibition series against Australia in Chula Vista and Los Angeles in mid-March.

Bydwell noted following the exhibition, “The opportunity to host Australia was invaluable. Both our teams competed over three days, culminating in four games played at the LA Coliseum. With such a significant gap in series competition, these games gave us a critical checkpoint in our development and an opportunity for our whole residency program to play quality minutes.” 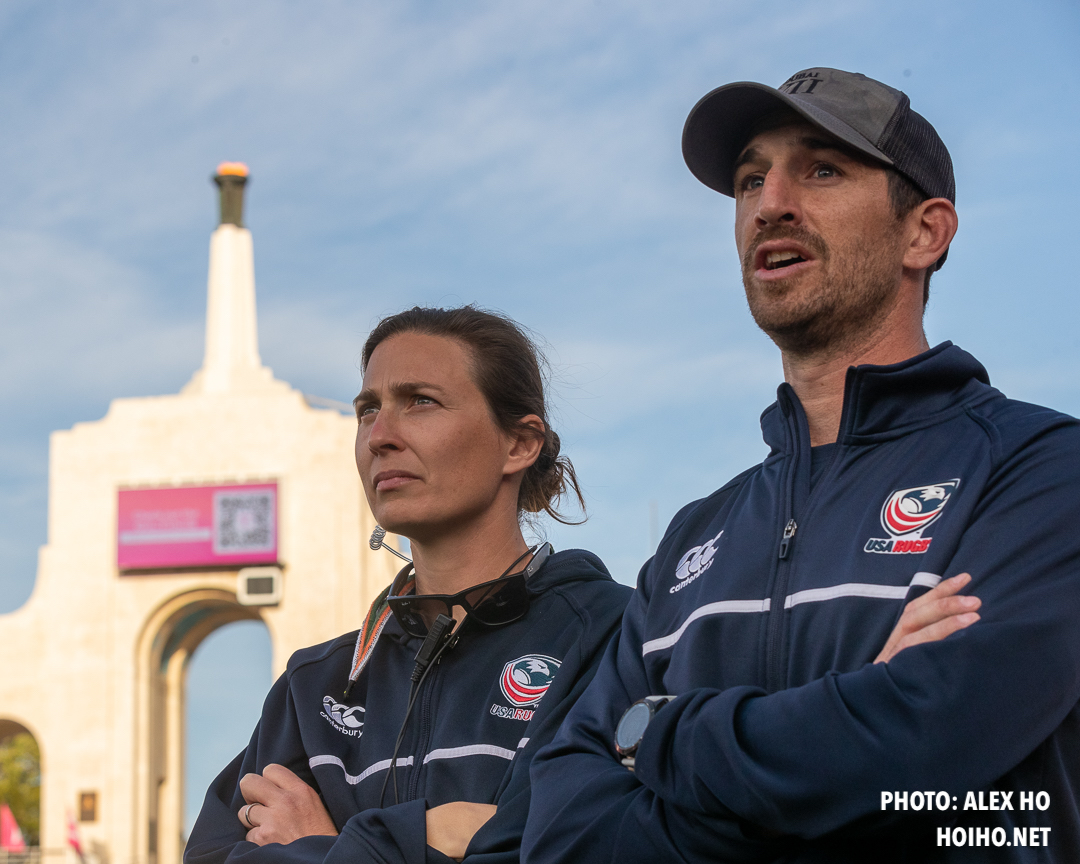 Looking ahead, the United States will enter Langford in Pool C against Fiji, New Zealand and England. England will be the most familiar foe for the United States this year, having played them, or a Great Britain assembled squad, four times and only losing one of those contests. The Women’s Sevens have otherwise only faced Fiji once in Dubai, and have yet to take the field against 2020 Tokyo Olympic Champion New Zealand as the Black Ferns Sevens will make their series debut in Langford.

Head Coach Emilie Bydwell comments ahead of Langford:
“We are very excited to be back on the World Series and battle test the work we’ve been doing at home over the last three months. We are uniquely positioned to have some excellent growth opportunities through day one in Langford, as we will see two of the three Olympic medalists.

Our goal is to command the tempo of games, and see how through implementing and being disciplined within our game plan we can create opportunities and allow our players to express their strengths. This tournament will serve as a checkpoint for our progress as a unit, and test our connection under pressure as we build towards the Rugby World Cup Sevens later in the year.” 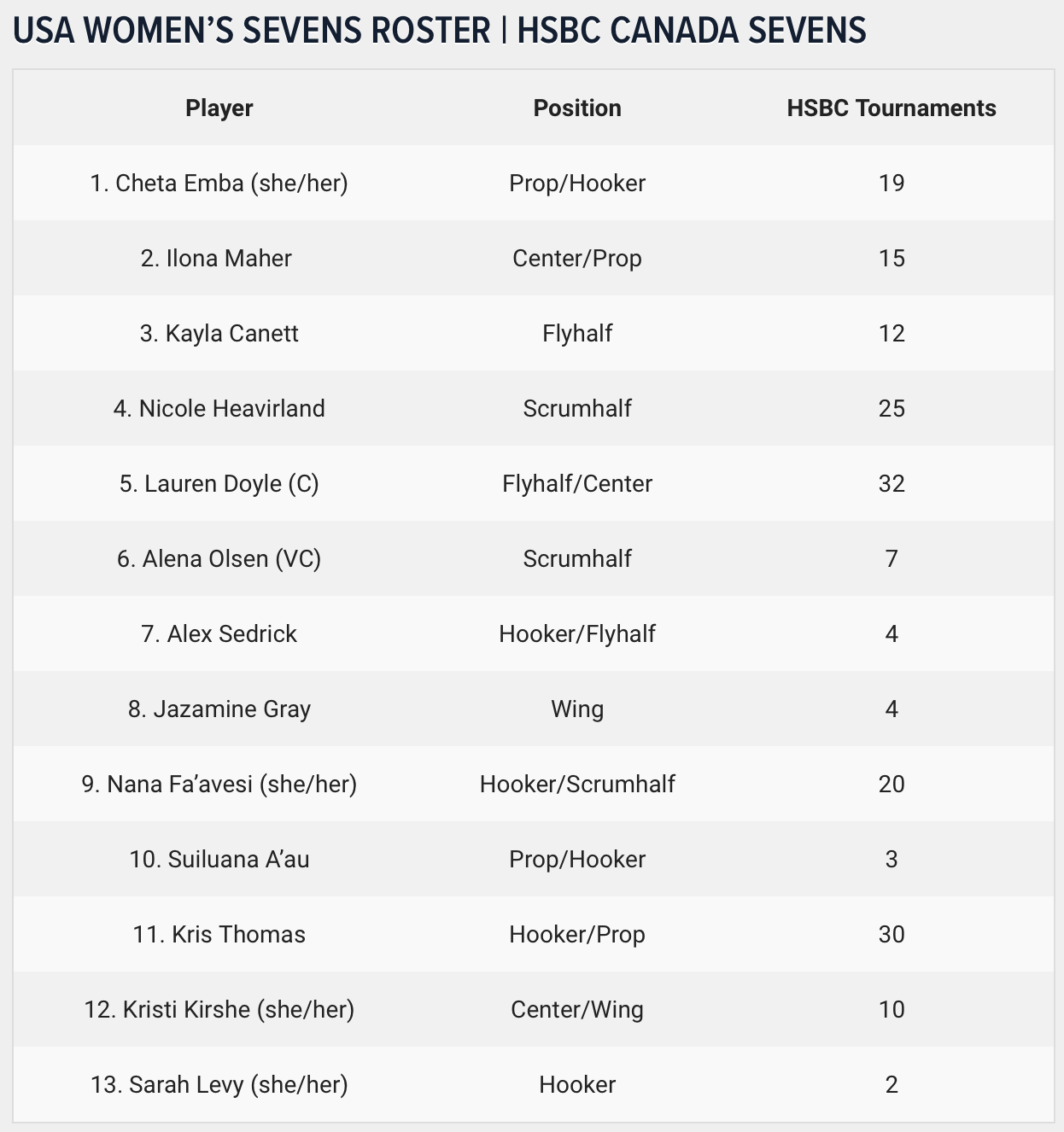 Sunday, May 1
Placement rounds begin as early as 1:00 PM ET