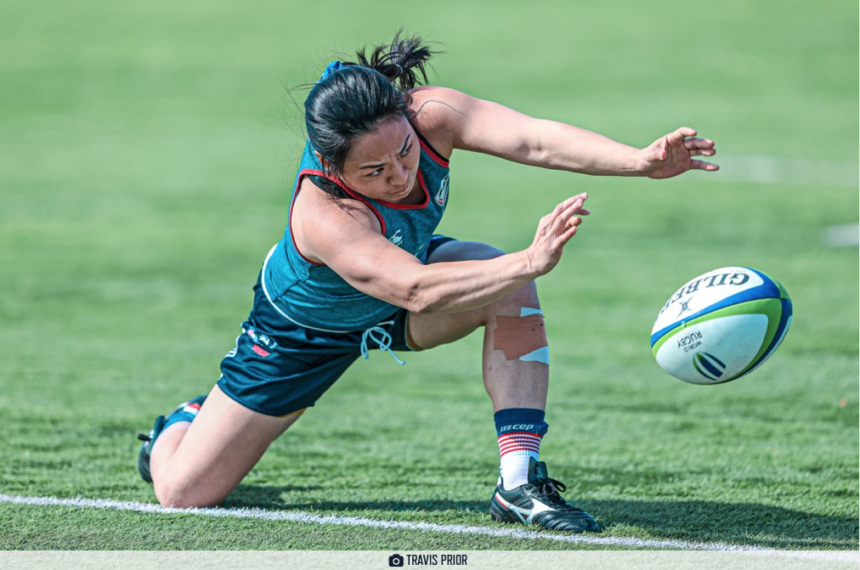 USA RUGBY (May 29, 2022) – With Nine USA Women’s Eagles named to the Pacific Four Series player pool competing in the Allianz Premier 15s Final on June 3 in Worcester, England, four players have been called up to join the United States in New Zealand. All players will be available for the USA vs. Canada match on Sunday, June 5, 2022 at 8:15 PM ET (June 6 New Zealand time), at the same time Elizabeth Cairns will also be joining the touring squad for the duration of the tournament, following an unfortunate injury to Jenny Kronish during club play.

Head Coach Rob Cain noted: “We all feel for Jenny, she has been playing some great physical rugby and these few weeks would have been a great platform for her but this has unfortunately come too soon in her rehab process. We are so pleased for Elizabeth, she has been playing well for Life West and we look forward to her replicating that club form over the duration of the tour.

“Not having nine players and the Captain from our original 28 player touring squad will of course be a challenge but when you add some context to it, what a great challenge to embrace this first week. This opportunity presented to the four players joining is an exciting one. Missing out on an original selection is always hard, with a very real concern of not knowing when another opportunity will present itself, we can’t wait for them to not just join the group but make their impact.

“The next week of course has and will continue to present some challenges, as we all work towards being best prepared for test match rugby. That said, it also presents some very rare opportunities in the space of a few days, where our Eagles on test and club duty will be impacting the many young women who look up to these role models. This also shows the many playing possibilities being an Eagle presents and inspiring them to follow in their footsteps.

“To think we have so many USA players not just playing for their clubs but dictating the championship of what many would consider the strongest domestic league in the world, is an exciting proposition for the players involved.” 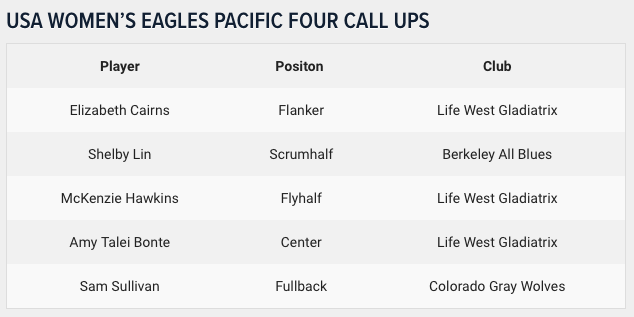