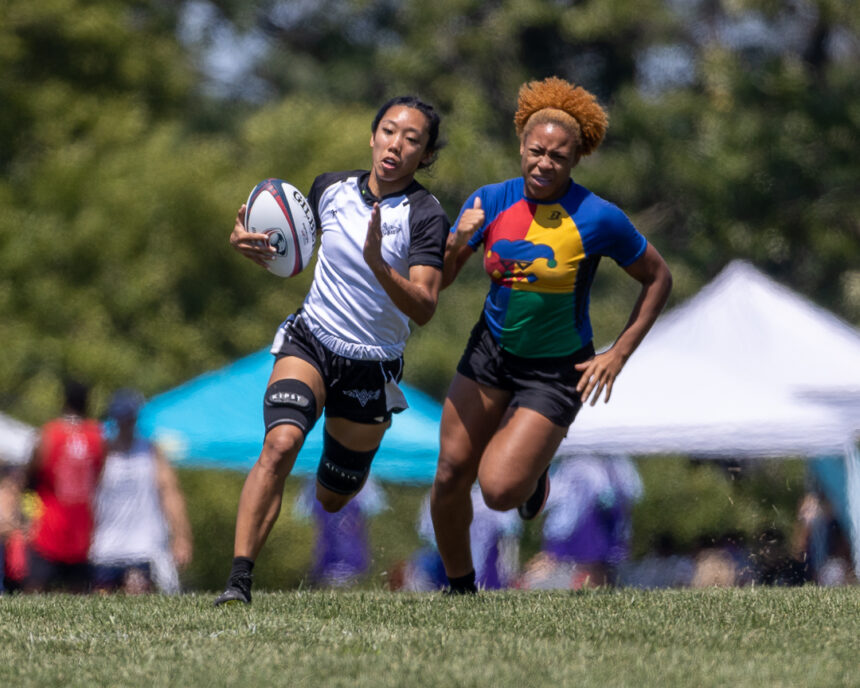 The USA Club Rugby 7s National Championship has closed out pool play for its 16 women’s teams in St. Louis, Mo., dividing the field into Cup and Bowl brackets for Sunday. All games are live-streamed for free on The Rugby Network.

The top-two teams in each pool advance to Sunday’s Cup quarterfinals, while the 3rd- and 4th-place teams filter into the Bowl quarterfinals. Now real surprises per se in terms of teams in the top eight, but there were absolutely some notable performances  during day one of competition. 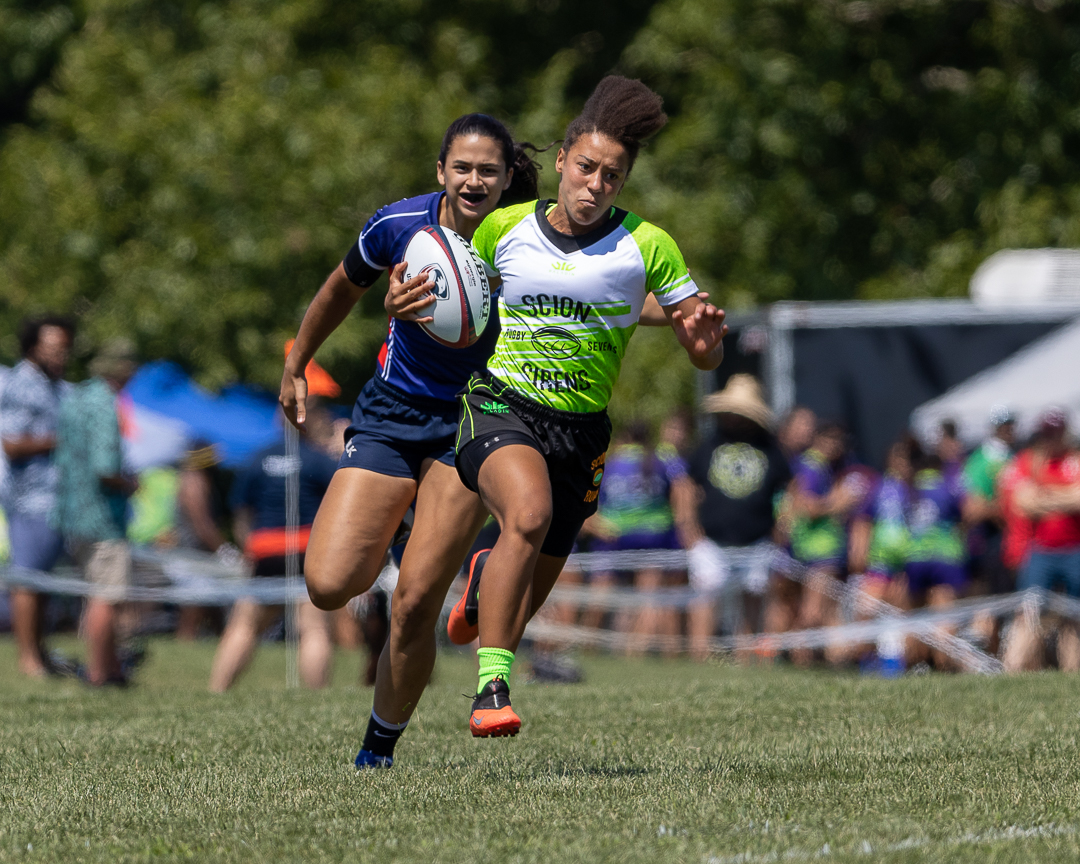 Reigning champion Scion asserted its team-to-beat status, showcasing clinical restarts (Abby Gustaitis in the air!), great finishing speed (159 points scored), poachy defense and a diehard chase-down (no points-against) to top Pool A. The Chicago Lions won the second seed into the Cup quarterfinals by just four points. The Lions and Boston tied each 17-17 in the first round and then posted similar numbers against Scion and the Albuquerque Atomic Sisters.

The Chicago Lions’ reward will be a Sunday morning match against Chicago North Shore, which won Pool B. The teams last faced each other in the Midwest championship, which North Shore won 21-17. North Shore and Life West were both 2-0 leading into the last pool play round, but the Chicago squad had the gas for a try in either half from Emma Farnan and Elizabeth Geary. That means last year’s finalists, Scion and Life West, will see each other in the Cup quarterfinals. 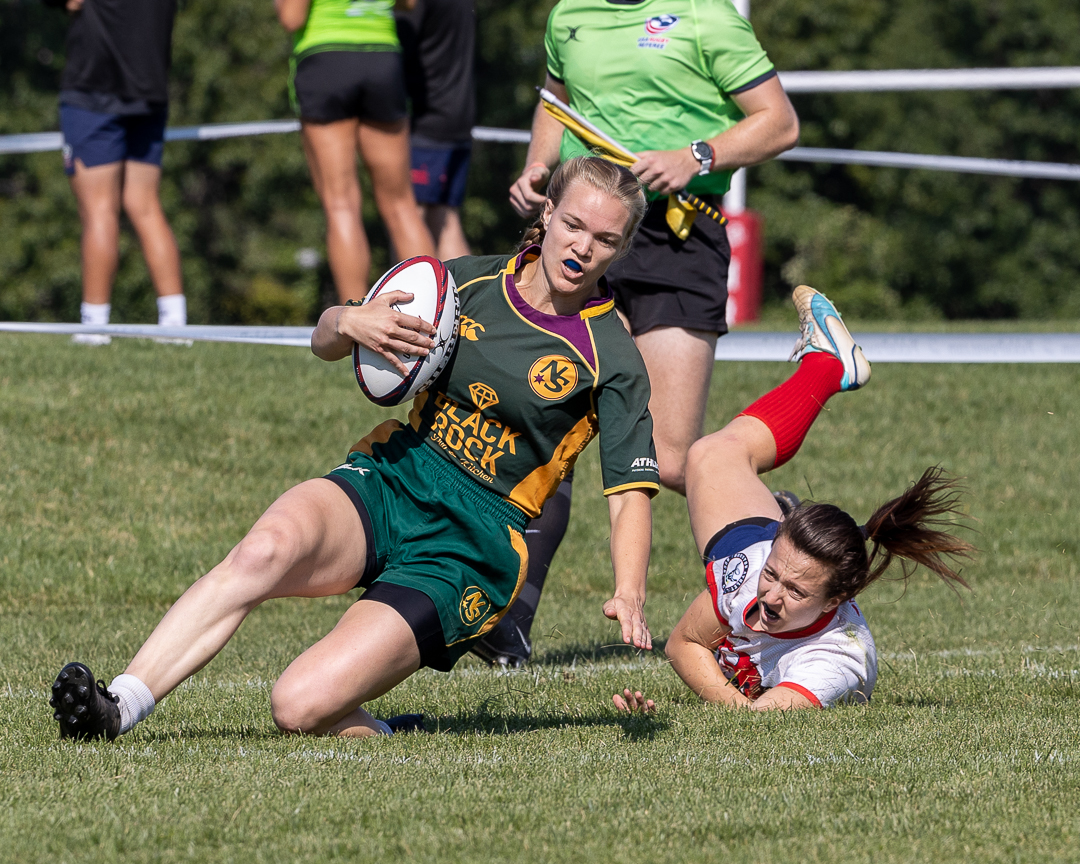 In Pool C, the Washington Athletic Club (WAC) also impressed with a 3-0 Saturday. The squad is relatively familiar, with Megan Sanders setting the tone in the middle of the pitch and Erica Legaspi (lead photo, Alex Ho) going for long breakaway tries. The team got its biggest push from runner-up Rocky Mountain Magic, which posted 12 points on the Seattle-area squad. Both advance to the Cup quarterfinals, with WAC seeing Pool D runner-up Phoenix, and the Magic taking on Pool D leader San Diego.

After shutting out the D.C. Furies and Phoenix, San Diego gave up one try to Berkeley in round three, but still pulled out the 26-5 victory. Lauren Thunen, Elona Williams, Teigan MacDonald all had good days and expect to hear their names on Sunday as well. Phoenix is out of Florida and quite crucially beat Berkeley 14-5 in the opening round. A big win against the D.C. Furies secured the top-eight berth. 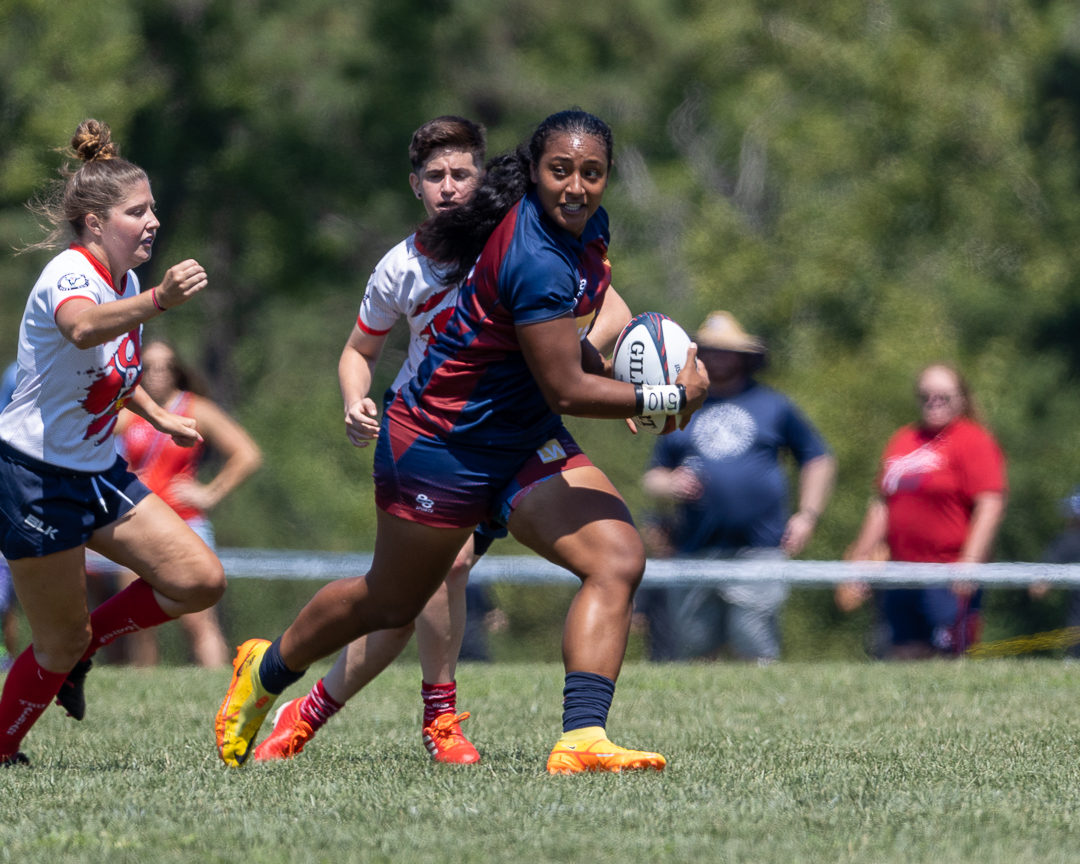 Looking at the Bowl competition, there are a couple of teams, like Boston and NOVA, that could have easily been in the Cup bracket given a try here or there. And teams like Houston Athletic Rugby Club (sHARC) and Tempe showed that they can score points, so expect the bottom-eight to really give on Sunday, too. Albuquerque and the Furies have struggled on the scoreboard, but now they’ll be competing with some more like-strength teams and hopefully lean into some day-two chemistry. Click here for the Bowl quarterfinal match-ups.

Standings are below. Click here for full scores and Sunday schedule.