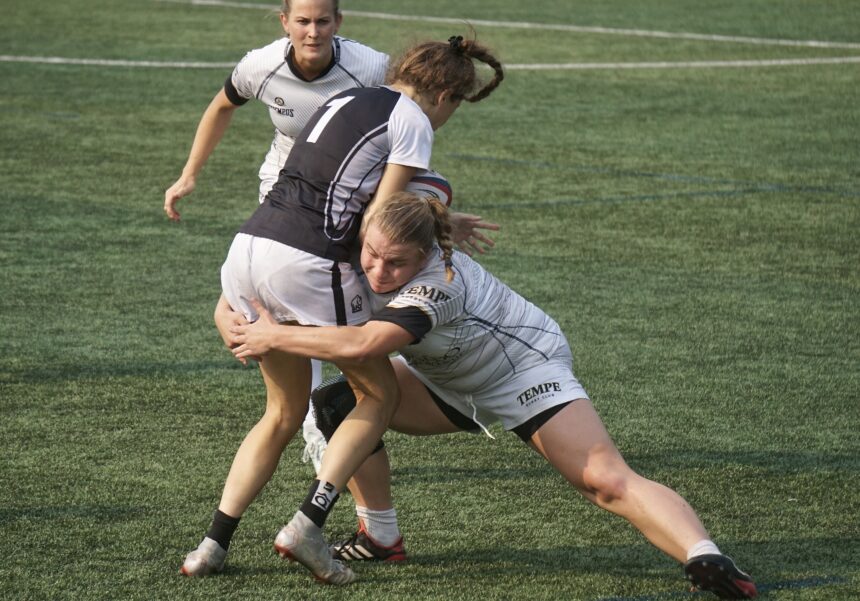 The USA Club Rugby 7s National Championship is the traditional ending to the domestic calendar year, and the 2022 celebration occurs Aug. 13-14 in St. Louis, Mo. Ninety-two games are on the schedule, and they will be live-streamed for free via The Rugby Network.

What is different about this year’s club 7s nationals? For one, it’s the second year that USA Club Rugby is running the event, with last year’s tournament in Tukwila, Wash., being the debut. It got 13 women’s teams in August 2021, and now the competition is back to 16 teams.

“I’m quite excited about our ‘return to grass roots’ approach for this weekend where we traded in a stadium setting for top quality, full-sized grass fields including 22M try zones, 15 national panel referees while also getting the local refs involved, filming using drones to capture the action, no charge to attend or watch the stream and top quality medical care,” USA Club Rugby 7s Competitions Chair Fil Keuppens posted on Facebook.

Reigning national champion Scion leads the list of 2021 returners and its summer rosters feature many familiar faces, including Jade McGrath and Lauren Rhode, who spent the spring with WPL national champion Berkeley, as well as young talent like Autumn Czaplicki, who was last seen in USA U23 and PR 7s Loggerheads kit. Scion is the team to chase, and the pursuit has intensified this year.

Life West is certainly up for the race, having finished runner-up in 2021. It’ll be without several players who are currently residing in Marietta, Ga., for the pre-World Cup 15s camp. But don’t worry about the Gladiatrix; they are dense with talent and play with an attack mindset. 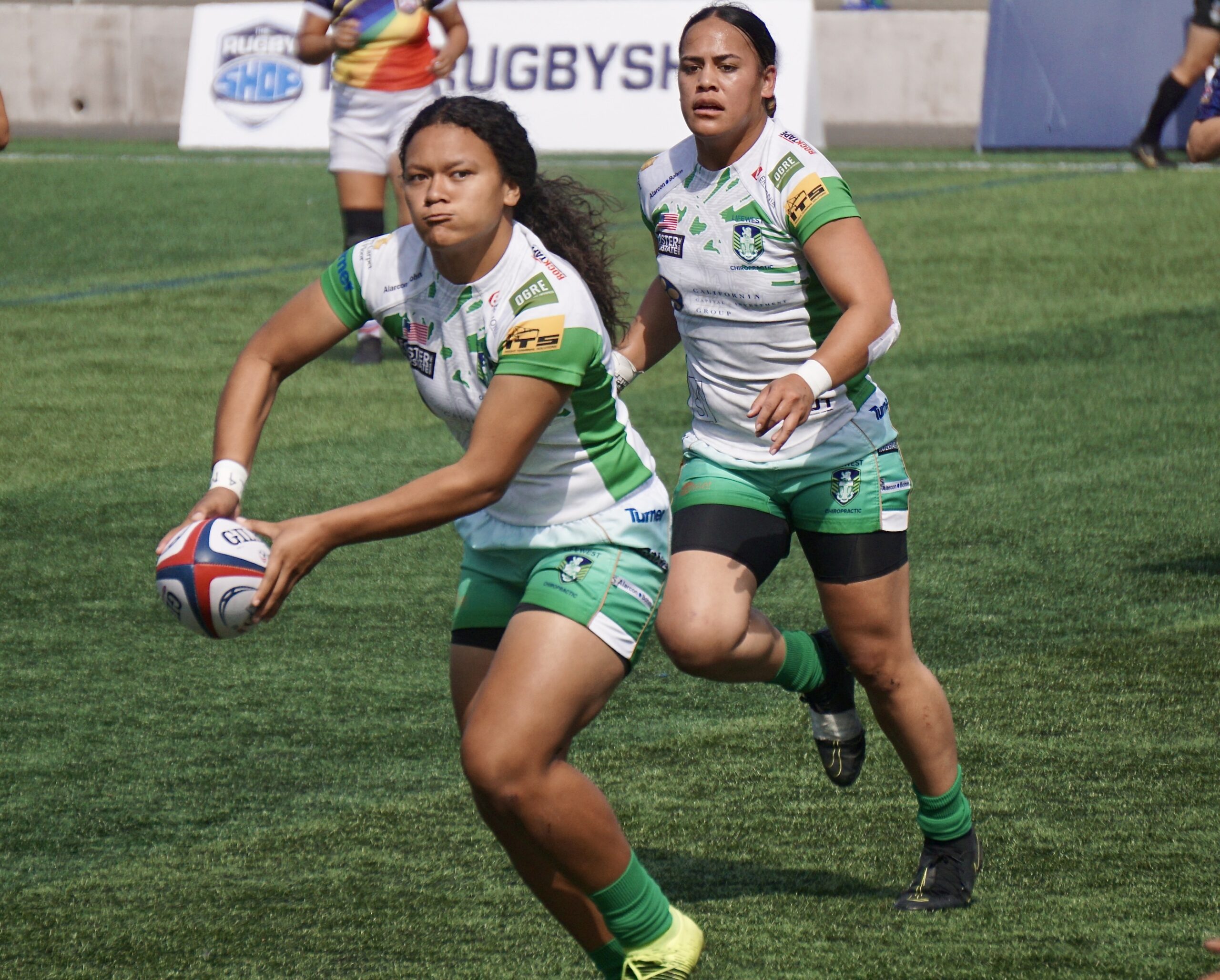 Fellow 2021 returners Chicago North Shore and Chicago Lions represent the Midwest, although they swapped seeds coming out of regionals; the Mid-Atlantic’s NOVA is back after winning the DI 15s national championship; Rocky Mountain Magic brings all that great Denver-area talent together; Southwest’s Tempe, too, went deep into DI playoffs this year; and the 7s-only Washington Athletic Club is always fun to see, since U.S. audiences have, regrettably, limited exposure to those quality Seattle-based players during 15s season.

The championship welcomes back San Diego and Berkeley, two teams that combine for six national 7s titles but that were absent from 2021. Both teams are coming out of a massive WPL season – which the All Blues won – just like fellow 7s participants Life West, Chicago North Shore and Atlanta Harlequins. Frankly it’s incredible that any WPL club has the wherewithal for a month-and-a-half 7s push, given that the 15s season now runs from April-late June and requires so many team and individual resources.

ORSU was announced as a participant but later replaced by the Albuquerque Atomic Sisters, who looked strong in the Southwest 15s season and are fresh to the national 7s scene. Houston Athletic Rugby Club (sHARC) is also prevalent in 15s and a new element to 7s nationals. American Rugby Pro Training Center (ARPTC) had been the top seed out of Red River but the academy’s closure has opened up room for a club team. As for the former ARPTC players, some have been spotted overseas, with Rhinos, on the PR 7s circuit, and one in case, in a USA 15s jersey (see: Georgie Perris-Redding). 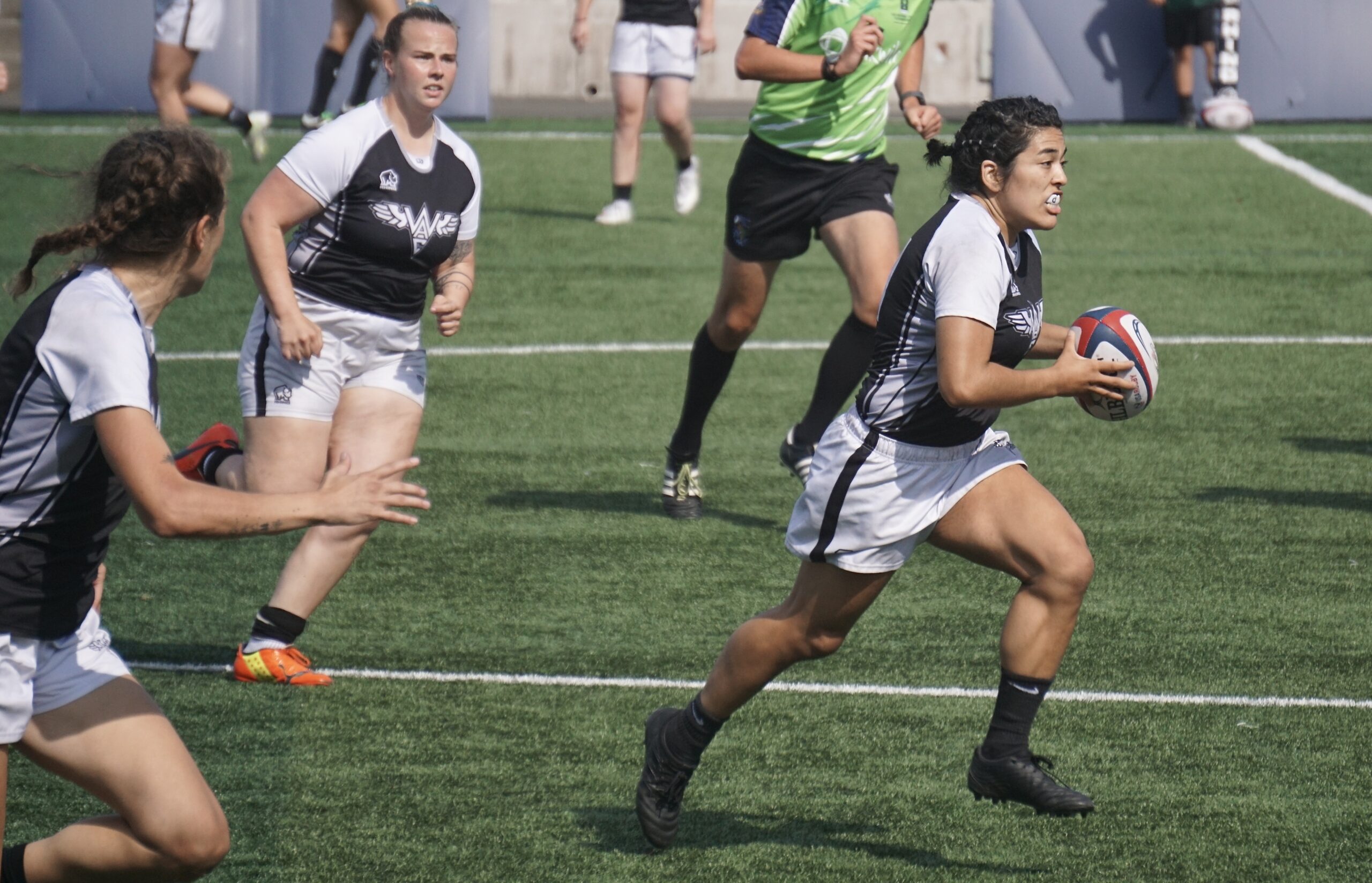 It’s also worth noting that the Premier Rugby 7s season occurred in July so it’ll be interesting to see if the pros impact the competition. They were exposed to top-notch rugby in high performance environments with international talent, and no doubt emerged better, more confident individuals. But did their absence during the meat of the domestic 7s season affect their hometown clubs in any way?

Likely not to a noticeable extent, as leaders are always quick to note that vacancies are also opportunities for others to explore new roles and for the team to build depth. There’s always the option to use players differently if there’s a chemistry issue, and it’ll be tough to find someone who bemoans the existence of a pro 7s series. 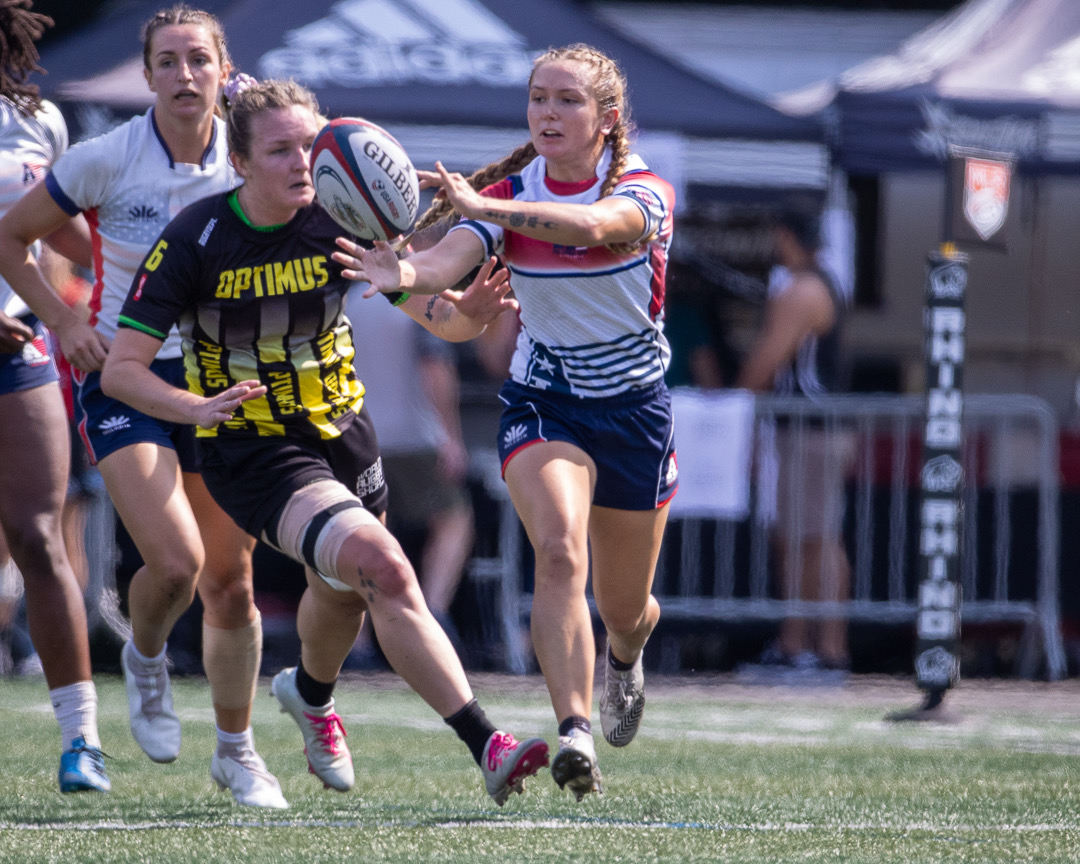 ARPTC and Optimus did not return from 2021 / Photo: Alex Ho

Boston, D.C. Furies and Phoenix are new to the 2022 lineup, but have multi-year experience at 7s nationals. Last year, the Boston Belles brought players from Boston and Beantown together, and that same mingling is happening with this year’s team, though Boston itself is featured more heavily. The Furies have endured a few rebuilding seasons, so the field is eager to see them in action, and 7s-only Phoenix (and Atlanta) is filling a space that was occupied by Optimus last year. Phoenix head coach Eyal Hakim also led the first-ever Maccabia USA women’s 7s team to a silver medal at the Maccabiah Games last month in Israel.

There is one unknown: the best resource for live updates (outside of TRB, of course). Tuning into TRN for the live-stream is one’s best bet, and fortunately the platform always has quality commentators (although 2021 commentator Abby Gustaitis has been playing with Scion this summer). But there’s an information clog with organizer USA Club Rugby. Check out 7s Competitions Chair Fil Keuppens’ Facebook page for some general info, and stay tuned for social media accounts that may be active on the weekend.