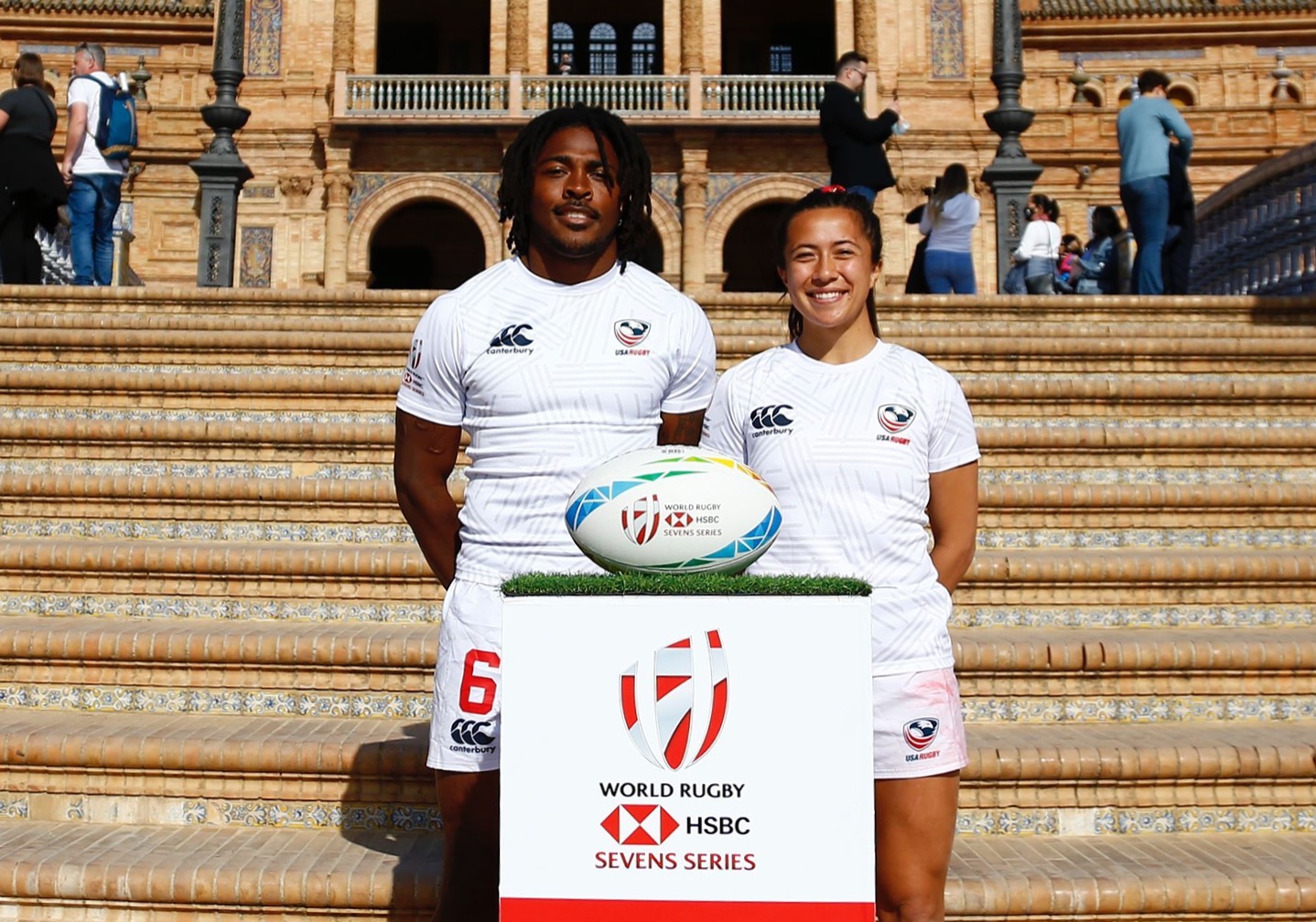 Seville, Spain, is host to the the fourth stop on the HSBC World Rugby Sevens Series, and the USA entered as the top seed after winning last weekend’s Malaga tournament. Headlining Pool A, the Eagles opened with a 52-0 win against Portugal.

The game played out as expected. A series veteran with loads of confidence dictated the game in terms of speed, physicality and execution. The Eagles played with a lot of possession, and Portugal tended to take the pass off the breakdown and straight into contact, giving the defense and easy assignment in terms of turnovers. The game was a good opportunity for newer players to bank useful series minutes, and they showed well.

Sarah Levy in her second series tournament scored the first of two tries about a minute into the game. It was simple hands to one sideline, and with the defense stretched, hands back the other way. The final two passes were flat and to receivers coming from depth, and that tactic set up Levy for her second try in the second half.

The U.S. restarts were very successful. Sometimes it was Kris Thomas flying through the air in the most dramatic of takes, and other times it was Kayla Canett finding space and Portugal letting the ball hit the ground. Naya Tapper was in a good place to scoop up the second kickoff, and Jaz Gray finished with the first of three tries. Canett the first of four conversions, 12-0.

Portugal lost a lineout deep in its end, and Naya Tapper powered through the middle, drawing in the defense. Sui A’au, who also has defense-dragging power, took the offload and drove to the try line, 19-0.

That half ended with another Gray try, with the lovely flat, wide finishing pass coming from vice captain Alena Olsen. And then a big counter-ruck off at mid-field allowed Canett to move the ball from traffic and set Gray free for a speedy third score, 31-0.

Thomas flew through the air to steal the second-half kickoff, and shortly afterward, Spiff Sedrick dummied through the defense for the try. Canett added a fourth conversion, 38-0, before handing over kicking duties.

There was some breakdown in execution as the ahlf wore down, a couple of knock-ons, penalty in the scrum, lost ball in the tackle. But the game stayed in Portugal’s end, and the aggressive defense was happy to take on an opponent that didn’t want to move the ball wide. Kristi Kirshe set up Levy for a score, which Olsen converted, and then Levy returned the favor in the final score of the game. Kirshe needed a big fend to get past the sideline defense, but the power center obliged: 52-0 with Heavirland’s conversion.

The Eagles retake the pitch at 1:05 p.m. Eastern against England, which defeated Canada 33-12 in round one.