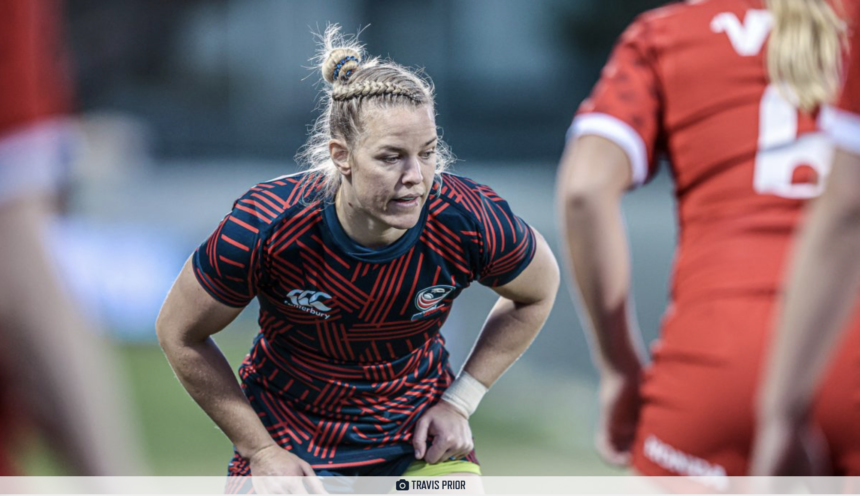 With nine players from the traveling roster having competed in the Allianz Premier 15s Final in the UK, five players were called up for the Pacific Four Series opener with all included on the match-day 23. USA vs Canada kicks off on Sunday, June 5 at 8:15 p.m. ET and will be streaming live on the Pacific Four Series page of the World Rugby website.

THE MATCHUP
Canada is a familiar foe for the USA Women’s Eagles, having played the North American rivals five of the last eight test matches since 2019. While the USA are 1-4 during that stretch, the last few fixtures have been close contests where small work-ons will have the Eagles in good position to open the Pacific Four Series in the win column.

Coming out of the last two matches against Canada, 9-15 and 13-26 losses at home in November, Cain and the team recognized they needed to better “execute the basics under pressure” to formalize an attack and put points on the board. This round against Canada presents a positive dynamic on that front, as each player rostered has been in regular competition during the weeks leading up to kickoff. With 13 players having competed week in week out with the Women’s Premier League over the past five weeks and 10 players experiencing rugby with Allianz clubs post Christmas, these important playing opportunities will allow some exciting momentum coming into the Pacific Four Series. While Cain and staff will be without nine potential starters for this first match, it presents an opportunity for the squad to show its depth, and provide more test match experience for the extended roster ahead of this fall’s Rugby World Cup.

“What a great opportunity these first 23 players have in both showcasing the hard work and key learnings from both March Falcons fixtures in the UK and Colorado,” Cain told USA Rugby. “We know how powerful, direct and accurate Canada can be and we are looking forward to both the physical and tactical challenges that lay ahead. We are excited for all the potential new caps, each has already made their mark this week and all of their stories continue to showcase both the highs and lows of players pursuing their rugby dreams.

“This test match continues to allow us to develop experience and depth in key positions, both tactically and positionally at the International level, which continues to be so important for the groups performance aspirations at the Rugby World Cup.”