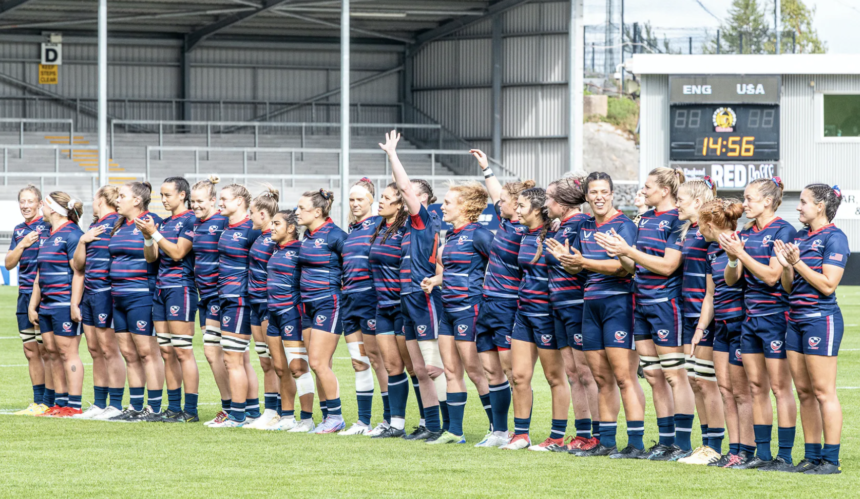 USA Rugby Women’s National Team (WNT) Head Coach Rob Cain has selected 32 players for the Rugby World Cup 2021 (occurring in 2022) in New Zealand. There are 19 forwards and 13 backs in the travel squad, which disembarks on Sept. 23. The first game is Saturday, Oct. 8 at 7:45 p.m. ET and will live-stream on Peacock. Read the full release.

“Selections have been getting harder these past 12 months, which is a positive sign of how far this group has come and how much our own game and standards have grown,” Cain reflected. “There were some very tough calls that had to be made off the back of what we learnt from each game since November 2021 and what we saw in Atlanta. We had some really exciting conversations and of course some hard and sad conversations. Ultimately, we have to make those decisions and select a group that we feel will give us the balance we need to get the results we are all striving and working really hard to achieve. We are excited for this group in doing that.”

“Competing in my third World Cup just has me feeling an immense feeling of gratitude,” Rogers said. “Being able to play in the 2014 World Cup at 20 years old because there were people back then who believed in me, I just feel a lot of gratitude towards what I was taught by those people. It is about leaving the jersey better than you found it, so being able to pass it on to some of our young bucks [in their] first World Cup is just really exciting.”

Zackary continues to serve as captain.

“Heading into a Rugby World Cup as Captain of the USA National Team is not something I ever expected to say, years ago I didn’t even know what rugby was, so having this opportunity is a huge honor and privilege,” Zackary said. “I look forward to representing my country, my family and play alongside some of the best players I’ve ever had the privilege of playing with. I hope we make everyone proud.”

Alongside the veterans, there is a crop of young and even uncapped players.

“We’ve got a really exciting group, and the pleasing thing is to really see some of the less experienced players drive what we’re doing alongside the experienced players,” Cain said. “It’s been great to see players get more caps these last 12 months, adding eight or nine games to allow for combinations to be created and take advantage of our opportunity windows. Now we have an opportunity to cement it.”