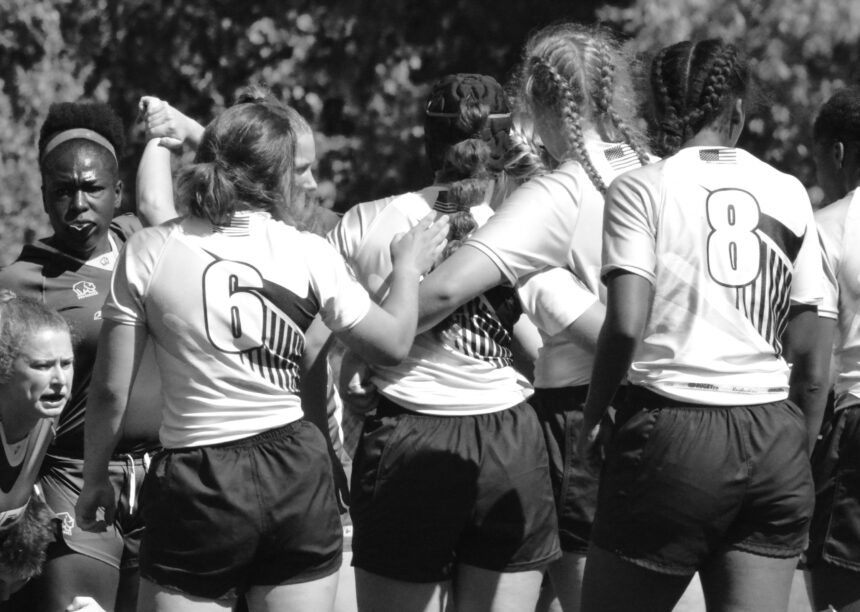 The College Rugby Association of America (CRAA) opened up the 2022-23 season last weekend, and the activity has provided a starting point for women’s college rankings. The organization runs separate fall and spring 15s seasons, and thus this DI college ranking will only feature those teams building to the fall playoffs (Nov. 19-20) and championship, which will be held Dec. 3-4 in Charlotte, N.C. [lead photo: Doreen Madalian]

Some things have changed since last year’s CRAA DI fall 15s season. Navy was elevated the NCAA varsity status and 2022-23 will mark its final season in CRAA. A peek at the Midshipmen’s schedule shows several NIRA teams but also plans for the CRAA post-season. Fall 2021 finalist Davenport University also elevated and is playing in NIRA this fall. Additionally, the Big 10 conference moved to National Collegiate Rugby (NCR).

So who remains? The Rocky Mountain and Northeast conferences, but these are very strong competitions. It does mean that the rankings are limited in length, and we’ve capped it at eight, or the likely quarterfinalists come playoffs.

Independent Navy is the reigning fall 15s champion and the favorite to repeat. As mentioned, the Annapolis, Md., program is now varsity and playing a mostly NIRA schedule this fall. On Oct. 8, Navy hosts DI Elite Central Washington – circle that one on the calendar. Last Saturday, Navy beat NIRA D2 Lander University 44-0.

The Northeast plays its first league games on Sept. 17 and Northeastern University is expected to be the pace-setter. The Boston program continues to draw ridiculously impressive numbers, building all kinds of momentum for the season. Last year, the Maddogs really pushed Navy in the fall semifinals, falling 17-7, so the team is absolutely a title contender.

Fellow Northeast teams UCONN and Boston University also feature in the Top 8. The Huskies are a consistently strong program and featured in the 2021 fall 15s playoffs, banking good experience against Navy. We also like that the Huskies added another dimension to their program – spring 7s and the R7CC. UCONN scrimmaged Fairfield University last weekend, tying 27-27, and will open against Boston College this Saturday.

On the opposite side of the league, Utah State gets the nod for top team. The reigning Rocky Mountain champion opened up the league season with a 47-10 win against Montana State last weekend. (The teams then provided the resurgent Utah Valley University with a B side game).

Colorado University gave Utah State a solid push last year and fell 13 points short of the league title in fall 2021. The Buffaloes beat Wyoming 28-7 last Saturday, and even though that is a loss for the Mustangs, it was a competitive defeat and warrants an 8th seed at this juncture.

Air Force comes in at No. 6 to start. The Colorado Springs team went through a rebuild last year and dropped games to Utah State and Colorado, but it’s such a solid program that expectations remain high. Air Force was supposed to play Colorado State last weekend but that game was postponed.