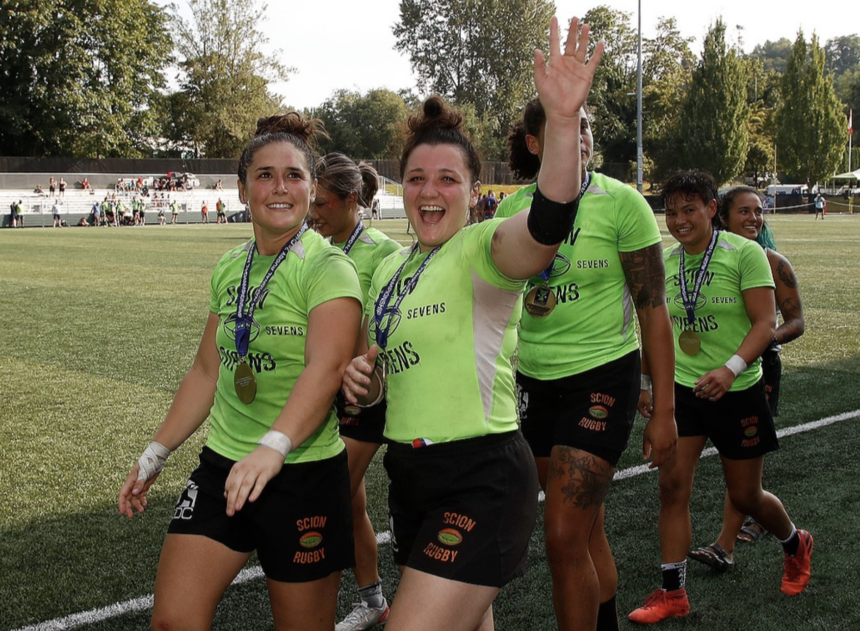 USA Club Rugby has named the 16-team field for the women’s Club 7s National Championship, which takes place Aug. 13-14 in St. Louis, Mo., alongside the men’s competition. Pools and schedule have yet to be released, but games will occur at Emerson Central Fields in Forest Park and live-streamed via The Rugby Network.

The following list is via USA Club Rugby 7s Competitions Chair Fil Keuppens (link to original post) and includes teams’ fundraising links if applicable:
[8.1.22 Update: Atomic Sisters have announced their seed at nationals so there has been at least one team change so far.]

The field has returned to its 16-team shape in 2022 (last year saw 13 women’s team commit to the tournament, requiring unorthodox seeding rounds). Teams will be divided into four pools of four, the top-two teams after pool play advance to the Cup quarterfinals, and the bottom-two in each pool route to the Bowl quarterfinals. And so and so forth.

Scion is the reigning champion and one of nine teams that return from the 2021 tournament. Teams with 7s nationals histories – former champions Berkeley and San Diego, Atlanta Harlequins, Boston, D.C. Furies and Phoenix – have rejoined the competition. And Red River is sending Houston Athletic.

The championship will miss American Pro Rugby Training Center (ARPTC), which finished third in 2021, is a former national champion, and closed up shop last year. 2021’s Boston Belles, Optimus and Santa Monica have also been replaced in 2022.