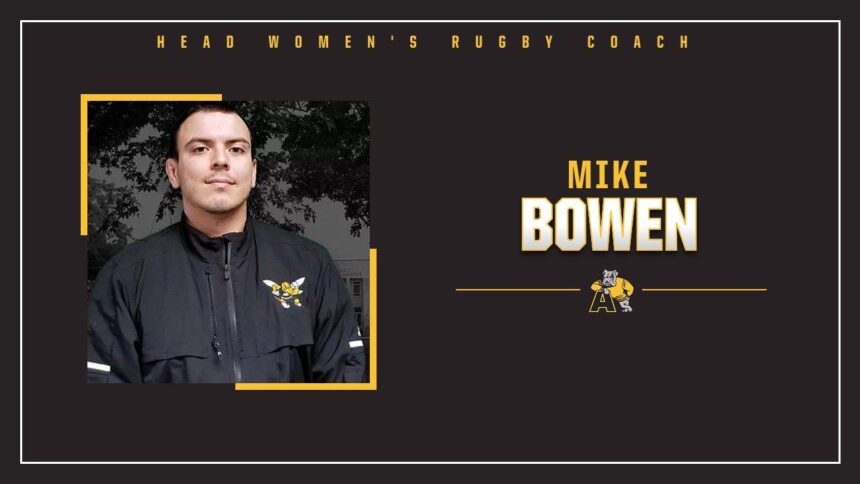 ADRIAN, Mich. – Athletic Director, Craig Rainey, announced the hiring of Mike Bowen as the new head coach of the Adrian College women’s rugby team. Bowen will take over the team that is entering its second season at Adrian College. The Bulldogs finished the 2021-22 season with a 21-12-2 record after playing both the fall and spring season in a 7v7 format.

“I’m thrilled to join the coaching staff here at Adrian College,” Bowen said. “From day one of our conversations it was clear that the athletic department had thrown their full support behind the sport of rugby. With their backing, I can see an extremely bright future for Adrian women’s rugby.”

Bowen started coaching rugby in 2014 where he was an assistant coach at La Salle High School for the boy’s rugby team. In 2017 he was named the head coach of the junior varsity team at La Salle while also becoming the assistant coach at Drexel University. During his time at Drexel, Bowen was also a member of the team where he helped team then to a second place finish in the MARC D2 7s conference.

After graduating from Drexel in 2019, Bowen made a stop as the assistant coach at Penn State to coach for the men’s team before becoming the assistant women’s rugby coach at American International College. Bowen was successful during in his recruiting efforts bringing in large freshman classes during the pandemic.

“High school girl’s rugby has exploded in popularity over the last few years, and some of the best youth players in the country consistently come from clubs throughout the Midwest,” said Bowen. “I’m looking forward to helping these players find the varsity student-athlete experience in a supportive environment.”

Bowen will begin his coaching responsibilities immediately in efforts to put a schedule together for the upcoming fall 2022 season.


On-Going: Changes for the 22-23 Collegiate Season