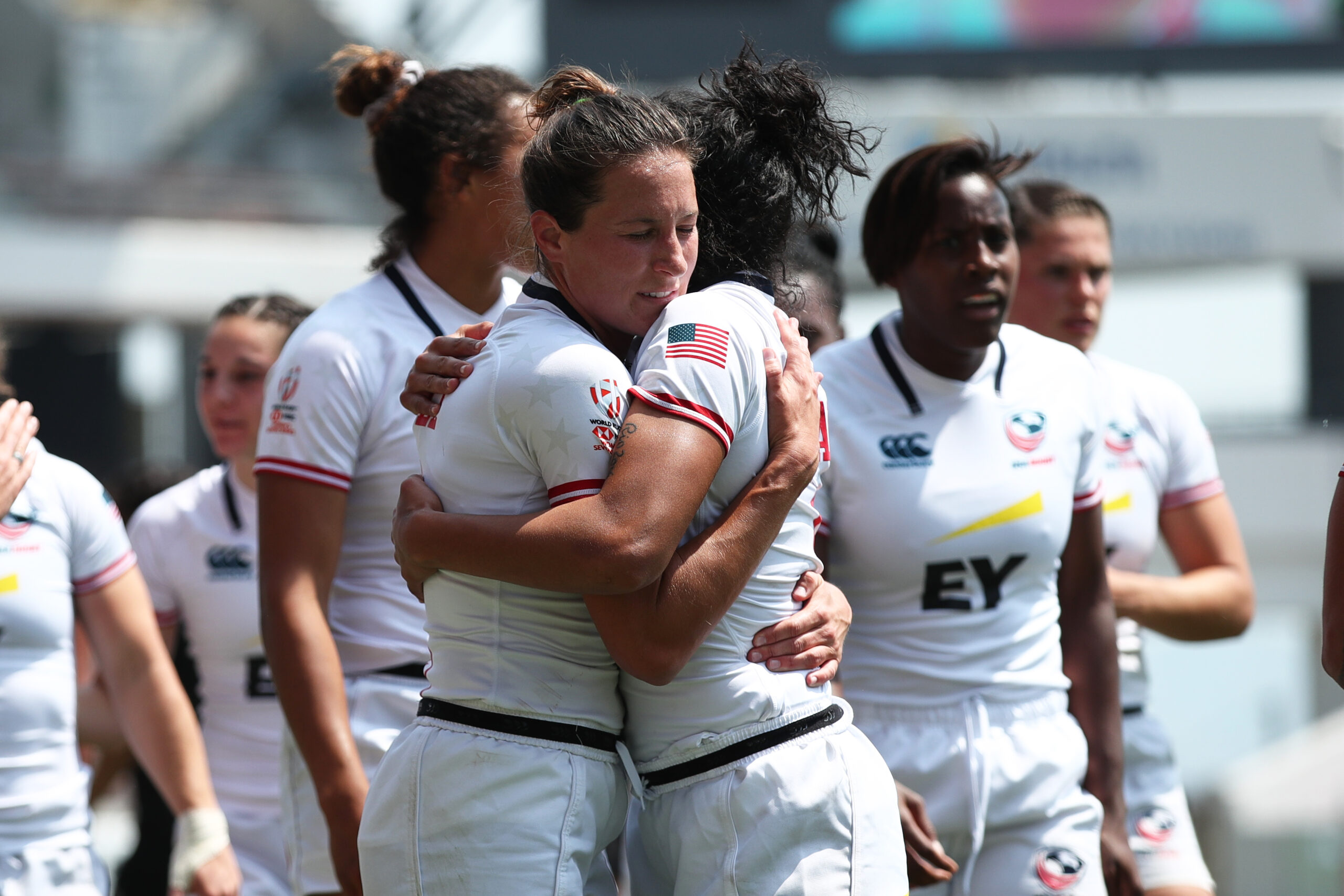 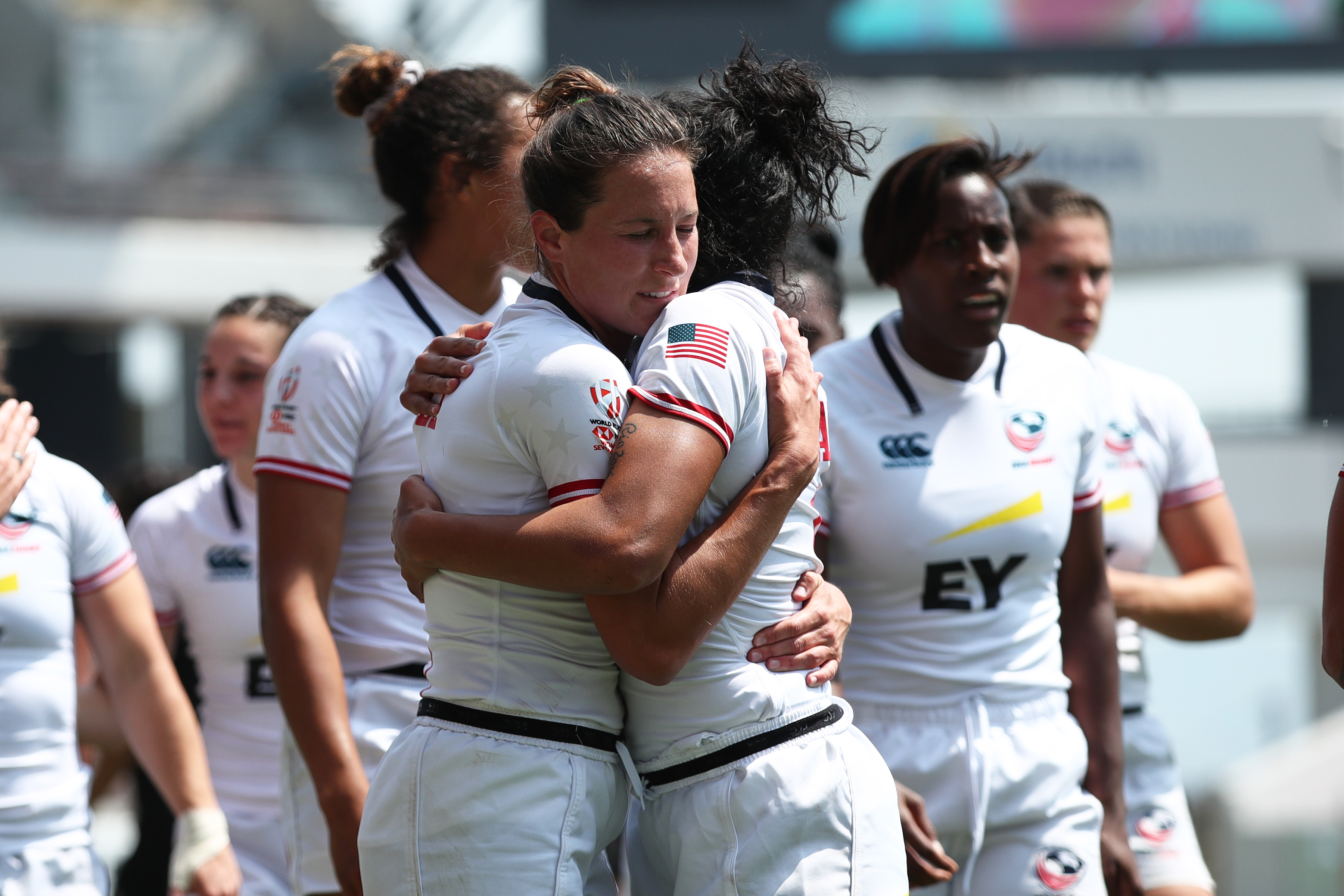 Canada was the sharper of the two North American teams competing for a berth to the Kitakyushu 7s Cup final, and the Eagles will look to rebound from the 24-12 loss with a third-place finish against France.

The USA and Canada know each other incredibly well; they trained and played against each other in the run-up to Japan. The Eagles put a different lineup on the pitch, and co-captain Nicole Heavirland didn’t take the pitch at all. But all of those things aside – familiarity, personnel – Canada was locked in from the kickoff and took advantage of the opportunities given it (the yellow card was big).

The USA had the first real opportunity to score, when Joanne Fa’avesi planted a big hit and then stole possession. It got a little scrappy but play managed to stay in-bounds, and a fortuitous kick off the ground, courtesy of former goalkeeper Cheta Emba, actually righted the American attack. The ball found Ilona Maher for a long break that Karen Paquin tracked down just meters from the corner. Naya Tapper was able to hold off two defenders in the ruck, and then Alev Kelter came flying in for the pick-up and weakside lane to the try zone, but a slight knock-on halted play.

Instead, Canada restarted with a scrum on the USA’s 10 meter, and Brittany Benn, who always manages to make ground, got the defense retreating, and then Kelter high-tackled Charity Williams, who was on a break.

Canada pounced. With no sweeper, Ghislaine Landry, the consummate general, grubbed through the line and Bianca Farella raced onto the perfectly weighted kick for the gather and try, which Landry converted, 7-0.

Canada kept its restart and kept overwhelming the defense. Benn, Paquin, Farella all made crucial carries that eventually built into an overload for Julia Greenshields to score from in close, 14-0 with Landry’s extras.

Maher made some good meters from the subsequent restart, and Meya Bizer came looping around the ruck for the pass but just knocked on. Landry caused havoc with ball in hand, forcing the defense to fracture, and then Caroline Crossley went on a tear. Kelter, back on the pitch after two minutes, made a big tackle and then drew a not-releasing a penalty – a specialty. Kelter kicked to Canada’s 40 meter and then a solid lineout set up Doyle for a dummy past Greenshields. The co-captain won the sprint to the try line, and added a very important score after the hooter, 14-7 with Kelter’s conversion.

Canada sent a deeper kickoff but it managed to hit the ground and Canada came up with it. A hard, but high, tackle from Fa’avesi awarded Canada the penalty near the USA 22, but the Americans reacted slowly. Canada took advantage in going quickly, sending the ball weak to Farella, who beat the defense relatively easily, per the big smile on her face as she dotted down in the corner, 19-7.

Canada’s restart didn’t go 10 meters, and on the second attempt, the Eagles launched from midfield. Thomas attempted to work her magic but was bundled into touch. The USA did well to disrupt Canada’s lineout, but somehow, Landry saw opportunity. The flyhalf ran across three U.S. defenders en route to a long-range try, 24-7.

The game was essentially over for the U.S. but Kristi Kirshe came on with a nice burst of energy and go-forward. The ball then worked through the hands but the finishing pass from Fa’avesi to Kelter was deemed just forward. Canada tried to run the ball out and Jordan Matyas was yellow-carded for a high tackle on Benn. Tapper then tracked down a linebreak, poached the ball and moved it to Doyle. Again, the flyhalf faked the pass to step past Paquin and outrun the defense for the try, 24-12 at the whistle.

Next Up: Kitakyushu Cup SF