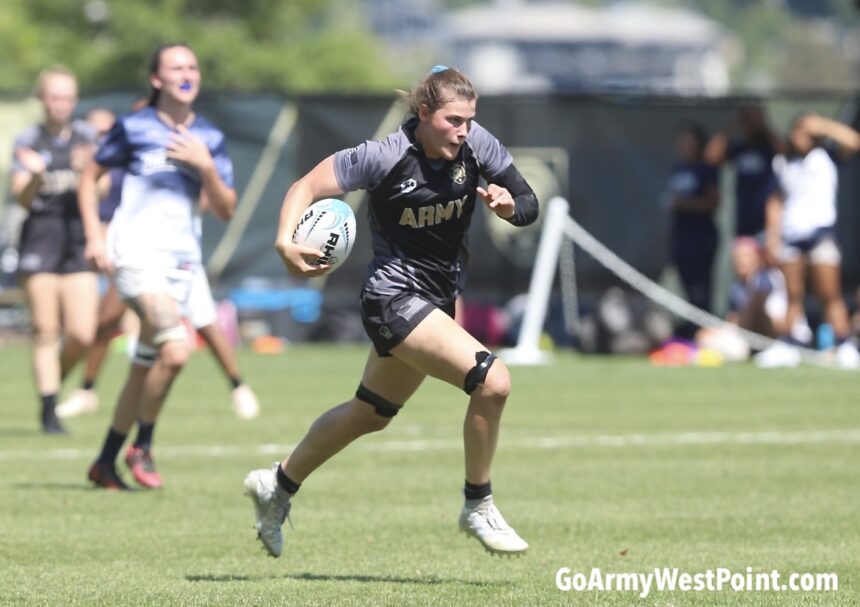 The nine-team Division I held its four matches, and the Army (3-0) vs. Quinnipiac (1-2) showdown was a cracker. The Black Knights scored first, sending Codi Butt into the try zone after 20 minutes, and then Alissa Eisenhart converted for a 7-0 lead that would last another 10 minutes. The Bobcats got on the board through Libby Moser, and Abbey Terpstra’s extras sent the teams tied into the break.

Quinnipiac broke the tie four minutes into the second half, as Kat Storey dotted down for five. Eisenhart closed in with a penalty kick (12-10), and then the home side cheered as Hannah Pfersch extended the Bobcats’ lead with a third try. Terpstra’s second conversion gave Quinnipiac a 19-10 lead with the fourth quarter to play.

It was Army’s turn to surge, and back-to-back tries from Cecilia Ollis and Sydney Schaaf, both of which were converted by freshman Eisenhart, put the Black Knights up 24-17. There were seven minutes to play, and the visitors held on for a third win this season.

A huge comeback win on the road! ✅#GoArmy pic.twitter.com/TmXjVT3EMa

After its season-opener was delayed, Dartmouth College (1-0) traveled to Sacred Heart (1-1-1) for its first game of the season. It was 10-3 at halftime, as Aly Cunningham opened up the scoring with a penalty kick for the Pioneers. Then the Big Green responded with 29-straight points. Lauren Ferridge (2), Sophie Ragg, Asia Meni and freshman Jordan Duncan scored tries, while Kristin Bitter and Abbey Savin added a conversion each.

The defending champions were back in action today as @DartmouthWRugby earned a 29-3 win at Sacred Heart! https://t.co/QxJZpIWmkZ

Harvard (2-0) beat Mount St. Mary’s (0-3) 95-7 for a second-straight win. Freshmen Lennox London and Cam Fields continued their scoring streaks, both tallying 25 points on the season so far. And sophomore Chloe Headlands also accounts for 25 points in tries and conversions. Jordan Roe, PK Vincze, Kiani Akina and Victoria Stanley all scored their first tries of the season while Brogan Mior handled kicking duties off the tee. The Mountaineers snapped the shutout with a Holly Click try in the second half.

Upcoming fixtures for week four in Division I: