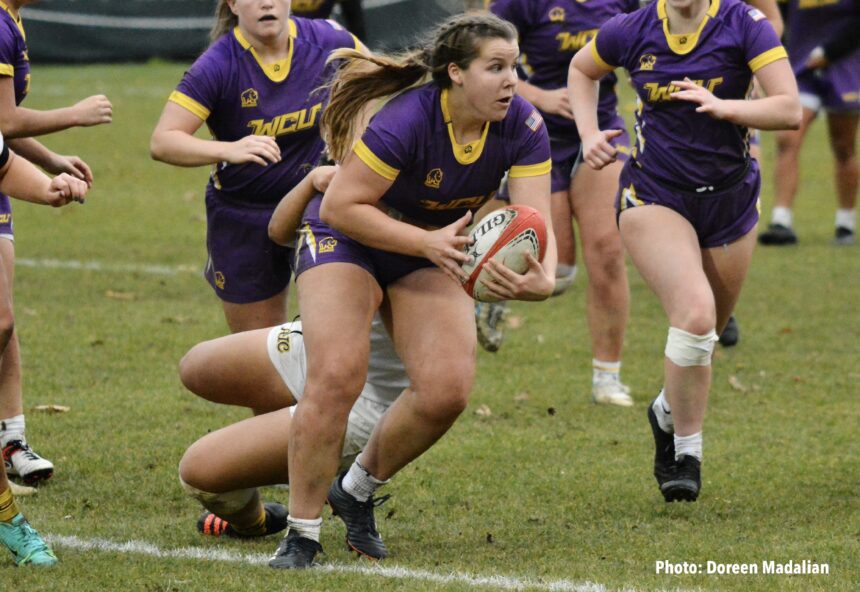 The Univ. New Haven has built from 7s to 15s in the course of a year, and played its first full 15s game against fellow D2 West Chester University. But the perennial title contenders starved the Chargers of possession in its 66-0 win, running in 10 tries, eight of which were converted by Sarah McNicholas (6) and Olyvia Eckerd (2). Captain Heather Spangler (3) and Brooke Crago (2) had multi-try days, while freshman Taylor Baldwin, Erica Arnold, Faith Morley, Christelle Alce and Natalie Cruz also dotted down.

Norwich kicked off its Division 3 season with a 34-13 win against fellow Vermont program Castleton. But the game was a big step for the Spartans, which played its first 15s games after years of 7s.

“The team has done an amazing job of on-campus recruiting,” second-year head coach Denver Divens praised the student-athletes. “They also do a great job with making the new members of the team feel welcome with team chemistry events and even extra 1-on-1 practice sessions to catch certain players up. This is a big reason we are able to have the roster we have and retain the new players who come out.” 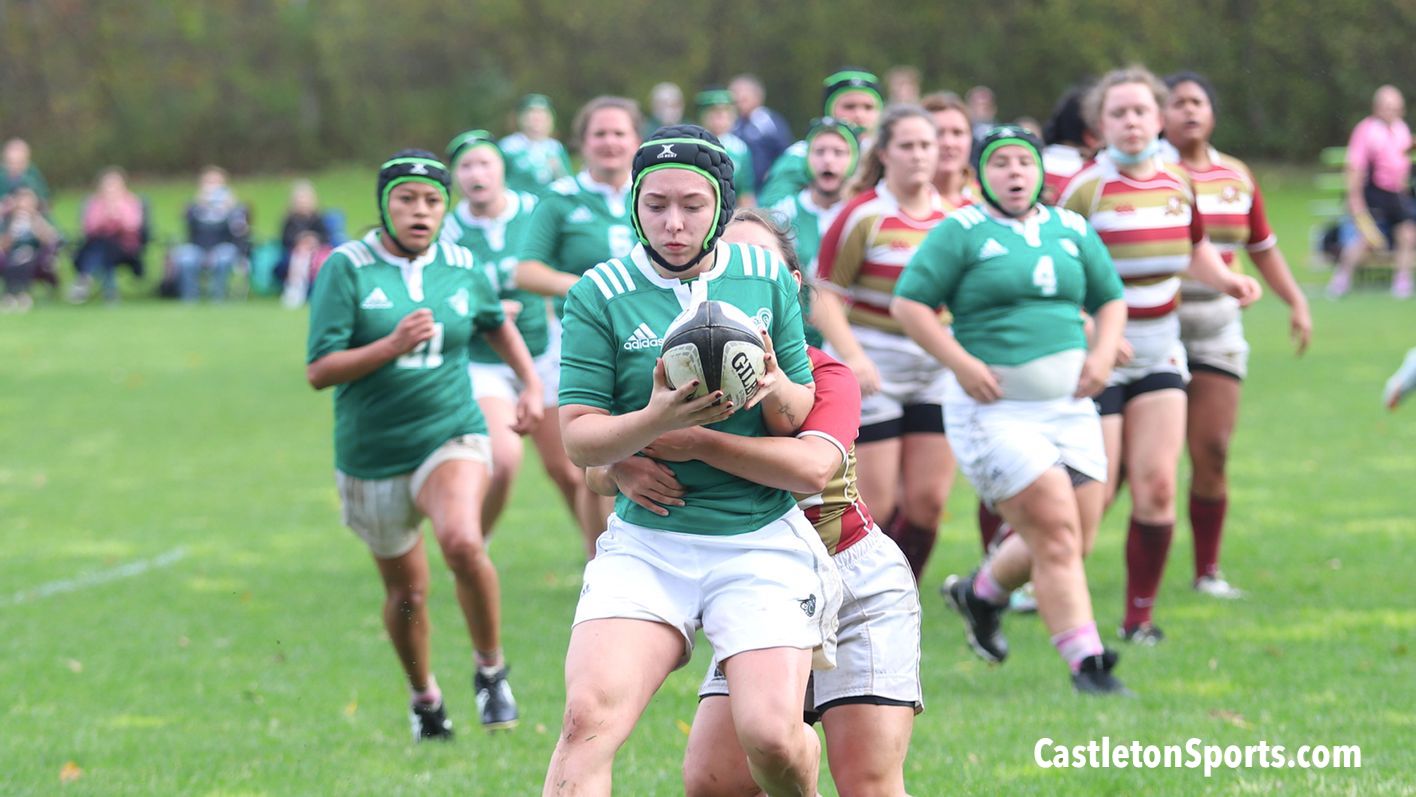 Division 2 Lander University has also upgraded to 15s and hosted DI Elite’s Life University, as well as DIII Guilford College in 7s last weekend. The Running Eagles banked an 83-0 win under new head coach Ryszard Chadwick, and the Bearcats rallied with a 22-5 win against the Quakers.

The provisional division’s Newberry College and Alderson Broaddus – both D2 programs – split a set of 7s matches in Phillipi, W.V. The first-year Wolves won the first runout 17-7 behind two Anna Howell tries and a third from Taqwai Seburn. Freshman Dantzler Long added a conversion. And then the home side took the second game 15-10. Howell, who hails from Centennial in Idaho, finished the day with three tries overall.

There were a pair of really exciting non-conference 15s matches for NIRA members. D2 national champion American International College (AIC) traveled to Denville, N.J., to face the U.S. Naval Academy. The Yellow Jackets banked a 12-5 win against the Midshipmen, working Fane Puletau and Annekkia Ritter-Truxal into the try zone and with Kassidy Pothier adding a conversion. In the waning minutes, Ana Olszewski scored for Navy, which is playing toward the DI CRAA fall 15s post-season this year.

“I was proud of the women for battling for 80 minutes against Navy, a fit and consistent team,” AIC Director of Rugby T Fletcher lauded the effort. “I was impressed by their resilience and persistence while being tested by Navy’s forwards and strategic kicking game.”

Queens University of Charlotte played its first 15s game of the season and hosted DI Elite’s Penn State. The Royals had warmed up with a set of 7s matches against Guilford College, while the Nittany Lions beat Michigan 57-5 last week. It was 22-19 to Queens at the half, and then the Royals held Penn State scoreless in the second 40 for a 41-19 win. Watch the game film.

After Army West Point rallied for a 24-19 win against D1 Quinnipiac (read more), the Black Knights’ B side played the Univ. New England in Hamden, Conn. Army won 62-3.

And finally, Adrian College took the pitch for a second time this season, the first runout being a pair of 7s matches against Univ. Michigan. The Michigan team pitched a no-hitter against Toledo, a senior women’s club, in a 73-0 win. The Bulldogs are scheduled to host D2 Davenport University, which has had its first two matches cancelled thus far.